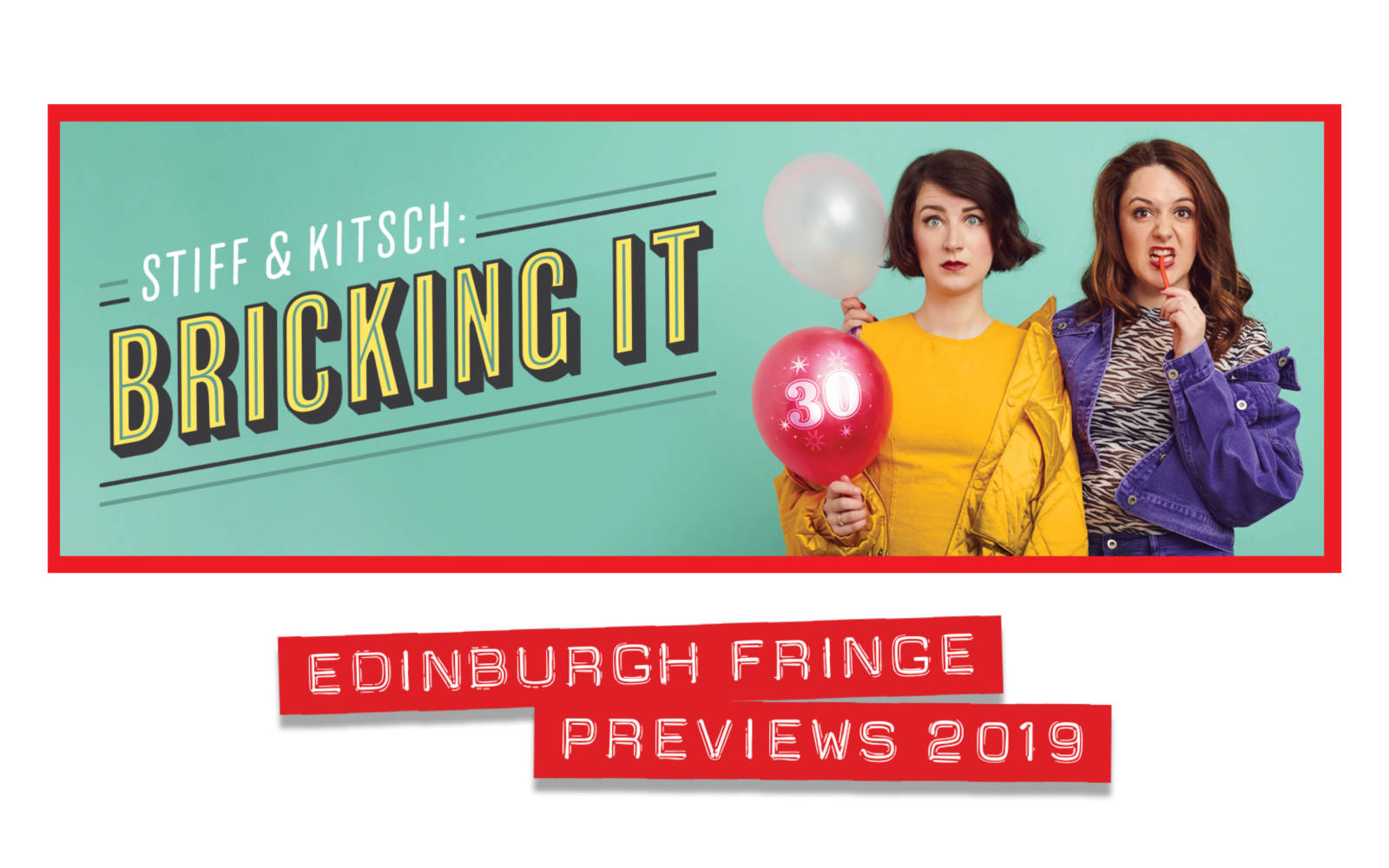 Musical Comedy Award winners 2018 sing about everything keeping them awake at night: tax, wooden cutlery and the consequences of last night’s eight double G&Ts. Each.

From the creators of the hit show, Adele Is Younger Than Us, Stiff and Kitsch: Bricking It is a story of life’s favourite fears, told through one big night out and one miserable morning after.

Everyone’s scared of something, but there’s safety in numbers: maybe we’ll be braver together.

Rhiannon Neads and Sally O’Leary are the winners of the 2018 WeGotTickets Musical Comedy Awards and the Vault Comedy Award 2017. Their debut show ‘Adele Is Younger Than Us’ sold out venues across the UK and Ireland and returned to play the Soho Theatre in 2018. They were the faces of the Kinder Bueno ‘Adulting’ Campaign, and have collaborated with BBC Three Quickies, showcasing work on Comedy Central UK and Diva Magazine. Individually they have written for Comedy Central’s ‘Laughing at Salad’ and been shortlisted for both the Funny Women Comedy Writing Award and BAFTA Rocliffe Comedy Writing Award.