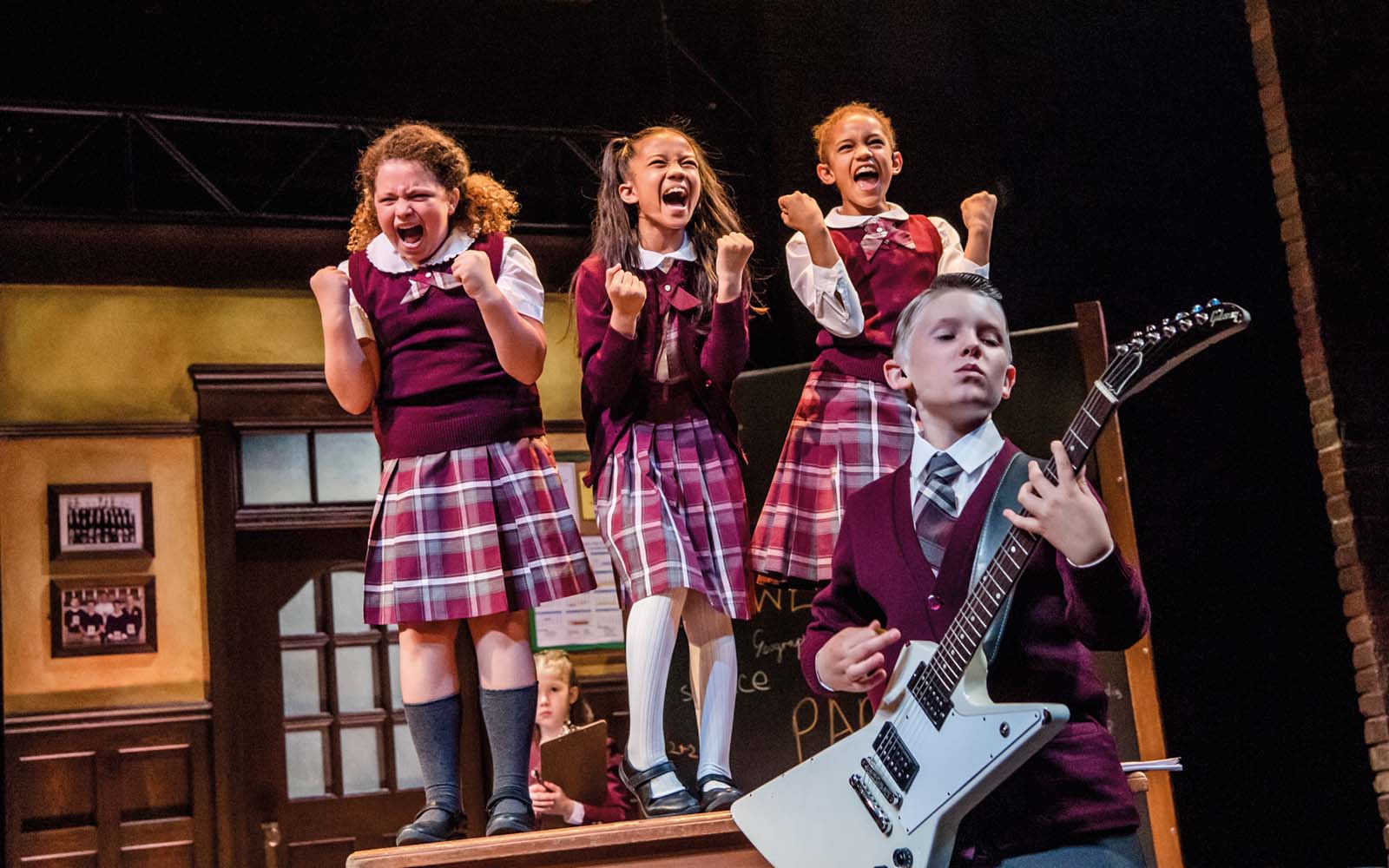 The film blew your mind. The musical conquered Broadway. And now London will learn how to rock.

Based on the hit movie, School of Rock follows dropout Dewey Finn, a failed rock star forced to earn some extra cash by posing as a teacher at a prestigious prep school. But Dewey isn’t going to teach them algebra or arithmetic, oh no. These kids are going to learn what it takes to become the most awesome rock n’ roll band of all time! But can his new group win the Battle of the Bands without being schooled by their parents and headmistress, or will Dewey have to face the music?

With a new score from Andrew Lloyd Webber, lyrics by Glenn Slater, book by Julian Fellowes and an incredible cast of kids shredding guitars, pounding drums and rocking out live, School of Rock is a pop-tastic treat for all ages. You’re invited to tune your air guitar, raise your rock salute and discover the show that hits all the right notes.

AGE RECOMMENDATION 5+.
Contains occasional strong language and may not be suitable for very young children. Every customer must have their own ticket and be able to sit in their own seat – babes-in-arms are not admitted to the auditorium.

WARNING Please be advised that smoke effects and strobe lights are used during this performance.

School of Rock News and Reviews

School of Rock to complete run at Gillian Lyne Theatre

School of Rock The Musical will complete its hugely successful run at the Gillian Lynne Theatre on Sunday 1 March.

The most enjoyable few hours money can buy

A feel-good experience with a hint of anarchic wildness

Find out how to get to the Gillian Lynne Theatre and make the most out of your visit.

We’ve partnered with Gala Pro – a revolutionary app for accessibility and translation, which enhances your experience at live performances. You can use the app to enjoy the show with subtitles, audio description, closed captioning, audio amplification or language translation.

CUSTOMER SERVICES
For help with an existing booking, please call 020 7087 7950 or email customer.relations@lwtheatres.co.uk