About the Adelphi Theatre

About the Adelphi Theatre 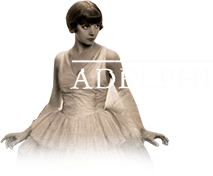 The Adelphi Theatre is co-owned with the Nederlander Group.

If you’d taken a stroll down the Strand at any point over the last 200 years, you would have found a playhouse on the site where the Adelphi now sits. Having celebrated its bicentenary in 2006, the current theatre is actually the fourth venue here on the Strand – and it’s changed names no fewer than seven times.

The original theatre, the Sans Pareil (‘Without Compare’, for you non-French speakers) was launched by businessman John Scott in 1806, primarily so he could show off the talents of his daughter. Luckily, writer and pianist Jane Scott actually had the skills to show off and proved to be a massive success over the next 14 years. She not only wrote and appeared in more than 50 pieces ranging from farces, melodramas, comic operas and pantomimes, she also changed the face of British theatre forever by putting on works that appealed to all classes, instead of just catering to the privileged few. Jane finally retired in 1819 at which point her father sold the theatre for a very healthy profit. 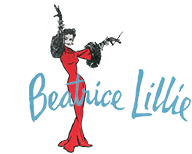 The next owners, Jones and Rodwell, changed the theatre’s name to The Adelphi and swiftly turned it into the place to be. They understood that nothing puts bums on seats like a spot of controversy. Their production of Pierce Egan’s Tom and Jerry; or Life in London (described as the Beggar’s Opera of its day) caused outrage and complaints from angry Methodists, who objected to its louche characters and bawdy exploits. Naturally, audiences queued round the block.

The Adelphi has changed hands – and name – many times since Jones and Rodwell sold the theatre in 1825, but its reputation has endured. Terry and Frederick Yates found a smash-hit success with one of their first major productions, The Pilot, which broke Tom and Jerry’s record by playing a whopping 200 times. Clearly they too had tapped in to the Adelphi’s recipe for success. The early melodramas – which became such an institution here that they were popularly known as the ‘Adelphi screamers’ – followed stage versions of popular novels, including adaptations of Charles Dickens’ generation-defining work. Later, the theatre even hosted the first opera by Arthur Sullivan (of Gilbert & Sullivan fame) – Cox and Box, in 1867. 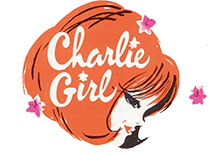 The Gatti brothers were the next characters to add their own distinctive chapter to the colourful history of this venue. The enterprising restaurateurs, music hall, theatre and electricity supply entrepreneurs completely re-built the theatre again in 1901, with the dramatic set pieces gradually giving way to musicals in the form of The Quaker Girl (1908), Evergreen with Jessie Matthews (1930), Noël Coward’s Words and Music (1932) and Cole Porter’s Nymph Errant (1933).

The last major reconstruction here took place in 1930. When you come to visit us you’ll still be able to see the beautiful art deco features installed by architect Ernest Schaufelberg when the most recent incarnation of the Adelphi Theatre opened in December of that year. And despite the Gatti family eventually selling the building to Woolworths in 1955, you’ll be pleased to hear that plans to turn it into a supermarket never materialised!

Its current co-owner, Andrew Lloyd Webber (you may have heard of him) bought the Adelphi in 1993 and gave it another major facelift ahead of the world premiere of his musical Sunset Boulevard, starring Patti Lupone. It was the first of several major successes of his at the theatre, with the legendary stage later seeing revivals of Evita (2006) and Joseph and the Amazing Technicolor Dreamcoat (2007), as well as the world premiere of Love Never Dies in 2010. 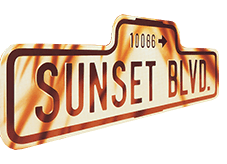 But Lloyd Webber’s musicals weren’t the only ones to chime with audiences. The Olivier Award-winning Chicago opened in November 1997 at the Adelphi and became the longest-running production in the theatre’s history – as well as the longest running American musical on the West End – finally transferring to the Cambridge Theatre in 2006. That’s quite an achievement, and surely no small thanks to a long list of celebrity castings including Brooke Shields, Alison Moyet and, of course, iconic TV superstar David Hasselhoff. 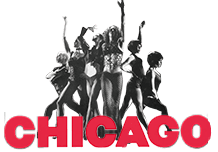 And the hits have just kept on coming – from the hugely successful National Theatre transfer of One Man, Two Guvnors (2011) starring James Corden, to beloved institutions of the industry Michael Ball and Imelda Saunton heading over from the Chichester Festival Theatre with Sweeney Todd (2012). There was also the world premiere of film-turned-musical The Bodyguard and, of course, Gemma Arterton turning picketing into a musical art form in Made in Dagenham in 2014. Since then, the Adelphi stage has been strutted night after night by the sequin-stilettoed cast of the multi-award-winning, heart-warming, dazzling delight that is Kinky Boots. 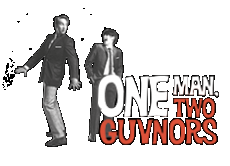 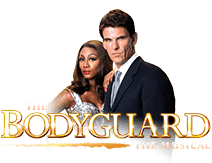 Picking a top-ten shows from 200 years of top-notch drama, comedy, musicals and panto would be tough, but we know someone who might be able to help: William Terris, the theatre’s reputed ghost. Terris was a celebrated actor appearing in the run of Secret Service at the Adelphi in 1897 when he was fatally stabbed by jealous colleague Richard Prince whilst entering the theatre. Terris died in his leading lady’s arms, uttering the words ‘I’ll be back’. A plaque dedicated to his memory hangs on the Adelphi rear wall in Maiden Lane and his ghost has allegedly been seen inside the auditorium and around Covent Garden tube station.

So if you’re talking too loudly during today’s performance and feel a cold hand on your shoulder…don’t say we didn’t warn you.