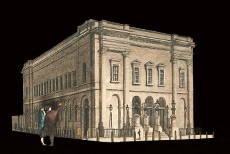 If you’ve ever been to see a production at Theatre Royal Drury Lane, you’ll know there’s a distinctive flair for the spectacular that makes the place so special. For more than 100 years the theatre has become famous for staging some of the most ambitious, breath-taking spectacles seen on a West End stage. Audiences over the decades have been delighted and astounded by chariot races in Ben Hur, the Derby and an earthquake in The Hope, the Battle of Rorke’s Drift in Youth, and a train crash in The Whip, as well as sinking ships, air balloons and underwater fights – not to mention the Chelsea Flower Show, Madame Tussaud’s Chamber of Horrors, the flooding of Paris and Alpine avalanches. 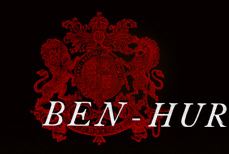 Oh, and let’s not forget that it’s also where the British public first heard the National Anthem and Rule, Britannia!. 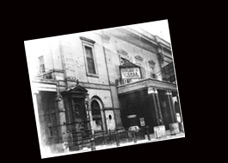 But the remarkable longevity of this incredible venue didn’t come about by accident. The history of the Theatre Royal’s renovations is an amazing tale in itself, marked by the tireless commitment of several exceptional individuals. First erected in 1663 by Thomas Killigrew under a Royal Charter from King Charles II, the original building is notable for its size, being only as big as the present-day stage, and its short life, being destroyed by fire in 1672. Killigrew’s second theatre, which opened its doors in 1674, managed a far more substantial shift – remaining in operation for 117 years. 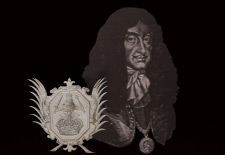 It was this site that saw some real characters come and go, including Thomas Betterton, who played Hamlet when he was over 70, and Charles Macklin who murdered a fellow actor in the Green Room and lived to be over 100, along with the managerial tenure of the legendary David Garrick, whose reforms have since shaped modern theatre as we know it. As Drury Lane continued to thrive, Garrick’s successor Richard Sheridan oversaw the demolition of the ageing building and replaced it with a revamped and resized incarnation – designed to seat 3,600 people – in 1794.

Unfortunately for Sheridan, he too would learn that theatre management can be a cruel mistress, and despite installing the world’s first safety curtain, his building would burn down just 15 years later. But from the ashes arose the current theatre, designed by Benjamin Wyatt, which has been going strong since 1812. You can still see most of the front of house features here today, which were refurbished in 2013 but remain almost as they were at the first performance.

Drury Lane’s legacy as a home for visually staggering set-pieces began in the late 19th century and was really nailed down during the 1920s after a succession of adventurous managers, most notably FB Chatterton, Augustus Harris, Arthur Collins and Alfred Butt, had made it London’s go-to destination for lavish musicals. A highlight surely has to be The New Moon (1929), which included a blazing pirate ship as one of its scenic attractions, and whose star Evelyn Laye received ‘torrents of applause’. Talk about crowd-pleasing. 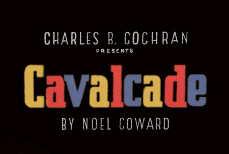 Since then the theatre has gone from strength to strength. The 1930s saw Noël Coward’s Cavalcade, with its stunning sets and huge cast of 400, become a major success, as well as a string of popular efforts from iconic composer and actor Ivor Novello. Glamorous Night (1935), Careless Rapture (1936), Crest of the Wave (1937) and The Dancing Years (1939) had crowds flocking to Covent Garden, with Novello starring in all of the productions. In true Drury Lane fashion, he would also introduce as many edge-of-your-seat scenic effects as possible, including sinking ships, a fair on Hampstead Heath, a train crash and an earthquake. 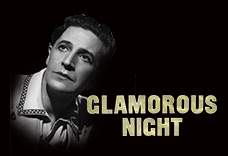 Despite being in the wars – quite literally during the 1940s, when an unexploded gas bomb destroyed the rear of the auditorium – the theatre saw plenty more success in the 20th century. A dazzling decade began when legendary composers Rodgers and Hammerstein brought hits to the stage starting with Oklahoma! (1947-50) and continuing with Carousel (1950-51), Mary Martin in South Pacific (1951-53) and The King and I (1953-56) with Valerie Hobson and Herbert Lom. 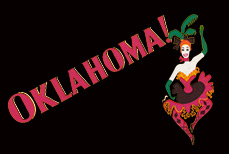 The mantle was then taken up by the beloved My Fair Lady (1958-63), which opened with the original Broadway cast of Julie Andrews, Rex Harrison and Stanley Holloway, along with Cecil Beaton’s gorgeous costume designs that audiences would recognise from the film version. This enduring classic was revived by Cameron Mackintosh and transferred here from the National Theatre with Jonathan Pryce in 2001 – another nod to the impressive staying power of the Drury Lane. 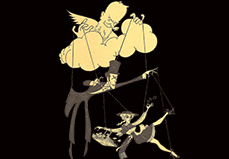 And still the momentum continued. Camelot (1964-65) was an enormous spectacle and Mary Martin made a popular return to the theatre in Hello, Dolly! (1965-67) – a role taken over with great success by Dora Bryan in 1966 – before Ginger Rogers flew in for another Jerry Herman extravaganza in Mame (1969), Harold Fielding produced the surprise hit The Great Waltz (1970-72) and Scarlett, a musical version of Gone with the Wind, debuted in 1972.

But for all its big-name acclaim and star-spangled line-ups, Drury Lane has never been afraid to push the envelope, famously putting on an original production of Stephen Sondheim’s grizzly Sweeney Todd (1980) with Denis Quilley and Sheila Hancock, a risqué outing of The Best Little Whorehouse in Texas (1981) and Joseph Papp’s newly scored production of The Pirates of Penzance (1982). The stage also made a bold call with 42nd Street (1984-89), which made tap dancing fashionable again and was enormously popular, recently earning a return to the stage from 2017-2019, with Lulu appearing for its final year. Capping off an impressive decade, Cameron Mackintosh’s production of Miss Saigon (1989-99) flew in and still holds the record as the theatre’s longest-running show, with a total of 4,263 performances. The helicopter landed at almost every one of them. 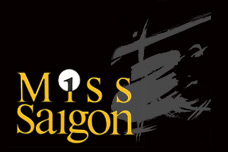 The 21st century has brought with it a host of modern masterpieces at Drury Lane, including The Witches of Eastwick (2000), The League of Gentlemen (2001), The Stars of the Bolshoi (2001) and Trevor Nunn’s award-winning NT production of Anything Goes (2003). The hilarious arrival of The Producers in 2004 kept audiences in stitches for over two years before The Lord of the Rings (2007) once more raised the bar for a theatre renowned for setting trends, using cutting-edge technology to create the kind of mesmerising show that keeps astounding the crowds.

The current programme here continues to be as diverse as it is dazzling. In 2015 the theatre hosted the British Academy Television Awards, concerts by Lulu and Opeth as well as an all-star 85th birthday tribute for Sondheim. And when TV favourite Michael McIntrye’s Big Show arrived in town, we became its royal new home. In February 2014 John Travolta flew in from America for an on-stage interview, with Michael Douglas doing the same in 2016, and the venue also hosts music concerts by performers from Engelbert Humperdinck to KT Tunstall.

Despite a fascinating past stretching back over almost four centuries, Theatre Royal Drury Lane still has its gaze firmly on the future. In 2018, Westminster City Council gave approval for plans to make substantial refurbishment to the front of house and backstage areas and in July 2021, it transformed into an all-day destination for entertainment, afternoon tea, dining, drinking, art and culture.