About the Gillian Lynne Theatre

About the Gillian Lynne Theatre 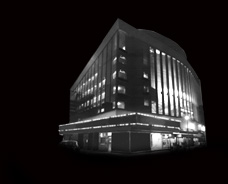 Let’s take you on a short trip way back in time, to an age when powdered wigs were all the rage and the wonderfully varied story of this unique theatre was just beginning to take shape. Nell Gwynne, a mistress of Charles II, was often spotted down at the tavern which used to sit on this site, which by the end of the 17th century was called the Great Mogul. By the early 18th century it was starting to be known as a meeting place for the original Glee Clubs and rousing ‘sing-songs’ were frequently heard echoing from the adjoining hall.

It underwent the first of many transformations when The Mogul Saloon was built in 1847 and, over the next four years, was renamed the Turkish Saloon and the Mogul Music Hall before finally settling on the name The Middlesex Music Hall in 1851. The popularity of this new hotspot continued to grow and the crowds kept on coming, so reconstruction work took place in 1872, and later in 1892, to house the swelling audiences flowing through its doors.

In 1911 it needed a new building entirely, so the New Middlesex Theatre of Varieties was born under the watchful eye of Oswald Stroll. When it was acquired by George Grossmith and Edward Laurillard in 1919, the theatre received a fresh new facelift as the interiors were completely redecorated and it was, once again, renamed – this time starting life anew as The Winter Garden.

It was a hat-trick of Jerome Kern musicals – Sally (1921), The Cabaret Girl (1922) and The Beauty Prize (1923) – that kicked off a new era here, and the theatre continued to find its feet as a destination for musical theatre with several acclaimed productions. Among these were The Vagabond King (1927), Fred and Adele Astaire in Funny Face (1929), Sophie Tucker in Follow a Star (1930) by Vivian Ellis, Gracie Fields in Walk This Way (1932) and later The Water Gypsies (1956), written by Vivian Ellis and A. P. Herbert.

But drama was most definitely on the agenda for this up-and-coming venue too. The Winter Garden received widespread renown for a number of fine plays, including Lewis Casson in George Bernard Shaw’s On the Rocks (1933), Love on the Dole (1935) starring Wendy Hiller, a Donald Wolfit season (1945), Agatha Christie’s Witness for the Prosecution (1953), Hotel Paradiso (1956) featuring an all-star cast of Alec Guinness, Douglas Byng, Irene Worth and Billie Whitelaw as a maid, as well as Tyrone Power in Shaw’s The Devil’s Disciple (1956) and Eugene O’Neill’s The Iceman Cometh (1958).

However, not all journeys are smooth sailing, and in 1959 the theatre closed when the Rank Organisation sold it to a property developer. The Winter Garden was stripped and stood idle for many years whilst different plans for the site came and went. Things looked bleak for a while, but as you all know, the story turns out alright. Eventually the venue was demolished and the replacement building as it stands today consists of an underground car park, a cabaret venue, the theatre, a basement nightclub/bar, several shops and a residential tower.

It proved to be yet another inspired piece of rejuvenation that would bring the theatre into the modern world and set it up for plenty more years of success. The new auditorium opened in 1972, under the supervision of Bernard Delfont, with a television recording of the legendary Marlene Dietrich’s one-woman show. The Peter Ustinov classic The Unknown Soldier and His Wife heralded the official theatrical opening in January 1973, featuring Ustinov’s daughter Tamara alongside Brian Bedford.

As if to celebrate its newfound sense of modernity, the theatre kicked off an array of exciting new shows – next up was Grease, with Richard Gere as Danny Zuko and a young Elaine Paige in the cast, before Sheila Hancock and George Cole stopped by to star in Deja Revue (1974) directed by Victor Spinetti. This was followed by a successful stint for Bruce Forsyth and his one-man show (1975), before a scintillating series of short seasons including Kwazulu, Africa’s Musical Explosion (1975) and John Hanson in Ivor Novello’s Glamorous Night (1975). 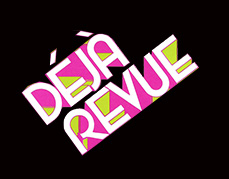 Television was also intertwined with this new-look venue – at that time called the New London Theatre – and from 1977-1980 the auditorium found great success as a television studio, broadcasting early seasons of championship snooker and the long-running This Is Your Life. Around that time you also would have seen it used as a conference centre, such was the theatre’s revolutionary design and remarkable versatility.

But it was the intervention of Andrew Lloyd Webber that would see the theatre discover its true calling as a home for truly groundbreaking musical productions. The opening of his iconic, worldwide smash hit based on the poems of T. S. Eliot, Cats, in 1981, saw the venue return to full-time duty as a theatre. With star performances from Elaine Paige, Brian Blessed, Wayne Sleep, Paul Nicholas, Sarah Brightman and Bonnie Langford, it became an instant classic. But it was also the work behind the scenes of director Trevor Nunn and co-producer Cameron Mackintosh to harness the magnificent revolving auditorium that made it a real standout success. And then, of course, there was Gillian Lynne’s masterful choreography, which so defined the show and secured her legacy as one of the finest ever musical theatre innovators (as you may well have noticed, the building is now named after her). 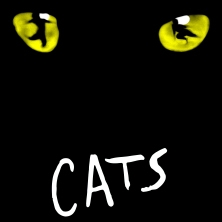 Continuing his ever-closer association with the venue, Lloyd Webber’s Really Useful Group purchased it in 1991 before making it an official part of LW Theatres in the year 2000. As we entered the new millennium, change was once more in the air. In 2002, it was announced that Cats, by then the longest-running musical in West End and Broadway history, was to close, ending the first of its nine lives on its 21st birthday on 11 May that year. Fittingly, it went out in style, with the final performance broadcast on a large screen in Covent Garden’s gorgeous Piazza. As we know, all good things must come to an end.

But for a theatre characterised by its evergreen adaptability, this was just another fascinating turn in a long and winding road. Prior to the opening of Umoja – The Spirit of Togetherness in 2002 the building underwent an extensive programme of work to reinstate the original stage machinery and auditorium features which made it so versatile that on its opening in 1976 it was hailed as ‘Europe’s revolutionary new entertainment venue’. Understandably excited by the prospect of designing a ‘theatre for the future’, architects Paul Tvrtkovic and Sean Kenny set about the challenge of inventing a whole new set of breath-taking features – most notably the stunning 60-foot revolve, which includes the stage, orchestra pit and part of the seating, and was used to great effects in Cats.

Since then, the theatre has been no stranger to hit productions. The 21st century has seen Bill Kenwright’s new production of Joseph and the Amazing Technicolor Dreamcoat (2003) starring Stephen Gately, The Blue Man Group bringing a fresh new type of theatricality to London in 2005, and Sir Ian McKellen leading RSC ensemble casts of King Lear and The Seagull (2007), followed by short runs of new musicals Gone With the Wind (2008) and Imagine This (2008). A pretty successful decade already, you might be thinking. But then the National Theatre’s award-winning stage production of Michael Morpurgo’s War Horse transferred here in 2009 and went on a record-breaking eight-year run, delivering an emotional, visually inventive spectacle to packed houses. 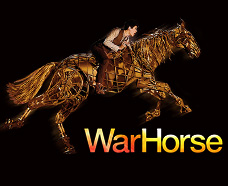 The theatre’s tradition of innovation and reinvention has continued with Andrew Lloyd Webber’s reimagining of School of Rock which taught London how to rock from 2016-2020, and most recently, his highly anticipated version of Cinderella, a new romantic musical comedy featuring an original story and book by 2021 OSCAR winner Emerald Fennell (Promising Young Woman). Next, the Gillian Lynne theatre will be transformed into the magical winter world of Narnia when The Lion, the Witch and the Wardrobe arrives in summer 2022.

The venue made history in May 2018 when it formally changed its name from the New London to the Gillian Lynne Theatre, becoming the first West End theatre to be named after a woman in order to celebrate the life and work of a groundbreaking choreographer, visionary director and a true musical theatre great, who would sadly pass away later that year at the age of 92. It is a fitting tribute to her pioneering legacy and love of the West End that her name will be illuminated in these glamorous surroundings forever more.