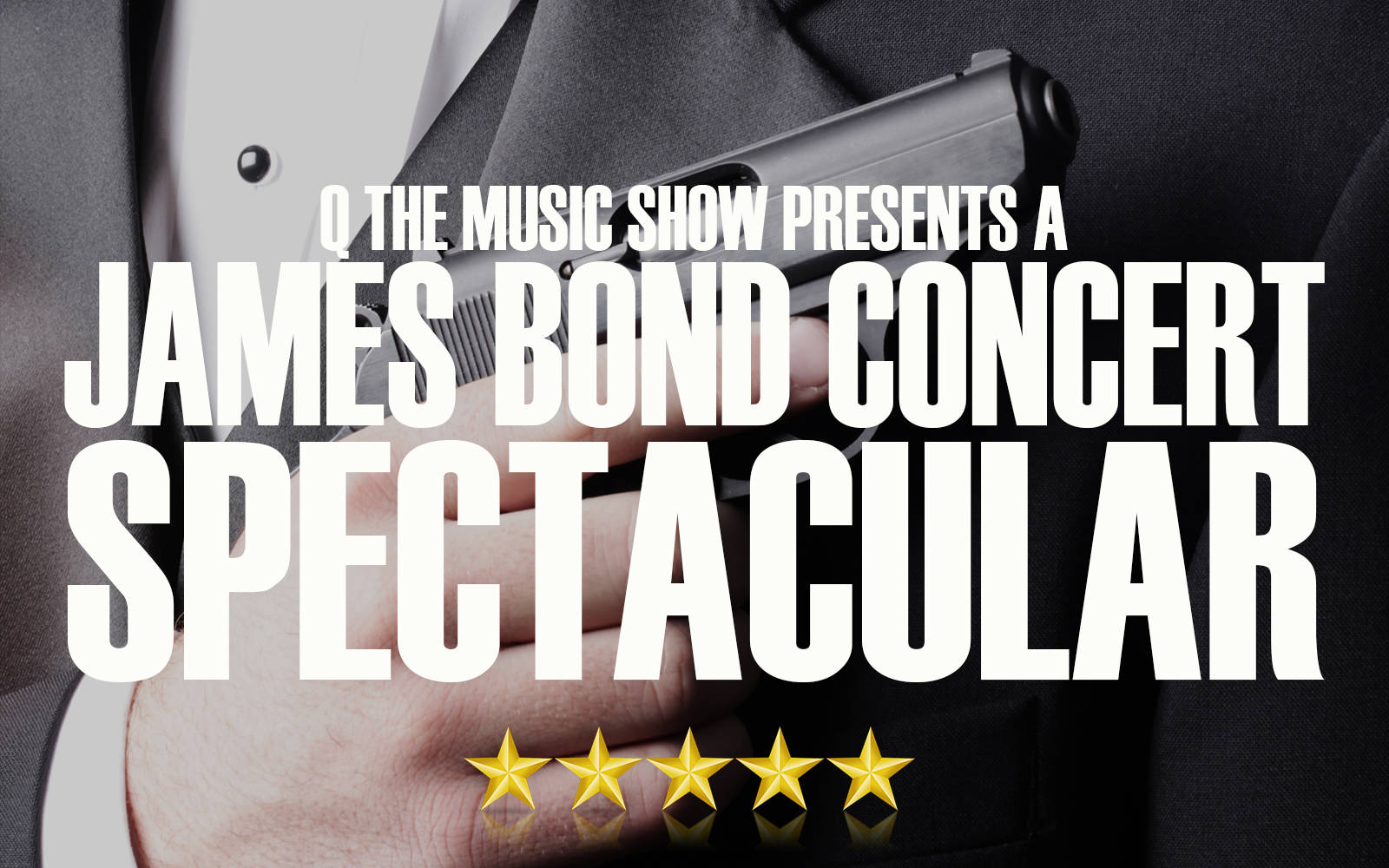 The producers of The James Bond Concert Spectacular have made the difficult decision to cancel their show at the Adelphi Theatre on Sun 18 October 2020.

With our best wishes for your health and well-being,

The James Bond Concert Spectacular is returning the Adelphi Theatre, bringing the fabulous and iconic music of James Bond to you in a stunning concert. This show has been a huge success all around the world with its energetic and exciting performance by some of the UK’s leading musicians. The show will be compered by the lovely Caroline Munro (Naomi in The Spy Who Loved Me).

Featuring all the songs from the 007 movies, you can hear the greats like Goldfinger, Diamonds Are Forever, Skyfall, Thunderball, Live And Let Die, Goldeneye and Licence To Kill amongst all the others. With top musicians and an informative compere – who appeared in the films herself, this show has everything you could want for a fabulous night out – and one that you will be talking about for years to come.

Formed in 2004, Q The Music Show has established a worldwide reputation for their authentic covers, orchestral sound and fabulous hair-raising vocalists. The show has been popular abroad at events in Monte Carlo, Switzerland, Germany, Italy, Guernsey, Prague and many others. In 2019, the show made its debut on the West End, selling out the Adelphi Theatre and receiving critical acclaim in The Times.

In 2017 they were asked to perform at Sir Roger Moore’s official memorial event in front of Royalty and the who’s who of the British film industry including Sir Michael Caine, Dame Joan Collins and David Walliams.

Don’t miss this superb evening as…Nobody Does It Better!