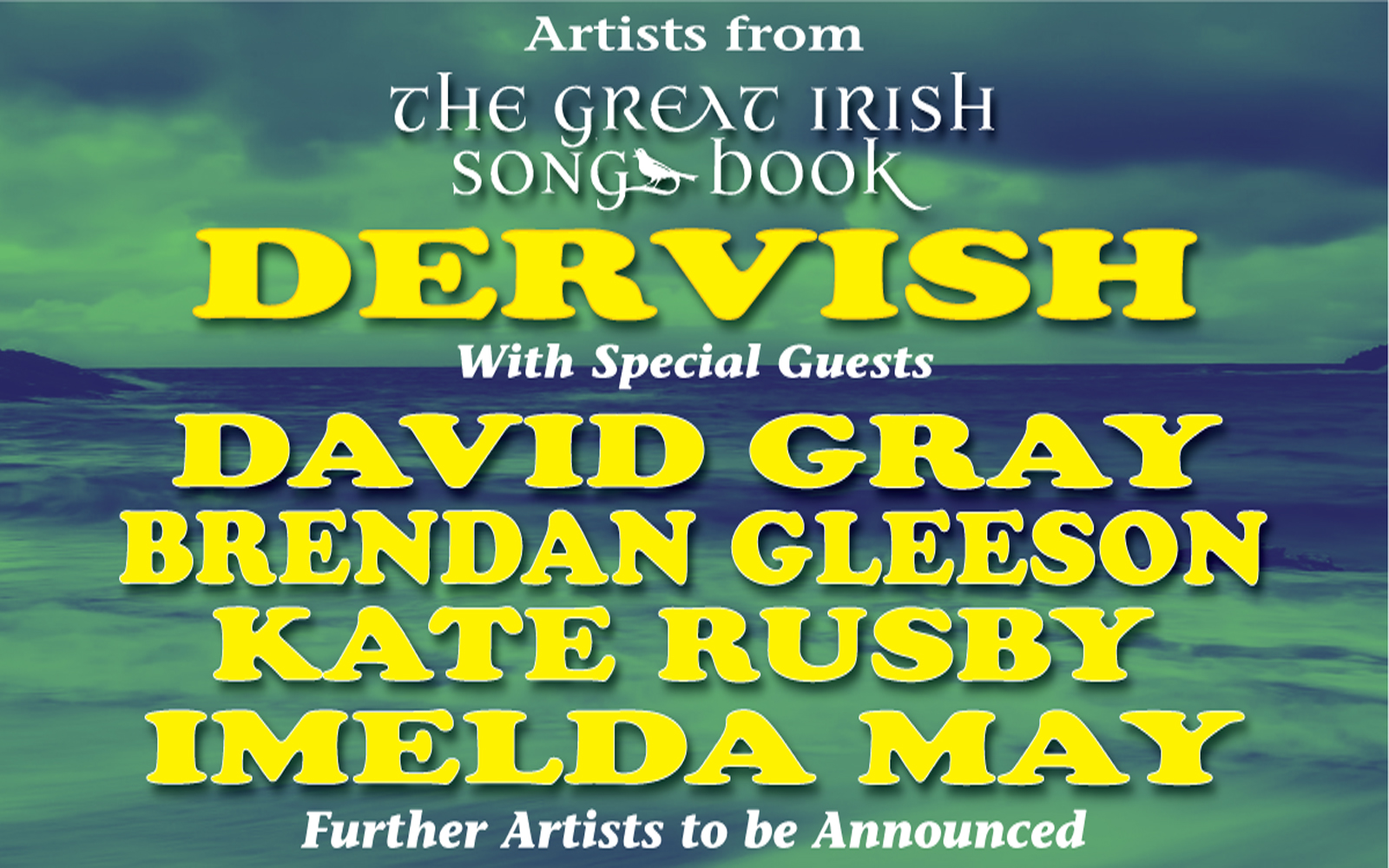 As one of the world’s most renowned and imaginative interpreters of Irish folk music, Dervish have devoted the last three decades to gently reinventing the traditional songs of their homeland. On their debut release for Rounder Records, The Great Irish Songbook, the Sligo-based band join up with over a dozen luminaries across an eclectic range of genres. The album features guests Steve Earle, Rhiannon Giddens, Vince Gill, Brendan Gleeson, David Gray, Kate Rusby, The Steel Drivers, Abigail Washburn, and others, The Great Irish Songbook both preserves the spirit of each song and brings a new vitality to iconic traditional songs of their homeland.

Through the years, Dervish have toured the globe and shared stages with the likes of James Brown, Neil Young, and Sting, becoming the first Irish band ever to play Rock in Rio (the world’s most massive music festival), and steadily making their name as one of the foremost purveyors of Irish folk music.

As they approach their 30th anniversary, Dervish build on the dynamic they’ve brought to their 13 previous albums and dazzling live performances: a kinetic union of technical brilliance and undeniable soul, endlessly fortified by their immense creativity.

Tickets from £34.50 – £76.30
Prices displayed include an online per ticket booking fee. No booking fees in person at the Box Office. All prices include a £1.50 restoration levy.