Singin' in the Rain Hosted by Julian Clary 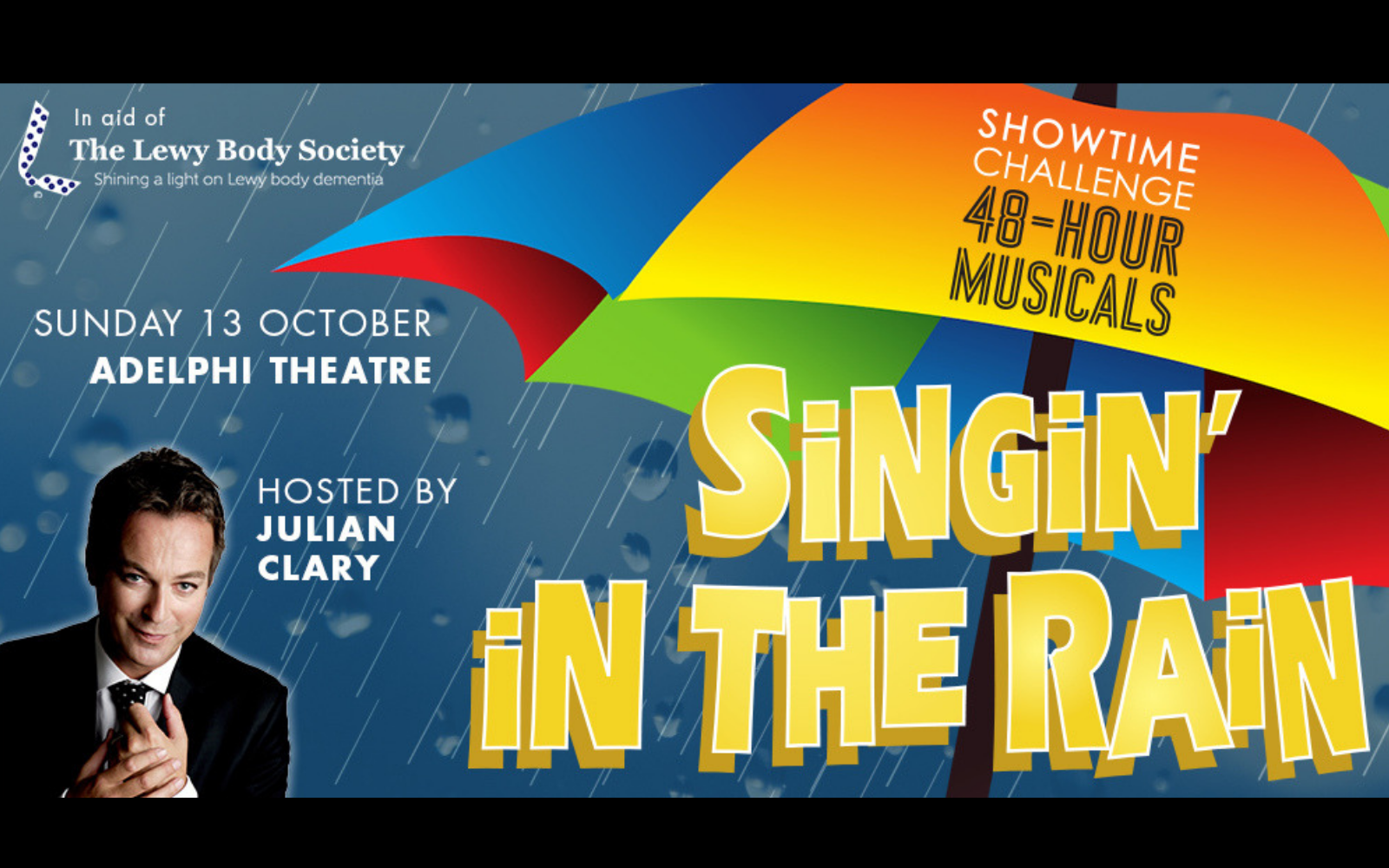 Singin' in the Rain Hosted by Julian Clary Book Tickets

Hosted by Julian Clary, Showtime Challenge 48-Hour Musicals brings together a cast of 100(ish) professional actors and talented amateurs, a 30-piece orchestra, and a hard-working production team. All giving up their time for the chosen charity, they pull together to produce a West End-standard all-singing, all-dancing musical in just 48 hours.

Rehearsals start on the Friday night. None of the cast have worked together on the show before this time. Then 48 amazing, exciting, exhausting hours later, ready or not, it’s showtime!

“I’m delighted to be hosting Showtime Challenge 48-Hour Musical’s production of Singin’ in the Rain at London’s Adelphi Theatre. Best of luck to the heroically plucky cast and crew who are giving up their time and energy to support the Lewy Body Society and the wonderful work they do.” – Julian Clary

“A play would be difficult to do in 48 hours. A musical? I’m absolutely astounded.” – Dame Judi Dench

Singin’ in the Rain is set in the roaring ’20s. Silent movie stars are the biggest names in the world. Don Lockwood has it all, a string of hit films and a studio-engineered romance with the most beautiful actress in town. But with the new phenomenon of the talking picture on the way and a chance meeting with a talented young chorus girl set to steal his heart, things are about to change for Don and for Hollywood forever.

With all the charm, romance, comedy and tinsel town glamour of one of the world’s best-loved films, and songs include Good Morning, Make ‘Em Laugh, Lucky Star and – of course – Singin’ in the Rain, this show promises a magical night of musical theatre. Add to that the excitement and adrenaline that comes with Showtime Challenge: 48-Hour Musicals productions, and you’re in for a truly electric evening.

The Lewy Body Society, established in June 2006 in the UK, was the first charity in Europe exclusively concerned with Lewy body dementia. Its mission is to fund clinical research to improve the diagnosis and treatment of the disease. It also raises awareness of Lewy body dementia among the general public and those in the medical profession and decision-making positions; and provides information resources for patients & carers. www.lewybody.org