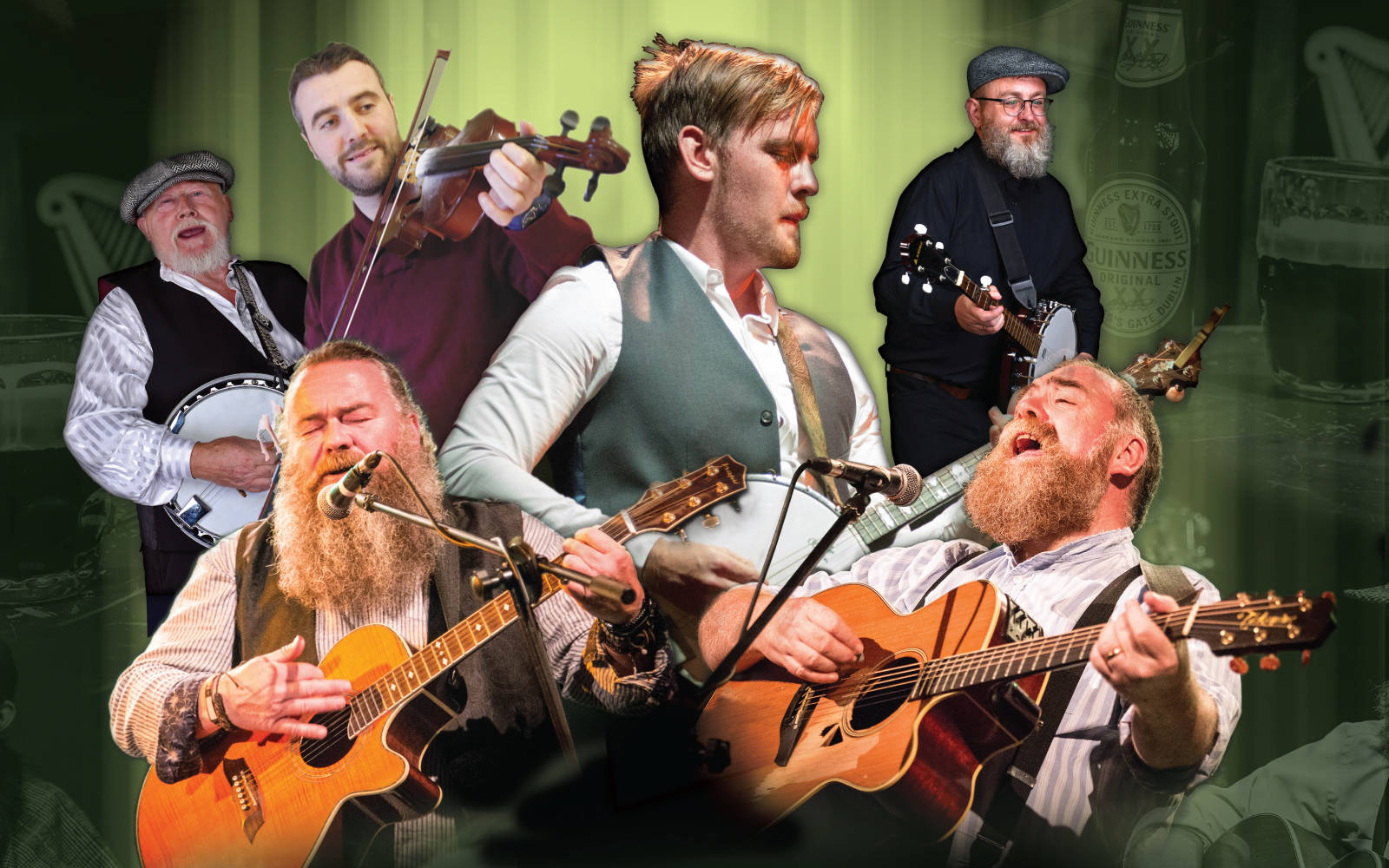 The Seven Drunken Nights tour has been postponed, therefore their show at the Adelphi Theatre on Sunday 11 October 2020 has been rescheduled to Tuesday 19 October 2021.

Your tickets remain valid for the new date. If you have any queries, please contact your point of purchase.

In 1967, The Dubliners released a song so controversial that it was officially banned on the radio in Ireland. This infamy catapulted them into global success, and turned the Irish folk band into legends.

Fifty years later, a one of a kind theatre show named after the famous song performed a sell-out tour, bringing to life the incredible story of this phenomenal Irish band. The show was met with critical acclaim, and performed in London’s West End.

Seven Drunken Nights – The Story of The Dubliners, takes you on a musical journey through the career of Ireland’s favourite sons, Ronnie Drew, Luke Kelly, Barney McKenna, Ciaran Bourke and John Sheahan as they rose to fame as Ireland’s legendary folk band.

From their roots in O’Donoghue’s Pub in Dublin, Seven Drunken Nights features all the highlights of an amazing fifty-year career, and captures the spirit of the Irish folk band that took the world by storm. For fans of The Dubliners, this truly is a show that cannot be missed.

Some Guys Have All The Luck