Lucie Jones - Live at the Adelphi 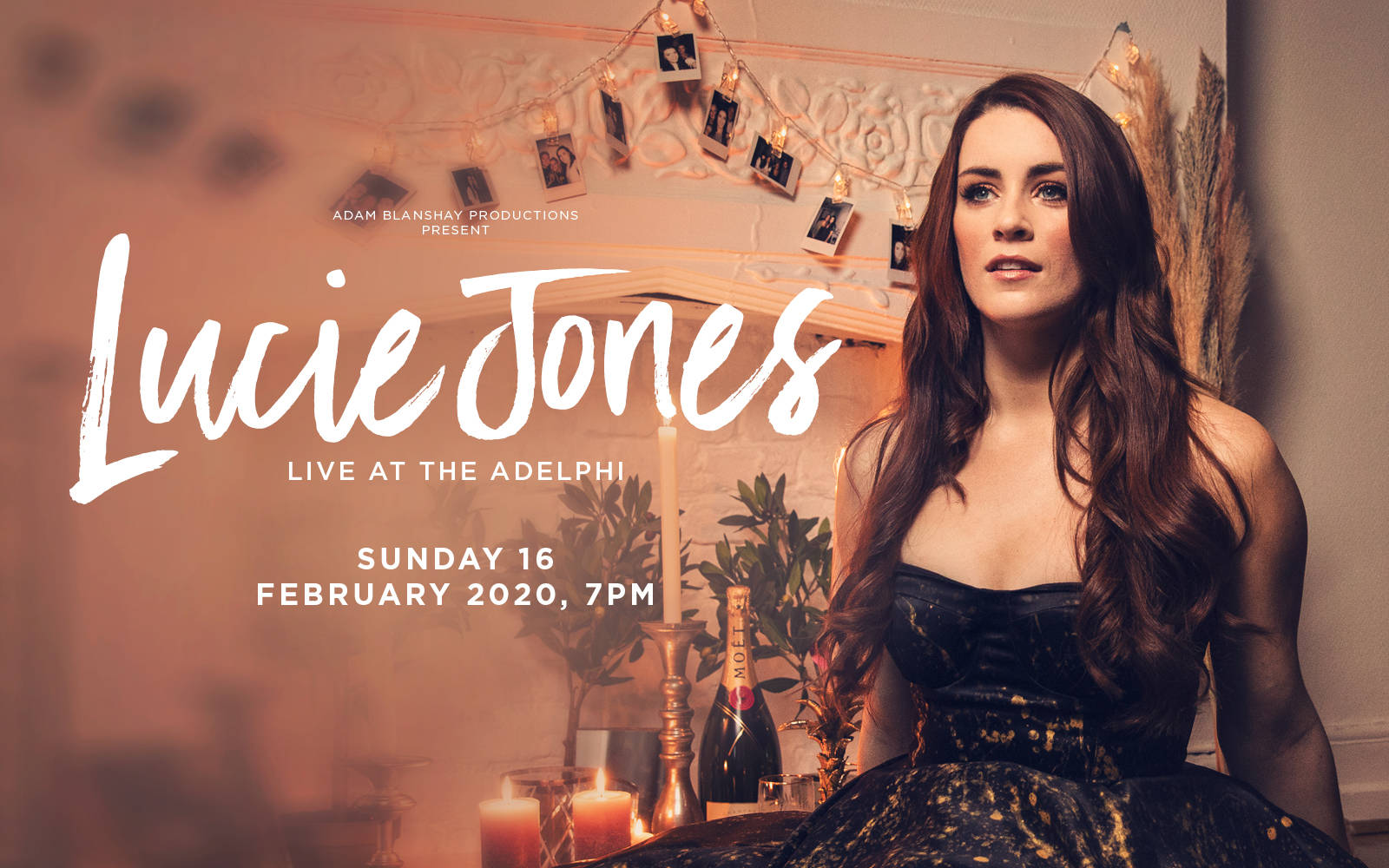 Lucie Jones - Live at the Adelphi

Musical theatre sensation Lucie Jones, star of hit musical Waitress, performs her first West End solo concert at the historic Adelphi Theatre on Sunday 16 February 2020 at 7pm. Accompanied by the 22-piece London Musical Theatre Orchestra, Lucie Jones Live at the Adelphi will be a celebration of all that Lucie has achieved to date across her multi-platform career.

Lucie first came to prominence when she melted audiences’ hearts singing to millions on The X Factor in 2009. She represented the United Kingdom in the Eurovision Song Contest 2017, where she placed 15th, the UK’s highest result since 2011.

She is now firmly at home on the stage, and over the last few years has played Elle in Legally Blonde, Holly in The Wedding Singer, Maureen in Rent, Molly in Ghost and Cosette in Les Misérables, before landing the much coveted lead role of Jenna in Waitress, which she currently plays 8 times a week at the Adelphi Theatre.

Lucie Jones Live at the Adelphi will be packed with old classics and modern hits, and Lucie will share stories from her remarkable career.

As Lucie’s time ‘at the diner’ draws to a close next summer, this is the perfect moment to celebrate all that she has done in a venue she now calls home.

Lucie Jones Live at the Adelphi is produced by Adam Blanshay Productions, and sponsored by Alpha Club.

Tickets from £29 – £87.30
Prices displayed include an online per ticket booking fee. No booking fees in person at the Box Office. All prices include a £1.50 restoration levy.

Meet and Greet tickets are available for £87.30. Customers with these tickets will be sent full details closer to the performance.