Joseph and the Amazing Technicolor Dreamcoat 2019 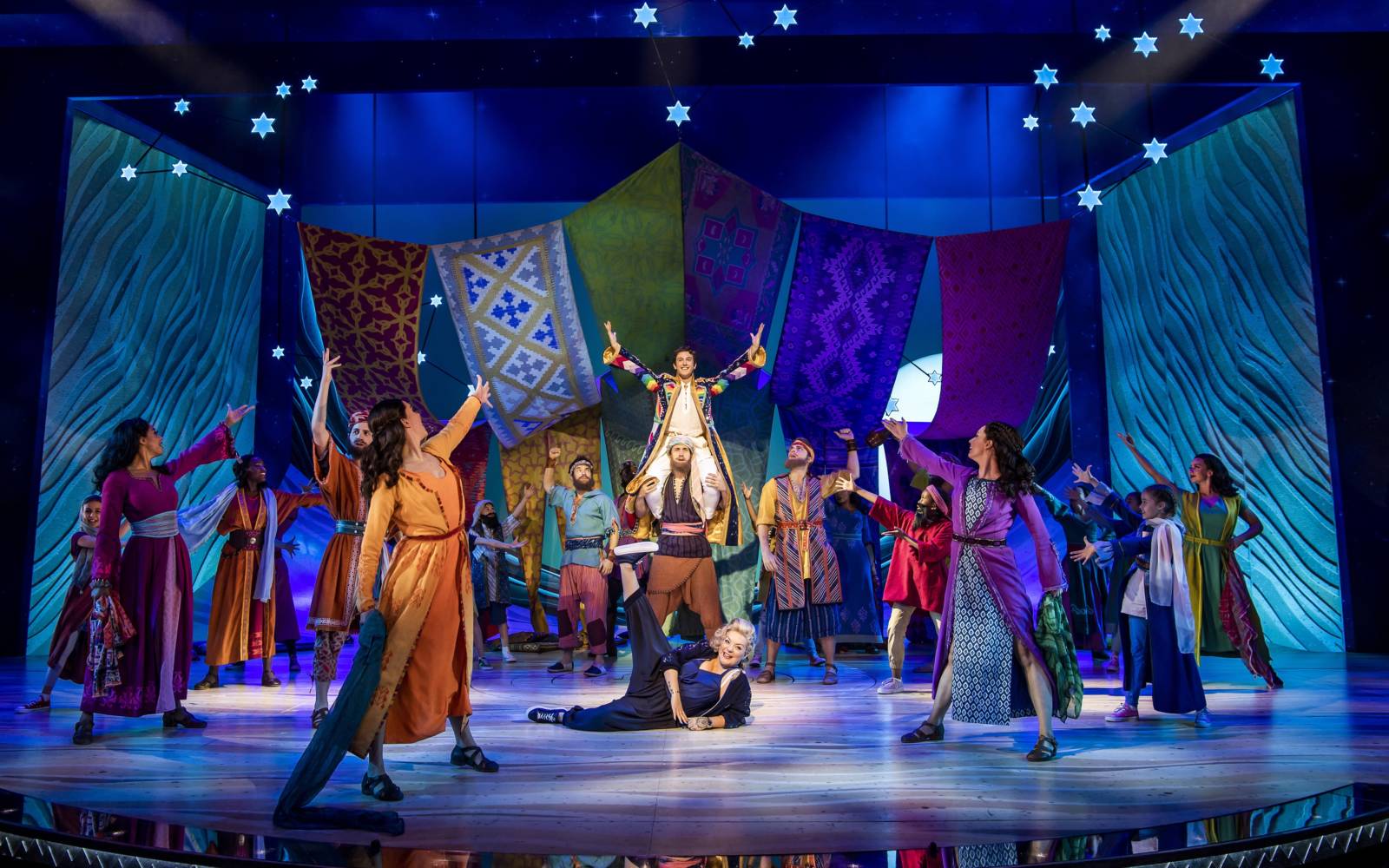 Following a triumphant sold-out season in 2019, the smash-hit production of Joseph and the Amazing Technicolor Dreamcoat will return to The London Palladium for a strictly limited season in summer 2021, with Jason Donovan and Jac Yarrow confirmed to reprise their roles as ‘Pharoah’ and ‘Joseph’.

Joseph and the Amazing Technicolor Dreamcoat has become one of the world’s most iconic musicals. Told entirely through song with the help of the Narrator, the show follows the story of Jacob’s favourite son Joseph and his 11 brothers.

After being sold into slavery by the brothers, he ingratiates himself with Egyptian noble Potiphar, but ends up in jail after refusing the advances of Potiphar’s wife. While imprisoned, Joseph discovers his ability to interpret dreams, and he soon finds himself in front of the mighty but troubled showman, the Pharaoh. As Joseph strives to resolve Egypt’s famine, he becomes Pharaoh’s right-hand man and eventually reunites with his family.

Making his professional stage debut, Jac Yarrow plays the iconic role of Joseph. As one of stage’s most sought after roles, Jac follows in the footsteps of a line of stars who have previously played this character, including Jason Donovan himself.

Jason Donovan returns to The London Palladium to star as the Pharoah alongside BAFTA and Olivier Award-winning actress Sheridan Smith in the role of the Narrator in this brand new production, playing a strictly limited 11-week summer season until Sun 8 September.

Please note: the producers cannot guarantee the appearance of any particular artist. The schedule is subject to change and may be affected by contracts, holiday, illness or events beyond the producers’ control. Jason Donovan will not be performing on Sat 13 July.

SHERIDAN SMITH
as The Narrator

Joseph Medley in Britain’s Got Talent