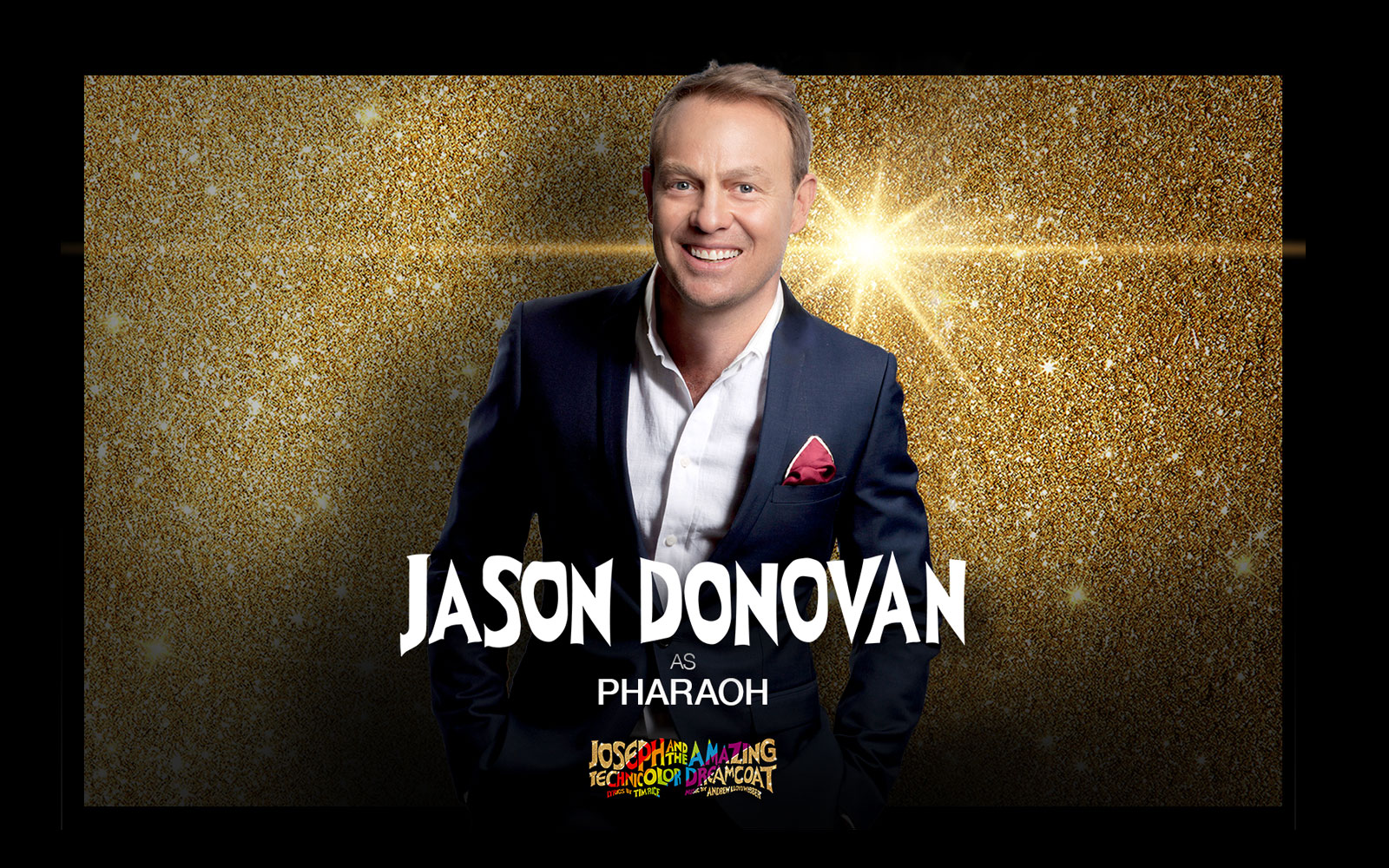 The rumours are true: Jason Donovan is set to return to The London Palladium in Joseph and the Amazing Technicolor Dreamcoat. Once taking on the title role in the 1990s, Jason will now play the part of The Pharaoh.

Becoming an international star as Scott Robinson in Neighbours, as well as starring roles in The Rocky Horror Show, Chitty Chitty Bang Bang, Priscilla, Annie Get Your Gun, The Sound of Music, The King’s Speech and Million Dollar Quartet, Jason is now back in the iconic musical.

The news comes following the announcement that Oliver award-winning Sheridan Smith takes on the role as The Narrator in the re-imagined, brand new production.

Please note: the producers cannot guarantee the appearance of any particular artist. The schedule is subject to change and may be affected by contracts, holiday, illness or events beyond the producers’ control. Jason Donovan will not be performing on Sat 13 July 2019.