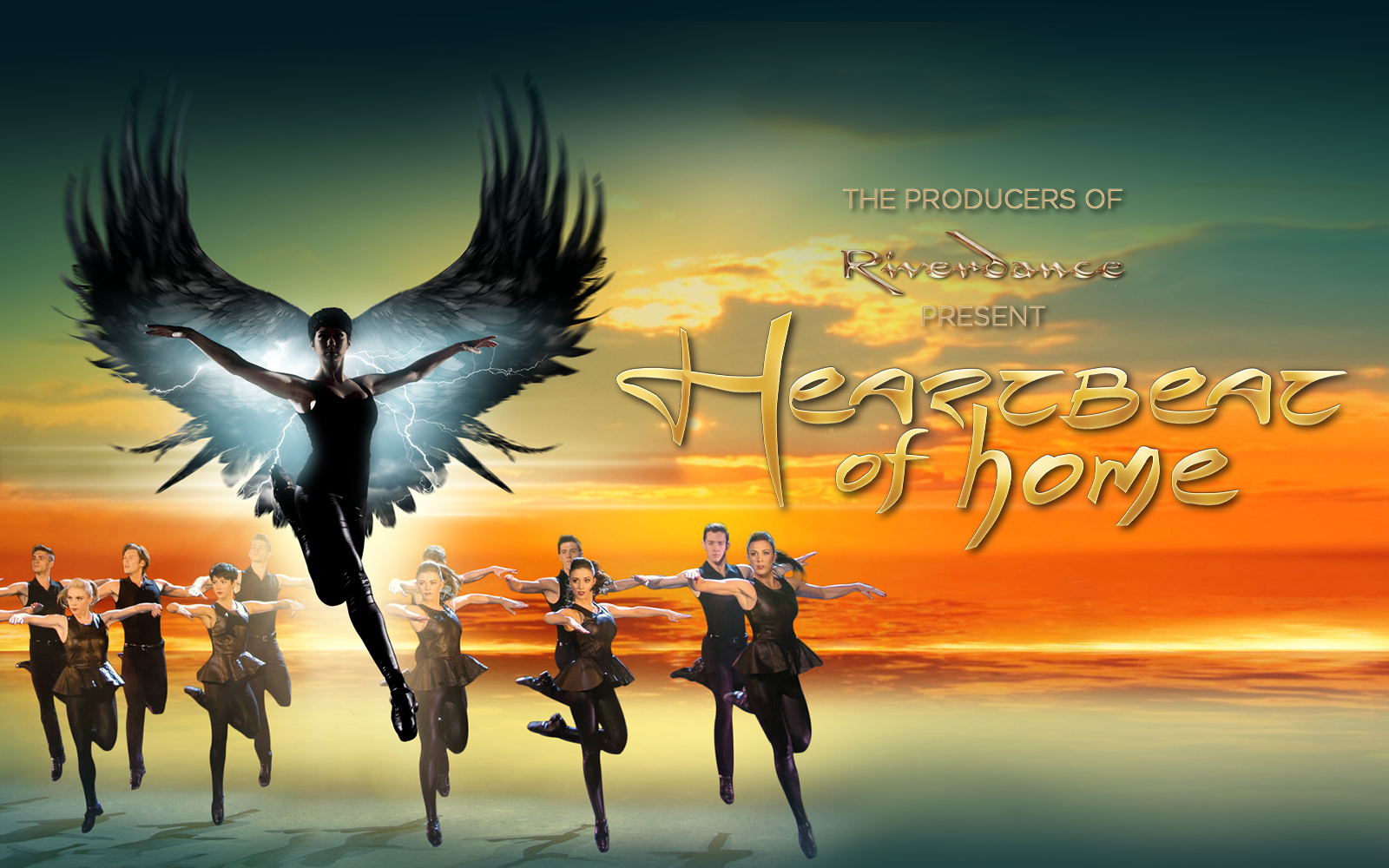 It’s been over two decades since the producers of Riverdance unveiled the phenomenon that changed forever how the world views Irish dance and gave birth to a new entertainment genre.

In 2013, Moya Doherty and John McColgan broke new ground again by creating the music and dance spectacular, Heartbeat of Home. Now, after having enthralled audiences in Dublin and North America and following on from a four month tour of China and Germany, Heartbeat of Home finally makes its UK premiere at The London Palladium for three performances only.

With 33 performers on stage, Heartbeat of Home is a tantalizing, high-octane, sexy, music and dance extravaganza. This heart –stopping tour de force features the dynamic vibrant components of traditional Irish, Latin, Hip-Hop, Afro-Cuban and Contemporary music and dance combined in a new and exciting fusion. A live six-piece band plays music from the award-winning Irish composer, Brian Byrne (who has worked with Katy Perry and Barbara Streisand). State-of-the-art video projections round off this extraordinary music dance extravaganza.

The Toronto Star called the show “a spectacular celebration of the human spirit that provides non-stop entertainment. Breathtaking” while the Boston Globe called it “a multicultural spectacle”. However, it’s not only fans of that original phenomenon who will love Heartbeat of Home – everyone will be thrilled at this fusion of the next evolution of Irish dance with flamenco, tap dancing, tango, salsa and hip hop.

Please note there is a maximum of six tickets per customer for this event.

No under 5s. Under 16s must be accompanied.

Why not treat you and your guests to an unforgettable evening at Heartbeat of Home with our Taittinger Experience – £96.50 per person (inc. ticket) / £45 per person (excl. ticket)