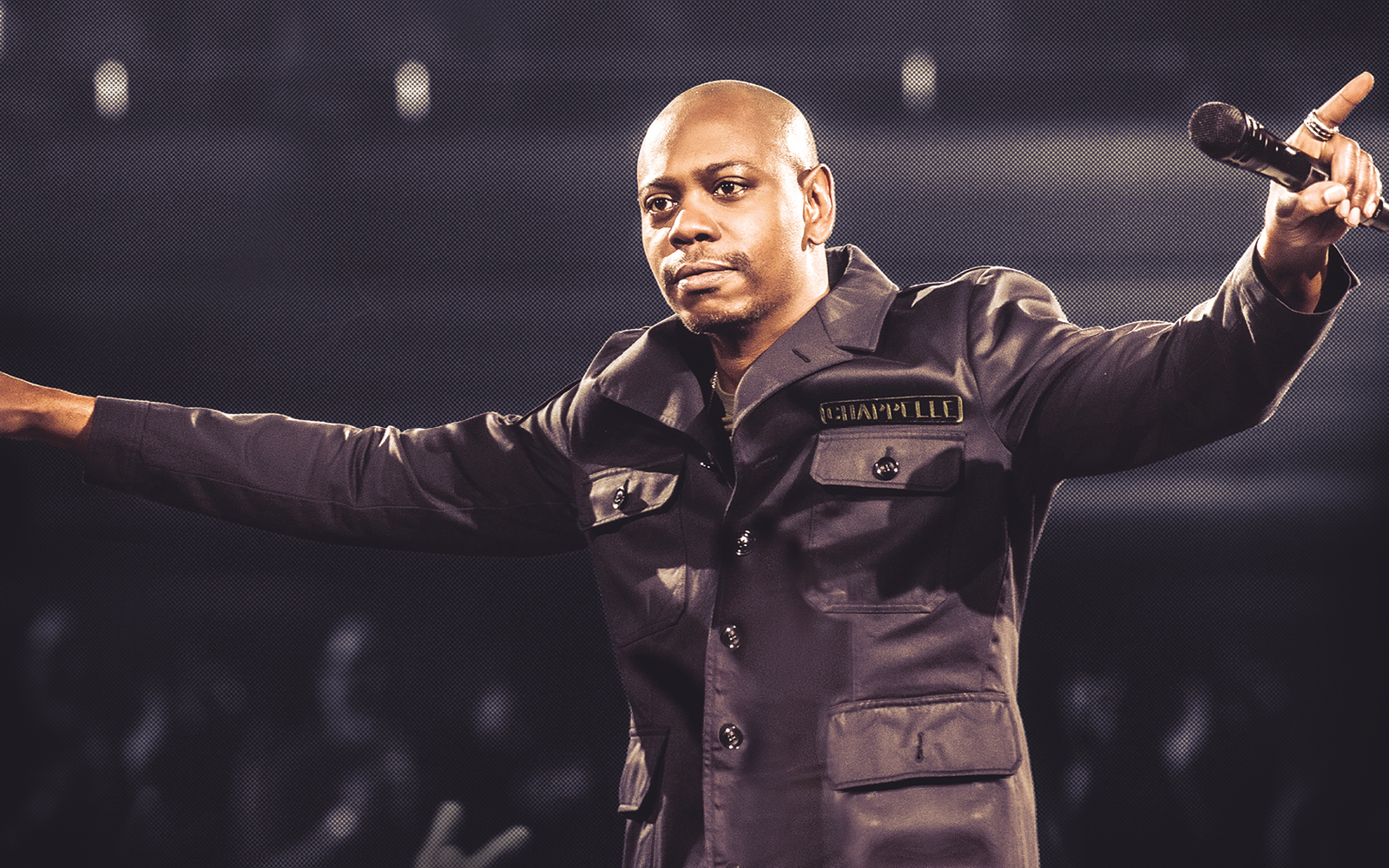 Mark Twain award-winner, Dave Chappelle is a comedian, actor, and producer who’s brash, clever, in-your-face brand of humor has made him one of the most respected entertainers of his generation. In March 2017, Chappelle returned to television via streaming giant Netflix with two highly-anticipated specials, The Art of Spin, and Deep in the Heart of Texas, filmed in Los Angeles, CA and Austin, TX respectively. The critically-acclaimed specials satisfied his fans and introduced a new legion of followers to his sidesplitting, thought-provoking style of political and social commentary.

In 2005, Chappelle walked away from his groundbreaking sketch comedy show, Chappelle’s Show on Comedy Central. During the 8 years that followed, he performed pop-up stand-up dates, made occasional television appearances, and toured extensively throughout the United States, United Kingdom, the Netherlands, Canada and Australia. From intimate comedy clubs to theaters and arenas, Chappelle’s live performances often sold out within minutes of being announced.

Comedy Central ranks Chappelle as Number 43 of the “100 Greatest Stand-Ups of All Time.” Esquire Magazine has called him “the comic genius of America,” and he was featured on the cover of GQ Magazine’s Man of the Year issue in 2015. In April 2017, he graced the cover of The New York Times’ T-Magazine.

There is a ticket limit of 4 per customer for this event.

Customers are not able to select their own seats. No mobile phones, cameras or recording devices will be allowed at this show. Upon arrival, all phones and smart watches will be secured in Yondr pouches that will be unlocked at the end of the show. Guests maintain possession of their phones throughout the night, and if needed, may access their phones at designated Yondr unlocking stations in the lobby. Anyone caught with a mobile phone in the venue will be immediately ejected. We appreciate your cooperation in creating a phone-free viewing experience.