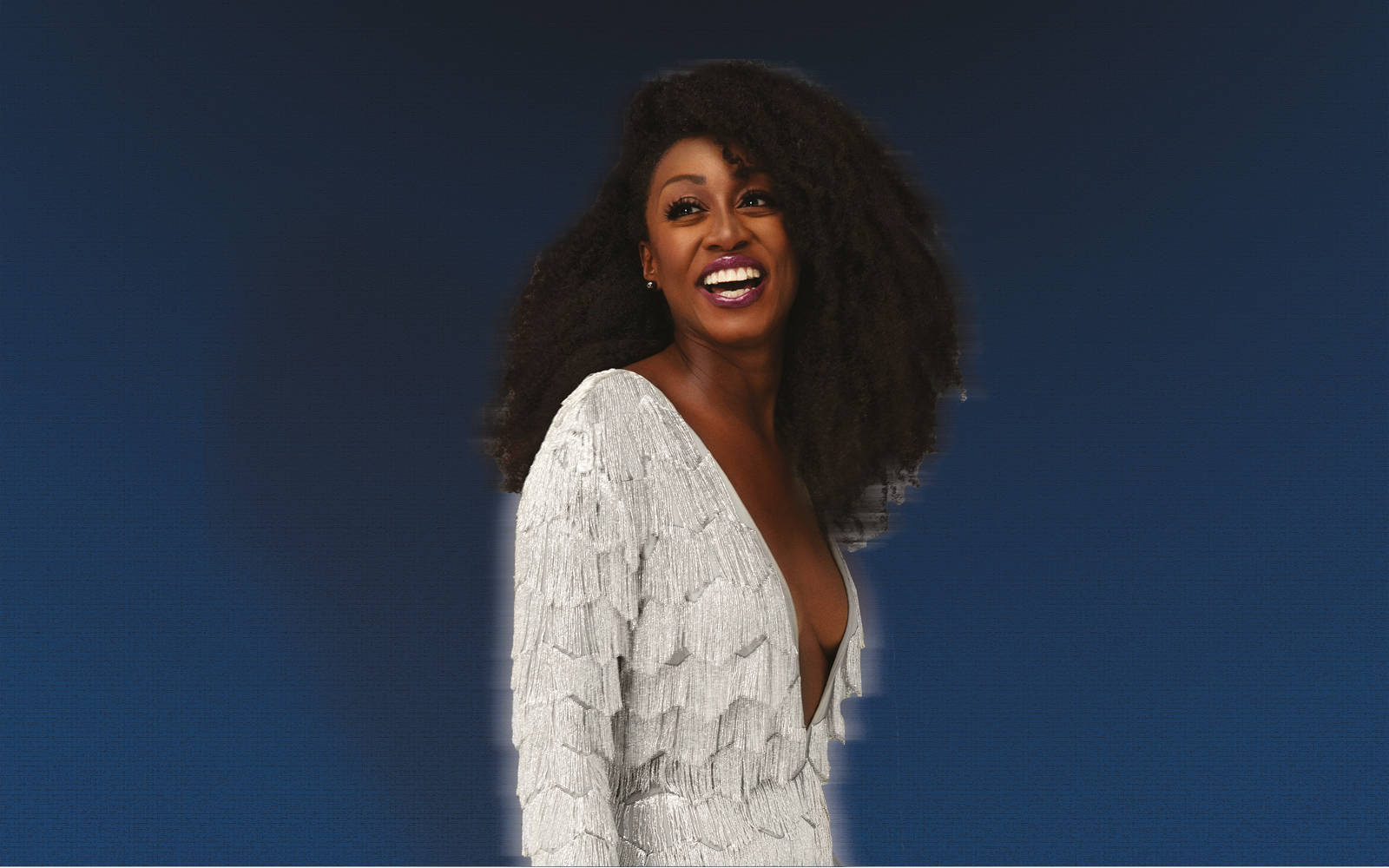 Queen of British Soul, Beverley Knight, has been one of the UK’s most consistent artists for two decades, scoring several top 10 albums, selling over a million albums in the UK, and winning countless awards along the way.

In recent years, Beverley has forged a formidable parallel career in theatre. Her highly acclaimed West End debut was the starring role as Rachel Marron in The Bodyguard in 2013. Roles that followed included an Olivier-nominated role in Memphis The Musical, the iconic role of Grizabella in Andrew Lloyd Webber’s Cats, and a critically acclaimed role in Sylvia, as Emmeline Pankhurst.

She’s collaborated on stage and on record with the likes of Prince, Jamiroquai, Bryan Adams, Ronnie Wood, Carlos Santana, Andrea Bocelli, Jools Holland, Jamie Cullum, Joss Stone, Take That and Chaka Kahn. Plus, her outstanding live performances have gained her a legion of famous fans over the years, from David Bowie to Prince, Stevie Wonder to Quincy Jones.

Beverley’s broadcasting work includes presenting four series of Radio 2 show Beverley’s Gospel Nights, and two series of hit BBC1 show Just The Two Of Us . In the summer of 2012, Beverley wowed a 1 billion viewing audience with an outstanding rendition of the song I Am What I Am, in the finale of the London 2012 Paralympics Opening Ceremony.

November 2017 saw the release of Songs From The Stage by Leading Ladies, an album featuring three West End stars, Beverley, Cassidy Janson (Beautiful: The Carole King Story) and Amber Riley (Dreamgirls), giving their stunning versions of classic female-centric songs from musical theatre. The album went top 10 and was certified silver a few weeks after its release.

2019 saw Beverley celebrate 25 years in music with a special new album BK25: Beverley Knight with The Leo Green Orchestra at The Royal Festival Hall. The album brings to life all of Beverley’s hits recorded with a live orchestra, as well as three new studio tracks including the single Now or Never. In October of the same year, she toured the UK celebrating the Stevie Wonder Song book as well as guesting with Andrea Bocelli on his UK Arena Tour.

This performance is part of the scheme of pilot performances and will use a socially distanced seating arrangement.

To select the number of tickets you need, please use the plus and minus buttons to the left, or below if you’re on a mobile device.

Seat numbers displayed will not be your final allocation. Once you have completed your booking we will assign the appropriate seats to ensure we maintain enough distance between each group.

Please carefully check your seat details and your assigned time slot for entry to the venue once you have received your confirmation email and your e-tickets.

No Under 5s. Under 16s must be accompanied.

How is social distancing maintained in the venue?Show More

There are one-way systems around the theatre and installed signage to indicate appropriate distancing. In the auditorium, we have reduced our audience capacity and each cluster of seats is separated from any other cluster of seats.

What additional health and safety measures have been implemented?
Show More

LW Theatres continue to follow government guidelines at all times. Face coverings are mandatory for everyone throughout the venue, except when eating and drinking. Everyone arriving at the venue will have their temperature screened. Transactions will be cashless with one-way systems and multiple hand sanitiser stations will be located throughout the venue. We’ve also brought in additional disinfection measures, including anti-viral fogging machines, anti-bacterial silver ion hygienic door handle covers and push plates. Enhanced cleaning processes are carried out prior to each performance.

What happens when you take my temperature on arrival?

One person will be screened and assessed at any one time and if your temperature is 38°C or higher, you and those who are part of your group might not be allowed to enter the venue (at our sole discretion). We have a flexible ticket exchange policy should you not be able to enter the venue.

Can I still print my ticket at home?
Show More

Every ticket will be purchase online as a digital e-ticket that will be scanned upon entry and minimise contact during the ticket checking process. E-tickets to be displayed on your mobile or smart phone device.

Do I need to wear a face covering?

Yes, these are mandatory throughout the venue unless eating and drinking.

Are the toilets open?

Yes. There are new one-way queuing systems in place. Accessible toilet facilities remain in the same place as before. Toilets will be cleaned before each audience arrive. During the performance and deep cleaned after the performance.

Is the cloakroom open?

The cloakroom will remain closed therefore we ask audiences not to bring luggage or large bags when visiting the theatre.

What process have you implemented to support the NHS Test and Trace initiative?

When queuing, audiences will be asked to scan a QR code and complete a form online. If you do not have a smart phone, please ask a member of staff for a printed form. Your details will be kept on file for no more than 21 days.

Will you have a security check upon arrival at the theatre?

Yes. Our security team will carry out contactless bag checks.

Is there still the option to order pre arrival or interval drinks?

Yes. You can pre-order drinks at the same time you are booking your tickets. Look out for collection pick-up points at the venue. To minimise queuing, we’re also offering in-seat ordering and delivery during the interval.

Do you accept cash at the theatre?

No. We ask that all payments are made by card, ideally contactless.

Can you purchase merchandise?

To reduce contact around the venue, we will not be selling merchandise or producing a programme for this performance.

How long is the show?

The show runs for 75 minutes with a 30 minute interval.

Can I bring a group?

Group bookings of 5+ are not available for this performance.

What should I do if I show symptoms or tested positive for COVID-19 after I visit the theatre?