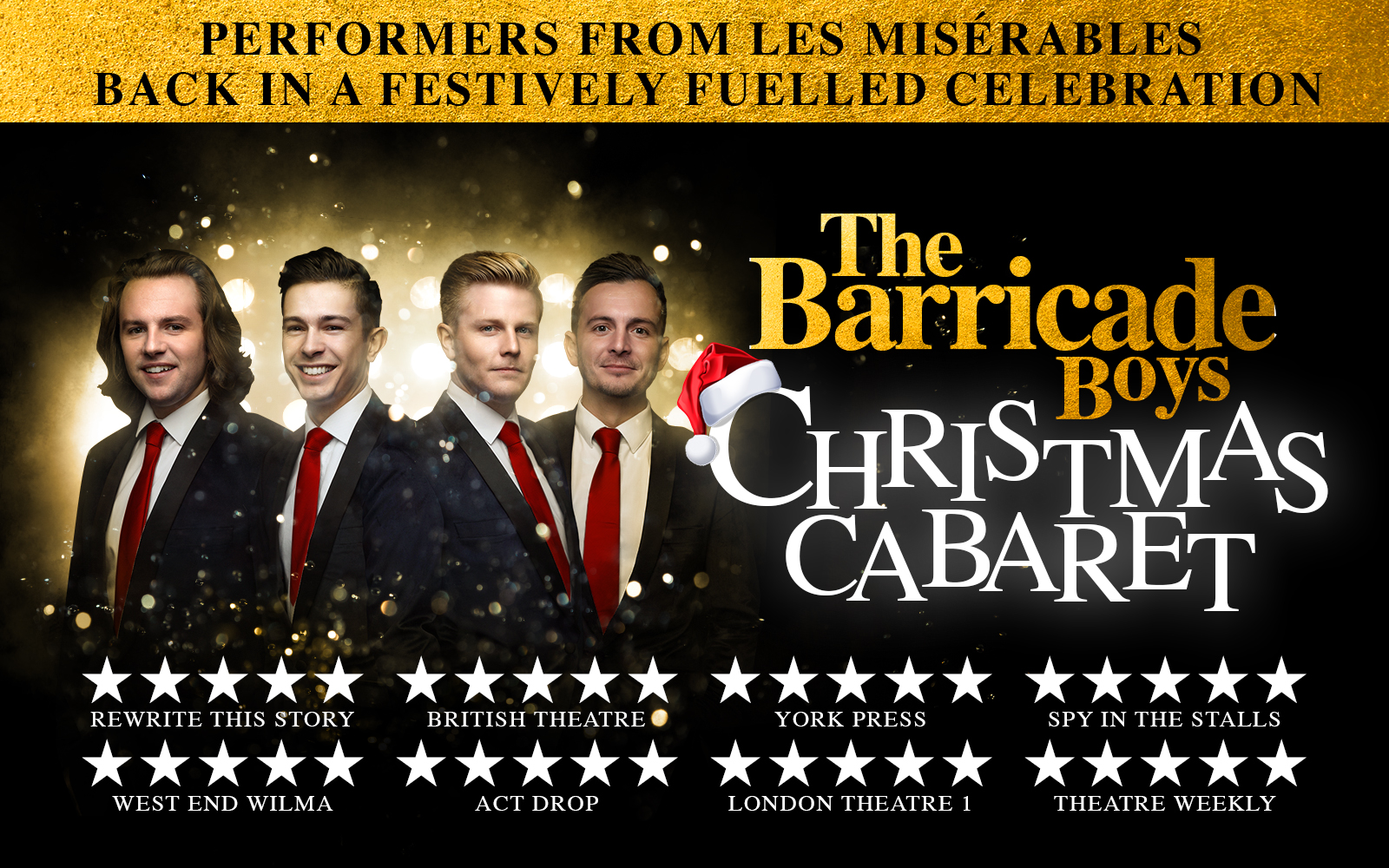 ★★★★★ “A stellar evening of entertainment… The Barricade Boys should not be missed!” – TheatreandMore.com

“These guys are fantastic… DON’T miss this show!” – Alfie Boe

Back by public demand after their critically acclaimed season in 2017, The Barricade Boys, will return to London for three weeks only

The Barricade Boys showcase some of the world’s finest male voices from the West End, International Tour and Hollywood movie of the world’s longest-running musical – Les Misérables.

After sell-out performances in London’s West End, an appearance at the St James Theatre on Broadway and many international dates, The Barricade Boys are quickly securing their place as theatreland’s newest and most exciting male vocal group.

Come and join the Christmas party as they not only perform the world’s greatest show tunes but also celebrate music from some of the most iconic names in the music industry, from powerful ballads and beautiful operatic arias to some of the best pop, rock and swing numbers of all time. The Barricade Boys are a spectacular group with incredible moments and deliver “an unmissable show with talent, flair and fun” – West End Frame.

As well as appearing in the world’s longest-running musical, Les Misérables, and playing major leading roles in musical theatre, The Barricade Boys have being guests on many primetime TV shows including, The Paul O’Grady Show, Sunday Night at The London Palladium, Children In Need, Ant and Dec’s Saturday Night Takeaway and most recently Best Time Ever with Neil Patrick Harris.

Why settle for just another vocal group when you can have the world’s leading musical theatre super group?