We talk to the rising pop star ahead of his shows at The London Palladium. 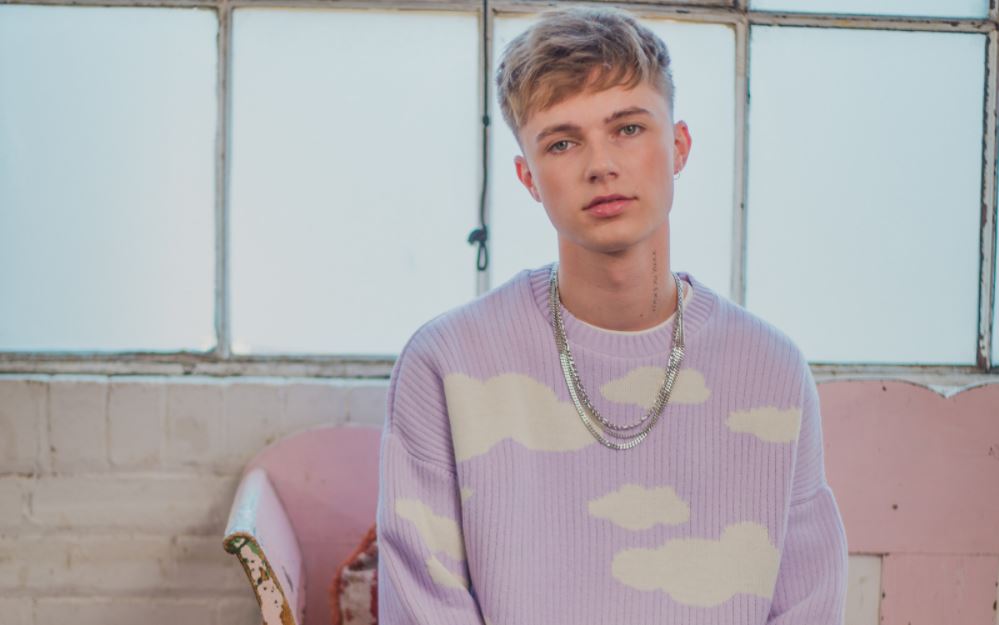 This year, HRVY is bringing out new music.

HRVY: YES!! It’s so good, I love it! I mean, I would say that because it’s mine, but I honestly do love this new music. I’m growing up; I’m almost 22 now, so I’ve had a lot more life experiences and learnt so much more about music and myself. The new project will be out as soon as I’ve finished the music and I’ll be performing that at my shows in October.

Though keeping creative during a time like this was a challenge.

H: It’s very, very difficult. At the beginning of lockdown last year, I would wake up with no drive or energy to do anything. But recently, after I had a little break from social media and from life, I’ve come back so refreshed and inspired. Being back in the studio and being creative has helped me through the last few months.

And with that comes a new perspective.

H: I’ve learnt the art of patience and that anything can happen.

Speaking of, in the autumn of 2020, HRVY and 11 other hopefuls danced their way into the households of millions on Strictly Come Dancing.

H: It was incredible to be a part of something that brought the nation together, at such a difficult time. Never in a million years did I think that by me attempting to do a Cha Cha Cha, would people at home smile and forget about what was going on in the world. It was a very humbling experience and I know it made so many people happy, including myself.

So what can we expect from his shows at The London Palladium?

H: You can expect to see a big smile on my face for over an hour; it’ll be my first show back in London for over two years. I’ll be singing all new music from new projects that will be out later this year, some covers and some HRVY classics. Oh, and there will also be dancing… a lot of it!

HRVY comes to The London Palladium for two shows on Sunday 24 and Monday 25 October 2021. Get tickets here.