Noel Sullivan joins the cast of School of Rock The Musical 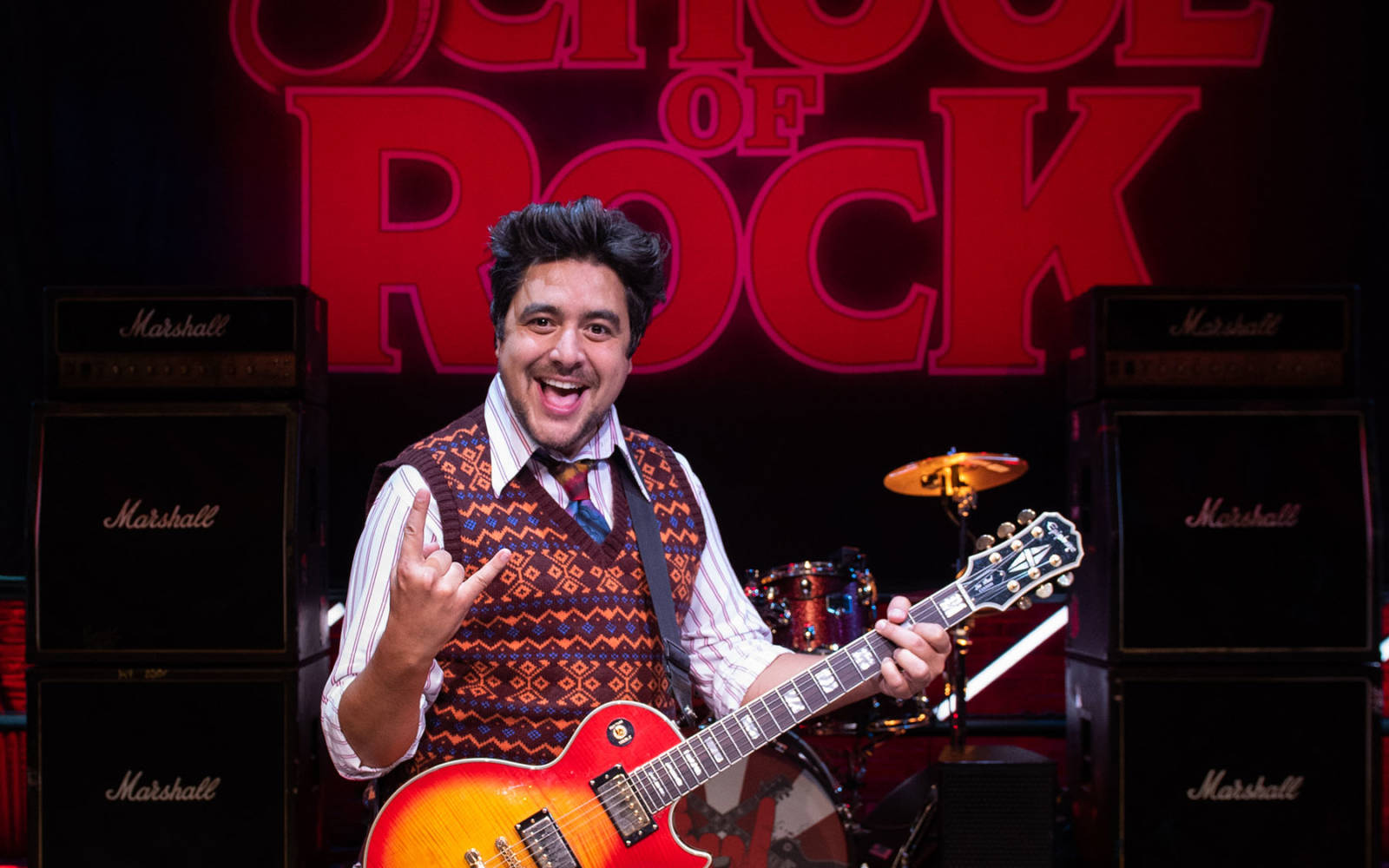 Noel Sullivan will join the award-winning show School of Rock – The Musical from 19 August 2019 and will play the lead role of Dewey Finn at the Gillian Lynne Theatre.

The hit West End production, based on the iconic film of the same title, is currently booking to January 2020. Sullivan will lead the adult cast alongside Laura Tebbutt as Rosalie Mullins, Mark Anderson will take over the role of Ned Schneebly from Alan Pearson from 8 October 2019, Rebecca LaChance continues as Patty Di Marco and Jake Sharp will play Dewey Finn at certain performances.

Noel Sullivan: “It’s been a lifelong ambition of mine to perform in a musical by Andrew Lloyd Webber. I have been a huge fan since I was a child and to get the opportunity to work on such an incredible production is absolutely a dream come true. I loved School of Rock the movie and this hilarious musical doesn’t disappoint. I look forward to not only taking on one of my most challenging roles to date but also working alongside some of the most talented kids in the country. I’ve been in some great bands before but this one is really going to take some beating!”

Based on the hit film, this hilarious new musical follows Dewey Finn, a failed, wannabe rock star who decides to earn a few extra bucks by posing as a substitute teacher at a prestigious prep school. There he turns a class of straight-A students into a guitar-shredding, bass-slapping, mind-blowing rock band. While teaching these pint-sized prodigies what it means to truly rock, Dewey falls for the school’s beautiful, but uptight headmistress, helping her rediscover the wild child within.

School of Rock – The Musical features music from the movie, as well as new music written by Andrew Lloyd Webber with lyrics by Glenn Slater and a book by Julian Fellowes. School of Rock – The Musical is directed by Laurence Connor with choreography by JoAnn M. Hunter, set and costume designs by Anna Louizos, lighting design by Natasha Katz, sound design by Mick Potter, music supervision by John Rigby with Matt Smith as musical director.

Noel Sullivan Is best known for his part in the record-breaking pop group Hear’Say, winners of ITV’s hit show Popstars. After the band, Noel went on to carve out a successful career in theatre and television. He can currently be seen in the new Russell T Davies drama for BBC1 and HBO, Years and Years.  His previous TV credits include Ordinary Lies 2 and Gavin and Stacey, both for BBC1. As a West End actor, his theatre credits include Galileo in We Will Rock You at the Dominion Theatre, Danny Zuko in Grease at the Piccadilly Theatre as well as leading roles in Rock of Ages, Priscilla Queen of the Desert, Dirty Rotten