27 nominations for shows at LW Theatres 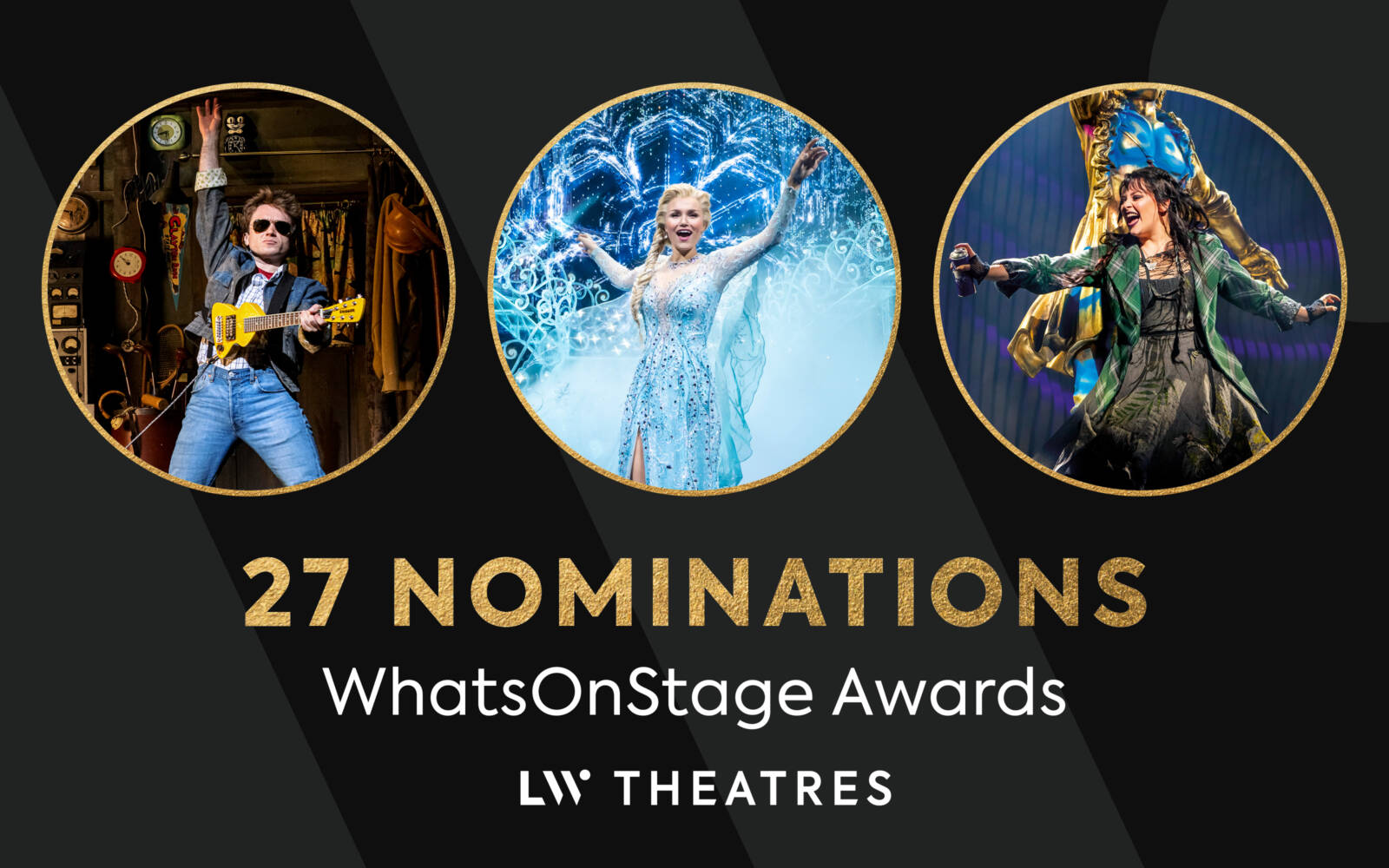 It’s a new year and we are starting 2022 by celebrating the nominations for the 22nd Annual WhatsOnStage Awards.

The 27 nominations across the shows performing at LW Theatres include a magical 13 for Disney’s Frozen The Musical (the most nominated show at the awards this year), and 7 nods each for Andrew Lloyd Webber’s romantic comedy-musical Cinderella and the electrifying Back To The Future: The Musical.

The best news of all… it’s down to you who wins! Don’t miss the chance to vote for your favourites. Voting closes on Friday 21 January ahead of the ceremony on Sunday 27 February 2022.

Read the full list of nominations and vote below.

Prepare to fall in love with Disney’s FROZEN all over again at the brand-new theatrical experience in Theatre Royal Drury Lane. Nominated for 13 awards including Best New Musical.

Back To The Future: The Musical

Take an electrifying ride back in time with the groundbreaking new musical adventure! Nominated for 7 awards including Best Performer in a Male-identifying Role for Olly Dobson and Roger Bart.

Andrew Lloyd Webber’s musical comedy features an original story by Oscar winner Emerald Fennell and lyrics by David Zippel. Nominated for 7 awards including Best Performer in a Female-identifying Role in a musical for Carrie Hope Fletcher.