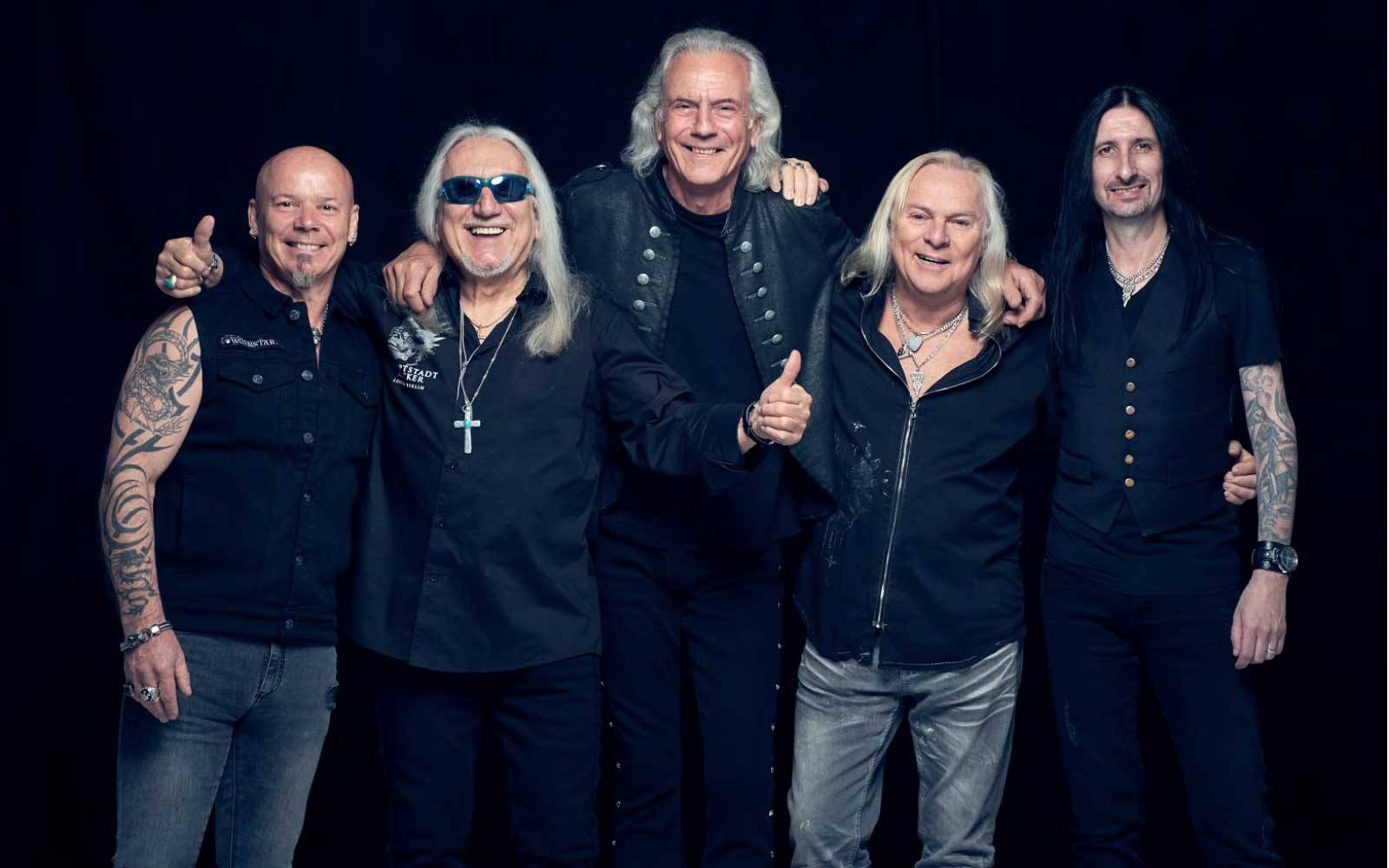 British rock icons, Uriah Heep, are coming to The London Palladium to celebrate their 50th anniversary. Uriah Heep’s longevity is a testament to the band’s excellent music, prolific song-writing and tireless efforts. The mighty Heep are cut from the same cloth of legends; their career spans over 50 years and it’s been a rollercoaster: 25 studio albums, 21 official live albums, more than 45 million albums sold worldwide and over 4000 shows performed across 60 countries.

Mick Box comments, “Who would have imagined back in 1970 that Uriah Heep would still be here celebrating their 50th Anniversary? It is an amazing feat especially as the band are still a vibrant force in the live arena and still producing albums like the latest one Living the Dream, that has been lauded by the fans and media alike as one of their best in their career. It is with great pride that we enter this 50th Anniversary with the same passion, desire and love of what we do, and long may it last. There are still horizons to conquer and new songs to write and perform, and it feels like the adventure has just begun. A big thank you has to go to the fans that have kept with us every inch of the way, and they just keep growing in numbers by the day. Feeling good, you bet I am! ‘Appy days!”

Tickets from £40 – £51
Prices displayed include an online per ticket booking fee. No booking fees in person at the Box Office. All prices include a £1.50 restoration levy.

Zeppelin Symphonic, The Music of Led Zeppelin - A Rock Celebration