Coming to The London Palladium
Tickets on general sale Friday 4 February, 10am 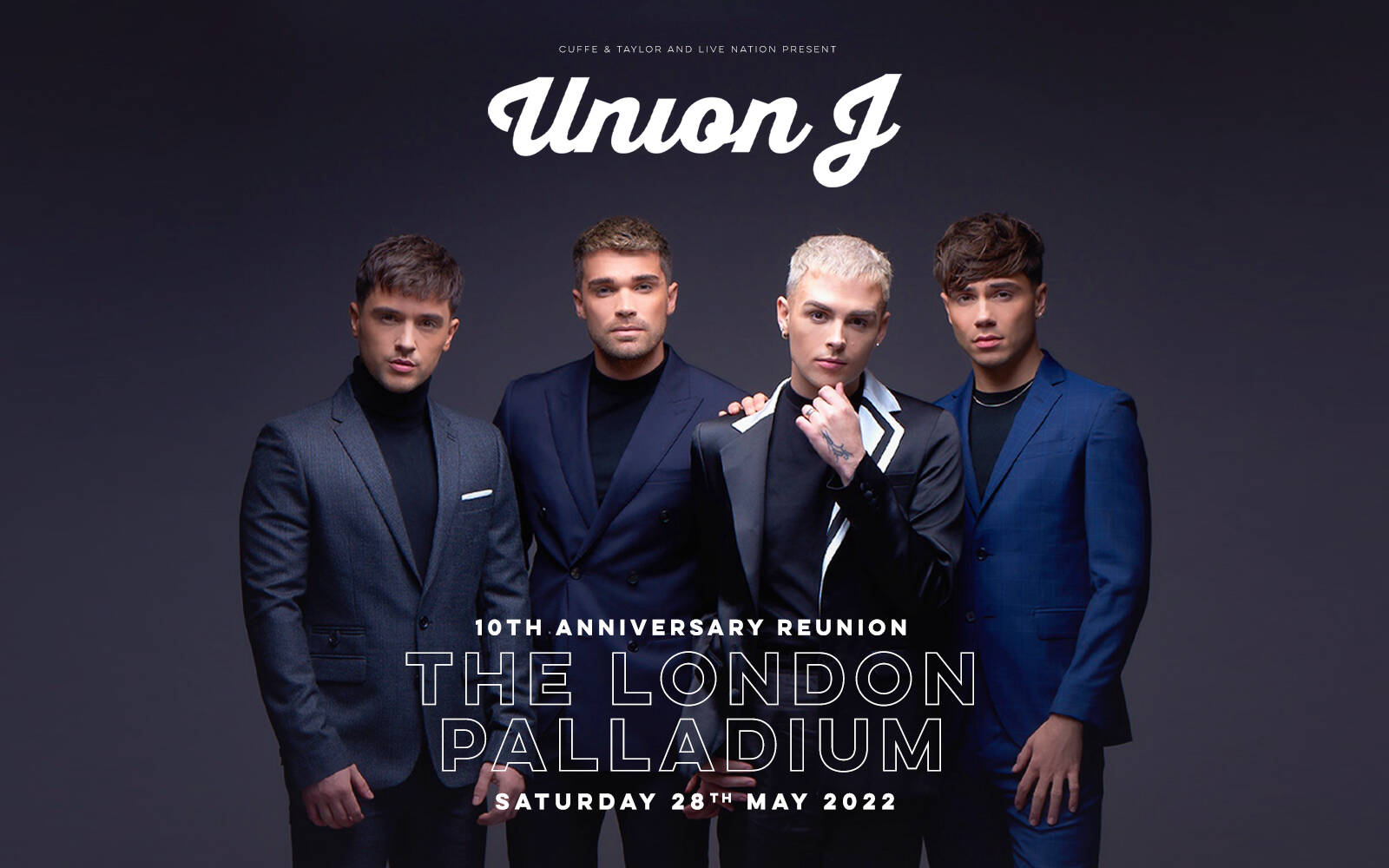 Speaking of their reunion Union  J said, “We’re so excited to be back! We can’t wait to be on the stage together as a four again and to be reunited with our wonderful fans. The London Palladium is such an incredible venue and it feels like the perfect return to live shows for us as a group. After the journey we’ve had, we know it’s going to be a night that we’ll remember forever!”

Union J, catapulted into the mainstream, after being hand-picked and brought together by boy band mogul Louis Walsh during the ninth series ITV’S The X Factor. Performing each week, they quickly amassed a loyal fanbase and went on to finish fourth in the competition, and subsequently signed to RCA records, releasing their debut single Carry You just six months later in summer 2013.

Before their disbanding in 2016, Union J achieved success, with 4 UK Top 10 singles (including 2 No.1 Physical singles) and a debut UK Top 10album, Winning Best British Breakthrough at the BBC Teen Awards, selling out arena shows, performing to millions on National TV, and making their Hollywood debut as ‘Heartthrobs’ on Kick-Ass 2 performing their standout single Carry You.

A decade on, all four original members of Union J are reuniting to celebrate their 10thAnniversary,