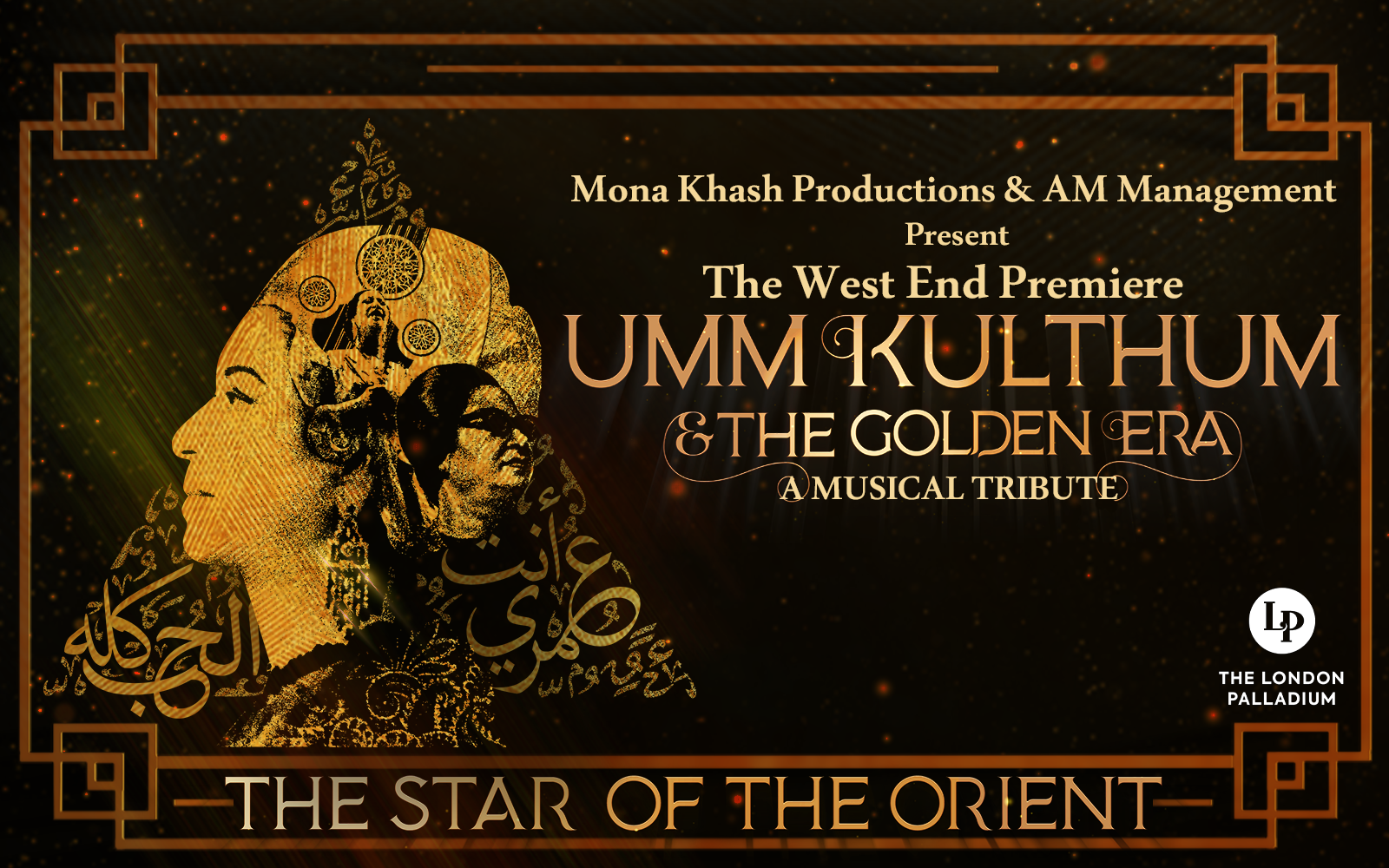 Egyptian Delta, turn of the century. The religious leader of the village of Tammay al Zahariyya, takes his daughter to sing in a village mawlid, where she stuns crowds with the strength of her voice. As she gets older, he dresses her as a Bedouin boy to perform, before taking her to Cairo to develop her career, where she is surrounded by the great composers, intellectuals, musicians and political thinkers of Egypt’s Golden Era. It is here that she meets the Sorbonne educated poet, Ahmed Rami and a love story begins. Loved by all and owned by none, Umm Kulthum’s admirers vied for her affections and praise with their attention and with their compositions. Her songs of love and yearning express the many forms that love can take; its pain and complexity. This play and musical tribute tells a story of a woman who did it her own way in a world of men; constantly rising against currents of change, transforming her music, her image and her style, to become a legend: Umm Kulthum, The Star of the Orient.

Umm Kulthum & The Golden Era will take you through a musical journey of her early years from the 1920s up to 1970s where she performed her grand concert at L’Olympia theatre in Paris. This show will be performed by a live orchestra and singers adapting to her early and later years. Songs including Inta Omri, Alf Laylah, Fakharouni, Al atlal and many more of her top hits will be performed live.

An Umm Kulthum Musical Production brought to you by Mona Khash Productions & AM Management.

Please note there is an age limit of 7+ for this event.