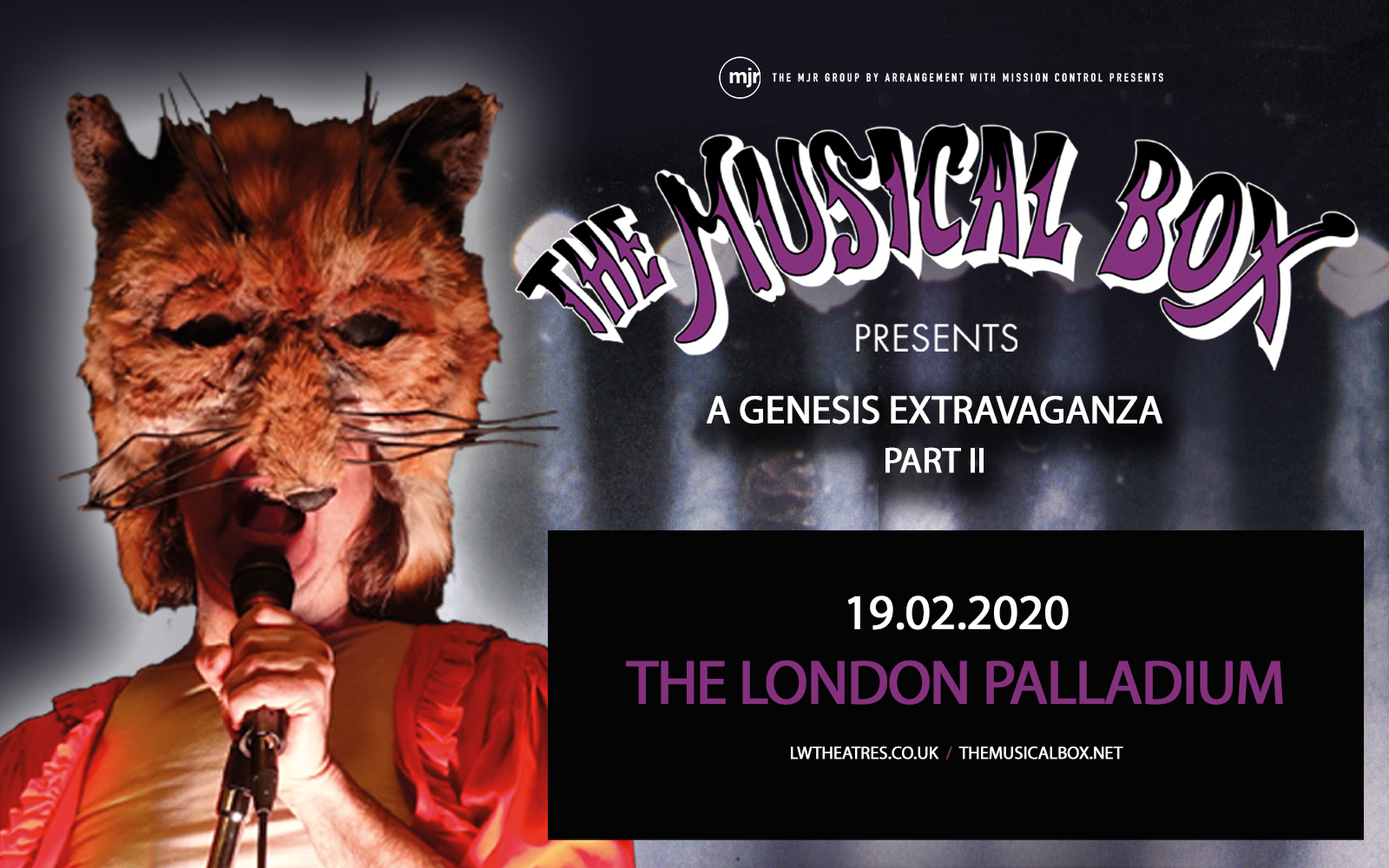 In 2018, in an all-out performance of live visual signature stunts, a museum-worthy array of vintage instruments and a dizzying pace of hit tracks and stage rarities, The Musical Box indulged in, for the first time in its 25 year existence, an intense trip of their own imagining into the world of early Genesis. In 2019, they return with Part II of A Genesis Extravaganza.

As the only band ever licensed and supported by Genesis and Peter Gabriel, The Musical Box, presents a new, never performed show featuring the music of Trespass, Nursery Crime, Foxtrot, Selling England by the Pound, The Lamb Lies Down on Broadway, A Trick of the Tail and Wind & Wuthering.

With a few added surprised thrown in for good measure, it’s a performance that any Genesis fan will not want to miss.

“The Musical Box recreated, very accurately I must say, what Genesis was doing.” – Peter Gabriel

“They’re not a tribute band, they have taken a period and are faithfully reproducing it in the same way that someone do to a theatrical production.” – Phil Collins

“I cannot imagine that you could have a better tribute for any act. They not only manage to sound, but look virtually identical. It seems as though nothing is too difficult for them.” – Steve Hackett

“It was better than the real thing actually. It was great, that was fantastic.” – Mike Rutherford

“The guy who does Peter Gabriel is brilliant.”– Tony Banks

Tickets from £29 – £56.50
Prices displayed include an online per ticket booking fee. No booking fees in person at the Box Office. All prices include a £1.50 restoration levy.