Booking at Her Majesty’s Theatre 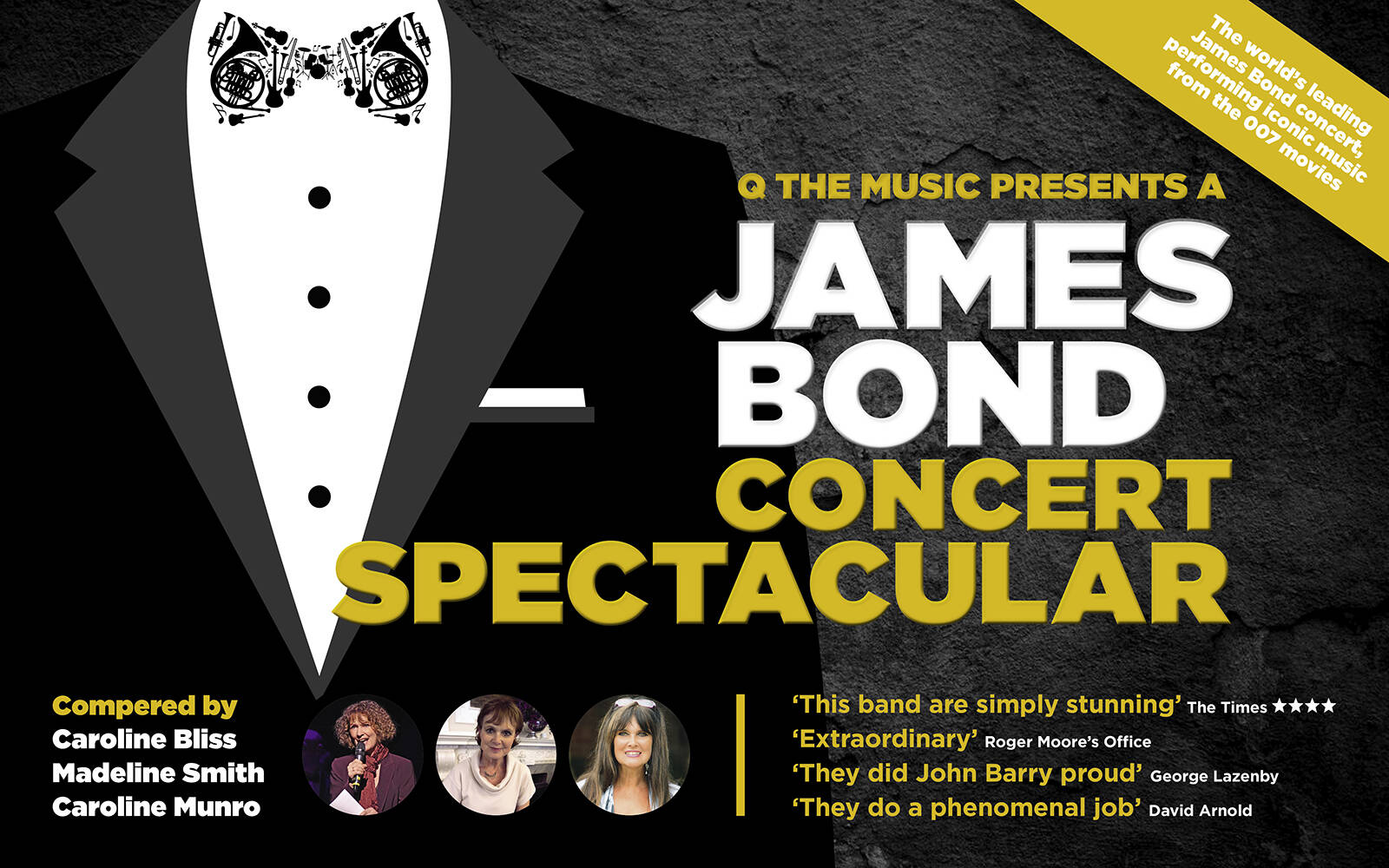 The James Bond Concert Spectacular by Q The Music Show is widely regarded across the world as the best tribute to the music of James Bond that has been produced.

Formed in 2004 as the world’s first dedicated tribute to the music of 007, they have gone on to establish themselves amongst every Bond fan club around the world as the finest performances of the songs since the originals.

Their stirring emotional and adrenaline-fueled performances, mixed in with superb musicianship and flair have been met by critical acclaim wherever they have gone.

The show features all the Bond songs such as Goldfinger, Diamonds Are Forever, Live and Let Die and Nobody Does It Better, performed with the most authentic and dedicated arrangements to the originals ever heard, but with such passion, enthusiasm and flair: you can’t help but be wowed.

The musicians in the show are taken from the UK’s leading orchestras, sessions and shows, and combined with several former Bond girl’s compering. Caroline Bliss, who played Moneypenny in The Living Daylights and Licence To Kill, Caroline Munro, Naomi in The Spy Who Loved Me and Madeline Smith, Miss Caruso in Live And Let Die will guide you through the concert sharing the odd anecdote about their time working in this legendary series.

With stunning singing, exquisite musicianship, informative comperes, and a show full of iconic tunes, it really is a night guaranteed of the highest quality. Don’t miss it!

Some of the most notable comments have come from hugely influential Bond related stars including:

David Arnold: “They do a phenomenal job”

Even The Times national newspaper raved about their performance in a 4-star review of their West End debut: “It’s hard to imagine this music being served better. Simply stunning.”

The show has become the go-to provider for all the top events in the world when it comes to James Bond. In 2017 they were asked to perform at Sir Roger Moore’s official memorial event at Pinewood Studios in front of the who’s who of the British film and TV industry including Sir Michael Caine, Dame Joan Collins and David Walliams. In 2019 they performed at an event with George Lazenby: the 50th anniversary event for On Her Majesty’s Secret Service, held at Piz Gloria in the Swiss Alps.

Plan Your Visit to Her Majesty’s Theatre

Whitney - Queen of the Night