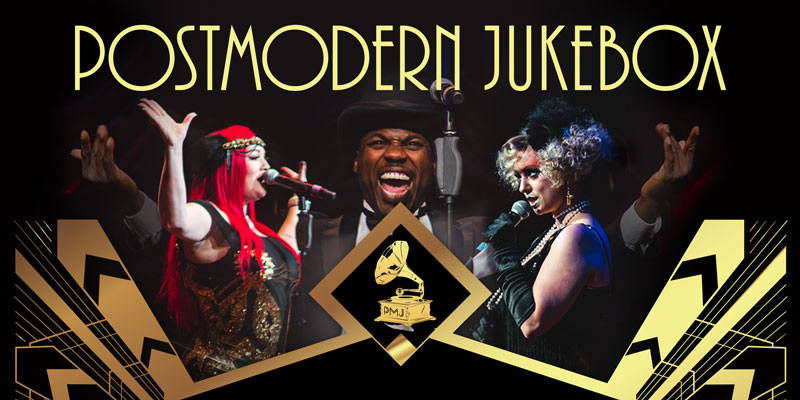 The Scott Bradlee’s Postmodern Jukebox tour has been postponed until 2021, therefore the performance at The London Palladium on Sat 3 October 2020 has been rescheduled to Wed 29 September 2021.

Your tickets will remain valid for the new date. If you have any queries, please contact your point of purchase.

To usher in the upcoming Twenty-Twenties, famed time-twisting musical collective Postmodern Jukebox will circumnavigate the globe in 2020 on their Welcome to the Twenties 2.0 Tour. The show is meant to prepare the world for a new decade – one that Postmodern Jukebox creator Scott Bradlee hopes will see a return to the style and craftsmanship that typified the music of past generations.

Started by Bradlee in 2009, Postmodern Jukebox has gone on to amass over one billion YouTube views with 3.5 million subscribers, and have chalked up more than 1.7 million fans on Facebook. For the past half-decade, PMJ has toured the world, playing hundreds of shows to sold-out houses on six continents. They’ve also performed on shows like “Good Morning America,” topped iTunes and Billboard charts, and caught the attention of NPR Music, NBC News and a wide array of celebrity fans.

VIP Packages are available for £158.00. These tickets include:

VIP Upgrade tickets are available for an additional £79.00. These tickets include: