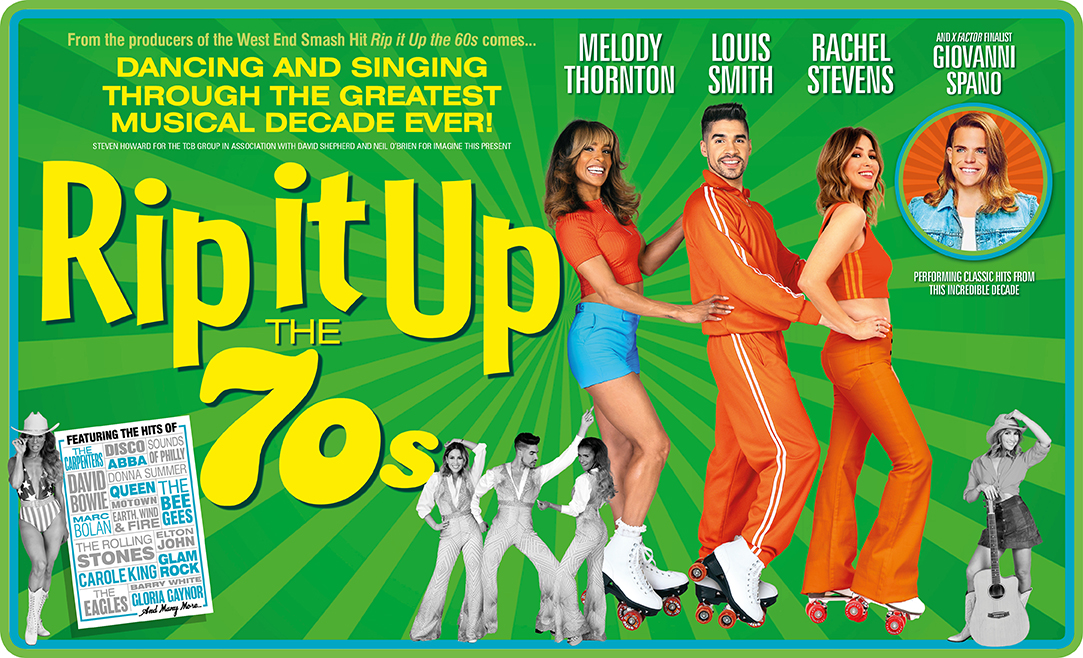 From the Producers of Rip it Up the 50s and 60s comes the greatest music decade ever!

The 1970s were when icons were born. With the groundwork for a new sense of personal freedom laid in the swinging 60s, people experimented with their sound, look and entire persona in more extreme ways.

From somewhere in space landed David Bowie and Marc Bolan – two other-worldly angels at the forefront of glam rock. In New York and Miami disco was born… Music went more soulful with the sounds from Philadelphia. The Eurovision Song contest made its greatest contribution to pop music with the birth of Abba.

There is a strong argument that this might have been the greatest decade of all-time for popular music. Michael Jackson went Off The Wall, Eagles were checking out of Hotel California, The Bee Gees defined a Saturday Night Fever, Bruce was Born To Run, Carole King wove her Tapestry, Fleetwood Mac had their Rumours, The Beatles Let It Be, John Lennon Imagined… And we have still yet to mention to Queen, Elton, American Pie, The Carpenters, Marvin Gaye, Barry White, Sandy & Denny in Grease, Led Zeppelin climbing their Stairway to Heaven and Pink Floyd finding The Dark Side Of The Moon.

Probably the greatest decade for music ever. The 70s didn’t do things by halves!

Tickets from £29 – £48.25
Prices displayed include an online per ticket booking fee. No booking fees in person at the Box Office. All prices include a £1.50 restoration levy