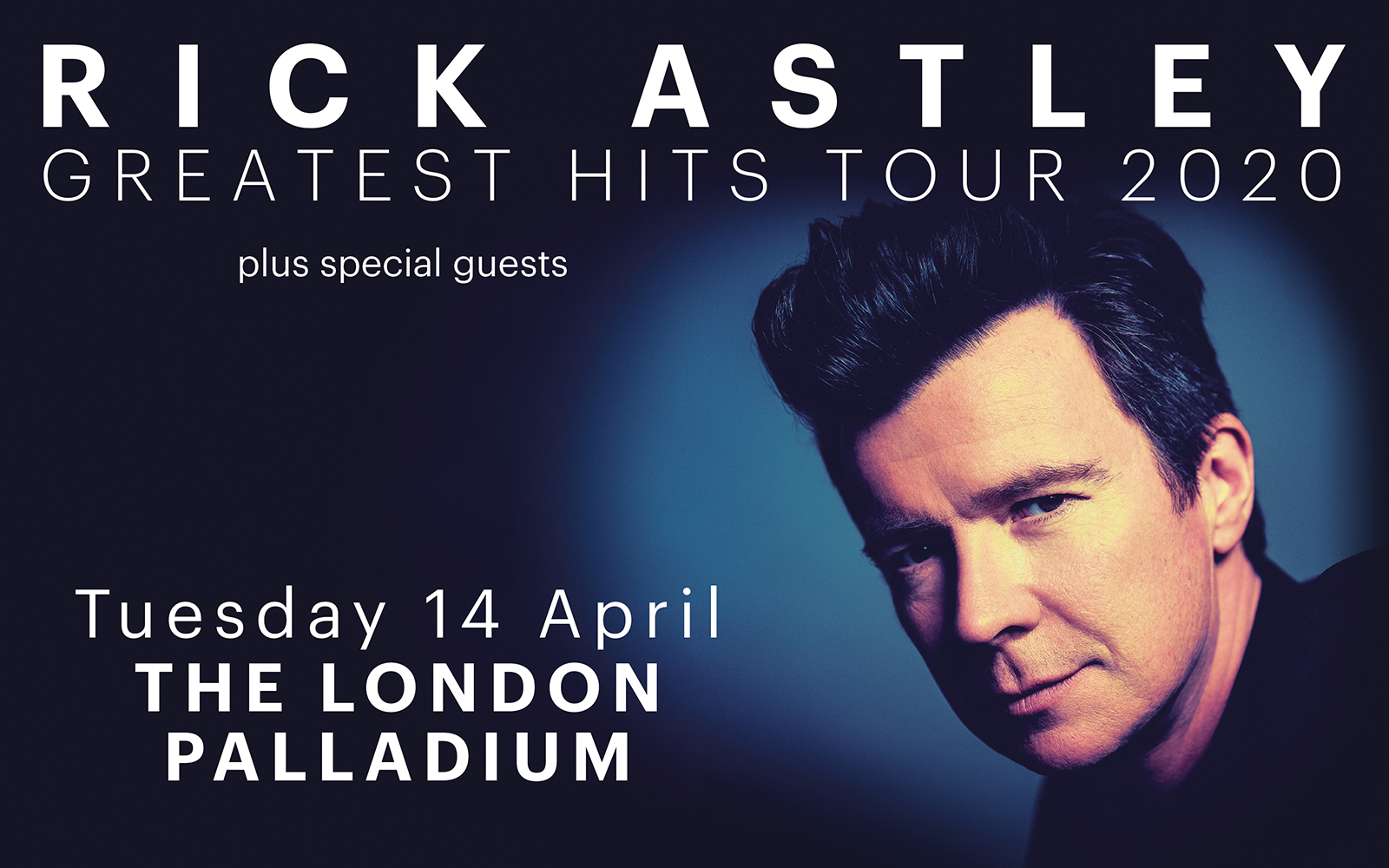 Rick Astley returns to The London Palladium to perform some of his greatest hits.

His shows are a celebration, mixing the famous hits that he made his name with alongside current fan favourites. Rick’s wide-ranging love of music means that his sets are often peppered with some inspired covers – as vintage as AC/DC’s, Highway To Hell, and as contemporary as Calvin Harris and Rag ‘n’ Bone Man’s, Giant.

At the age of 21, Rick Astley emerged from the shadows of the Stock, Aitken and Waterman production house to become one of the biggest stars on the planet. His era-defining classic, Never Gonna Give You Up, topped charts the world over and catapulted him on a journey that would encompass eight consecutive UK Top 10 hits and 40 million sales. And after stepping aside to focus on his family, he shot back to #1 almost 30 years later with his hit Platinum-selling album, 50.

Rick celebrates his extraordinary story with the release of, The Best of Me. It charts that initial run of hits Whenever You Need Somebody, Together Forever and many more) alongside recent fan favourites such as Keep Singing, Angels On My Side and Beautiful Life. It also digs into some deep cuts too, such as Lights Out from 2010.

Tickets from £45.50 – £67.50
Prices displayed include an online per ticket booking fee. No booking fees in person at the Box Office. All prices include a £1.50 restoration levy.

The Show: The Music of ABBA