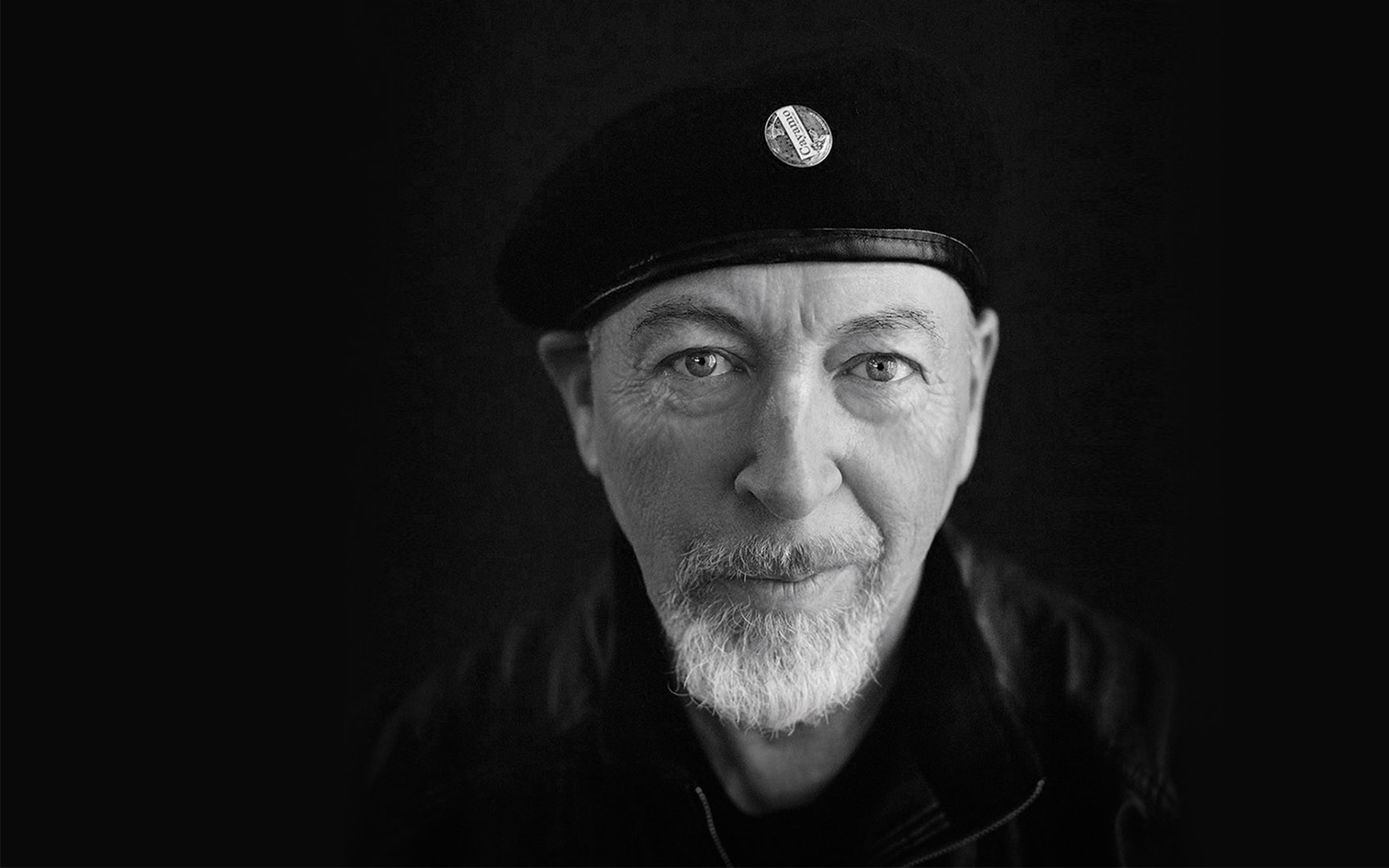 Richard Thompson is a world-renowned singer, songwriter and guitarist, best known for his work in the folk rock group Fairport Convention. Rolling Stone named him as one of the ‘Top 20 Guitarists of All Time’ and he has received lifetime achievement awards for songwriting on both sides of the Atlantic. He is the recipient of an Ivor Novello Award and was awarded an OBE in 2011. He continues to write and record new material and frequently performs live at venues throughout the world.

Guitarist and songwriter Richard Thompson came of age during an extraordinary moment in British culture: it was 1967 and popular music was reflecting a great cultural awakening. In the midst of this, eighteen-year-old Thompson co-founded legendary folk rock group Fairport Convention and helped invent a new genre of music.

Thompson packed more than a lifetime of experiences into his late teens and twenties. From the pivotal years of 1967 to 1975, he matured into a major musician, survived a devasting car crash and departed Fairport Convention for a duo act with his wife, Linda, at the height of the band’s popularity. His discovery of Sufism profoundly reshaped his approach to everything in his life and, of course, the music he wrote thereafter. In Beeswing, Thompson goes back to his childhood, recreates the spirit of the sixties and takes us inside life on the road in the UK and the US, crossing paths – and occasionally sharing the stage – with the likes of Led Zeppelin, Pink Floyd, Nick Drake, Jimi Hendrix and others.

An intimate memoir of musical discovery, personal history and social revelation, Beeswing vividly captures the life of one of Britain’s most significant artists during a heady period of creative intensity, in a world on the cusp of change.

TICKETS
Tickets from £42.95 – £84.20
Prices displayed include an online per ticket booking fee. All prices include a £1.70 restoration levy.