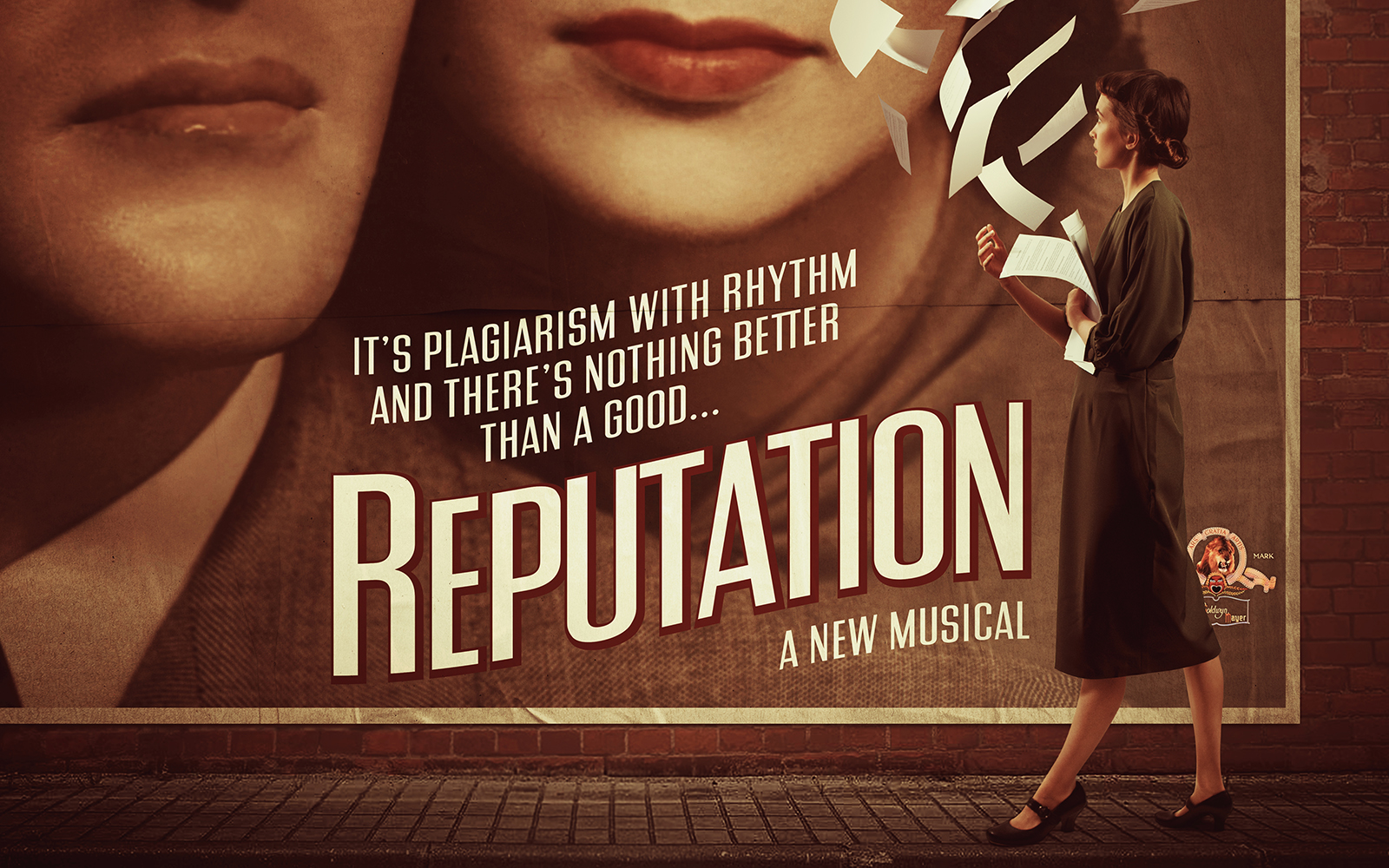 Hollywood in the late 1930’s: a time when the major studios are struggling to feed the insatiable worldwide demand for new talkies. Freddy Larceny is a con artist running a scam to pass-off the work of new writers as his own. He strikes gold when Michelle Grant, an aspiring novelist and student at a Paris language and deportment college, spots his advertisement in the ‘Variety’ trade newspaper. Larceny plagiarises her script for a film – credited to him as writer – that then goes on to receive an Oscar nomination.

Reputation, a major new retro musical by Alick Glass, is a compelling story of plagiarism and the female struggle for equality. It follows Michelle’s fight for recognition and the recovery of her stolen work, told through 25 original songs and romantic ballads written in the flamboyant style of the best-loved lyricists of the mid 1900’s.