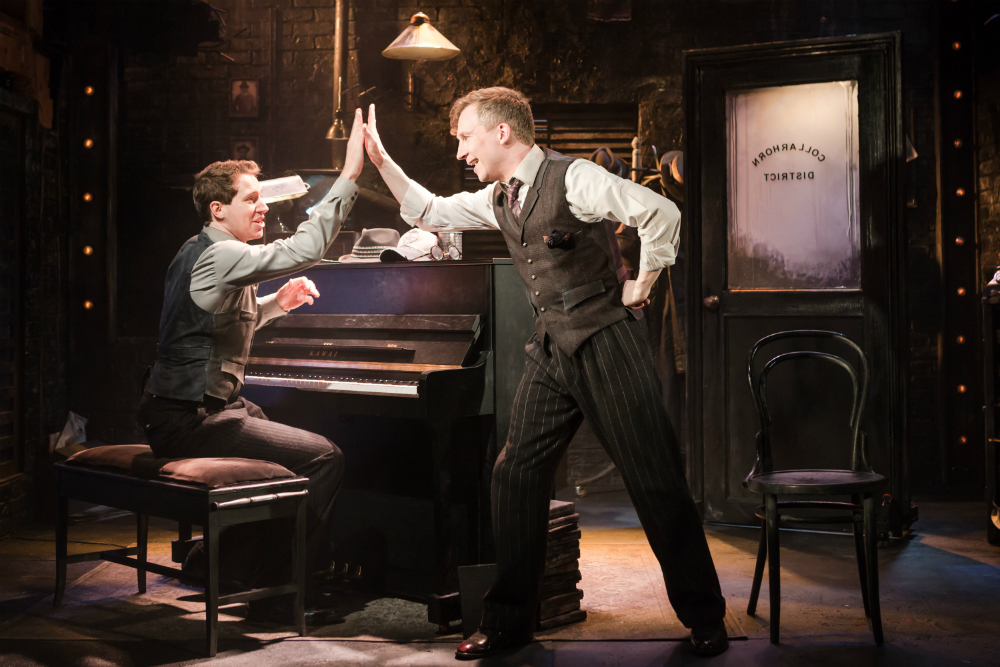 When famous novelist Arthur Whitney is found dead at his birthday party, it’s time to call in the detectives. The only problem is, they’re out of town. Enter Officer Marcus Moscowicz, a neighbourhood cop who dreams of climbing the ranks. With the clock ticking, it’s up to Marcus to prove his super sleuthing skills and solve the crime before the real detective arrives.

Murder For Two was recently a huge hit Off-Broadway. The production played to sell out houses and brilliant reviews in its European Premiere at The Watermill Theatre and The Other Palace.

Murder for Two reunites producer-director team Paul Taylor-Mills and Luke Sheppard who last worked together on their Olivier award-winning musical In The Heights.