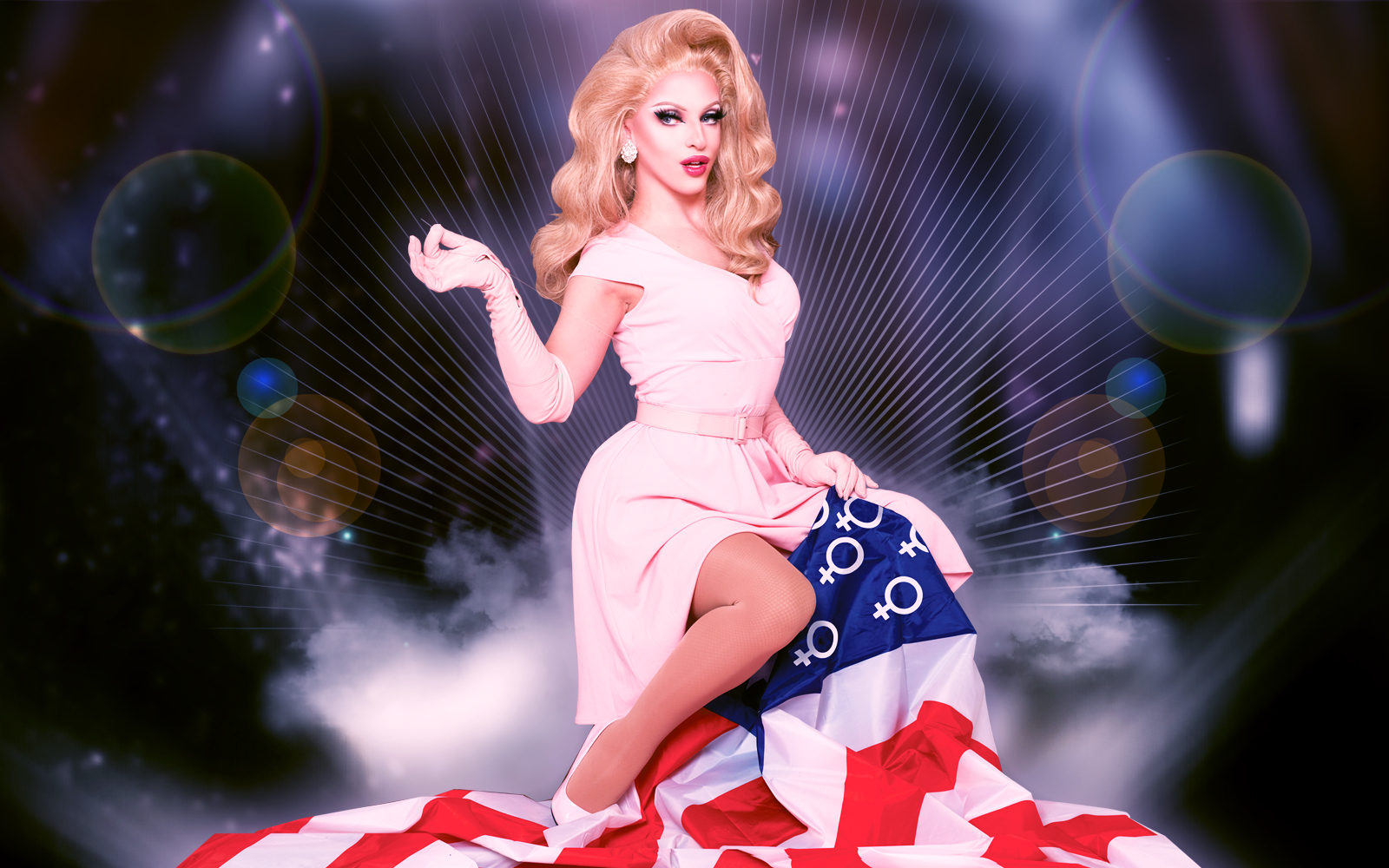 Celebrating five years of Holy T and following the success of Miz Cracker‘s first one woman show to the UK, Miz Cracker makes her debut at The London Palladium. As the first RuGirl to bring a show here, you can expect her to pull out all the stops. She’ll also be bringing some very special guests from across the pond.

Cracker’s new show, American Woman, will take the venue by storm with a witty and informative comedy show made for women from every background as well as the men among us.

“I’m excited to premiere American Woman  because it brings attention to women’s rights at a critical moment. And it feels right to create something that speaks to the people who make up most of my audience – women. In the past year I’ve traveled alot, and I’ve seen how women around the world support drag and queer people. And I want to give something back.” Miz Cracker

Cracker will use comedy and performance to open a discussion upon the way in which drag queens and gay men can become better allies to women in an age where feminism is more important than ever. And what better day to make this announcement than International Woman’s Day!

Tickets from £22.95 – £73
Prices displayed include an online per ticket booking fee. No booking fees in person at the Box Office. All prices include a £1.50 restoration levy.

The Show: The Music of ABBA