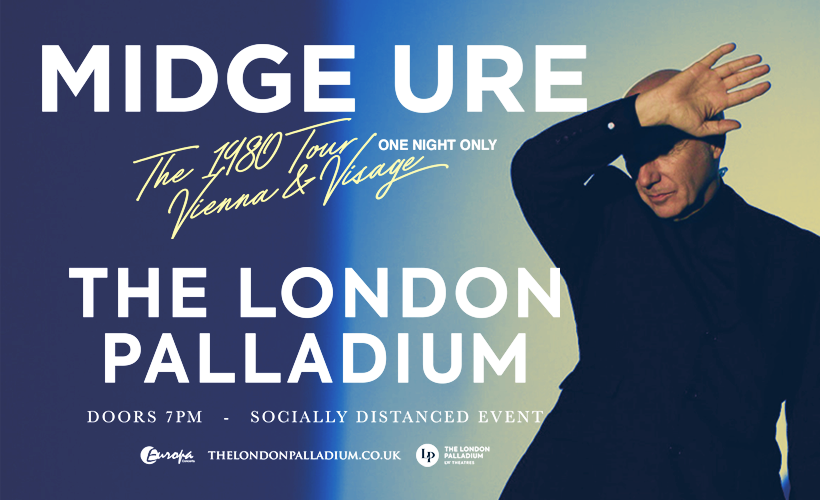 Due to the ongoing Covid-19 pandemic, and Government restrictions on live performances, Midge Ure at The London Palladium on Friday 7 May 2021 is unfortunately cancelled.

Bookings will automatically be refunded within 7-10 working days. If you have any queries, please contact your point of purchase.

Join Midge Ure and his Band Electronica on this celebratory journey back to 1980.

Both records, Vienna and Visage, were co-written, recorded and produced by one of the leading characters in British music, Midge Ure, and not only transformed the charts around the globe but his life in the process.

The music will be performed in a specially designed stage setting, intended to reflect the atmosphere and ambience the albums deserve.

In the event that the show is postponed, your ticket will be valid for the new date. If the show is cancelled outright, or if you cannot make the rescheduled date in the event of a postponement, you will be entitled to a full refund from your point of purchase.