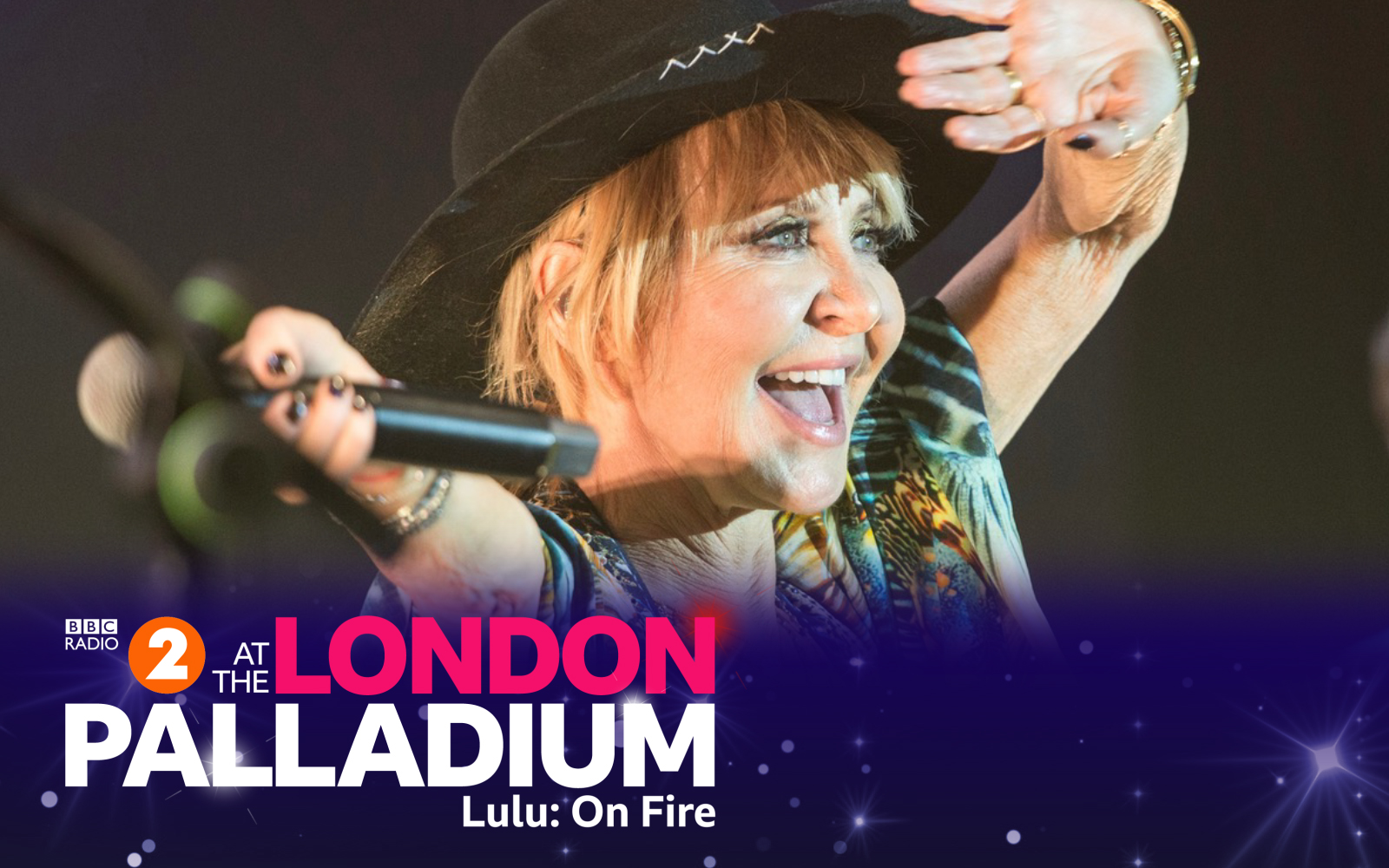 Since she first sprang to fame with the release of Shout, Lulu has been one of the music world’s top singers in pop, R&B and soul. BBC Radio 2 bring her latest show On Fire to The London Palladium, packed full of her hits including The Man Who Sold The World, Relight My Fire, To Sir With Love, I Don’t Wanna Fight, We’ve Got Tonight and, of course, Shout.

Join Lulu, along with her band, archive film and for the first time with an orchestra, as she looks back on her remarkable life story and career, that has now spanned more than five decades.

NOW CONFIRMED! Gary Barlow will be making a special guest appearance with Lulu for this special show. Stay tuned for more guest announcements!

Lulu says: “I’ve loved touring with my incredible band over the past few months and am now really looking forward to bringing ‘On Fire’ to the legendary London Palladium with BBC Radio 2.”

Something to shout about? Lulu has plenty!

Tickets from £37.25 – £66.40
Prices displayed include an online per ticket booking fee. No booking fees in person at the Box Office. All prices include a £1.50 restoration levy.