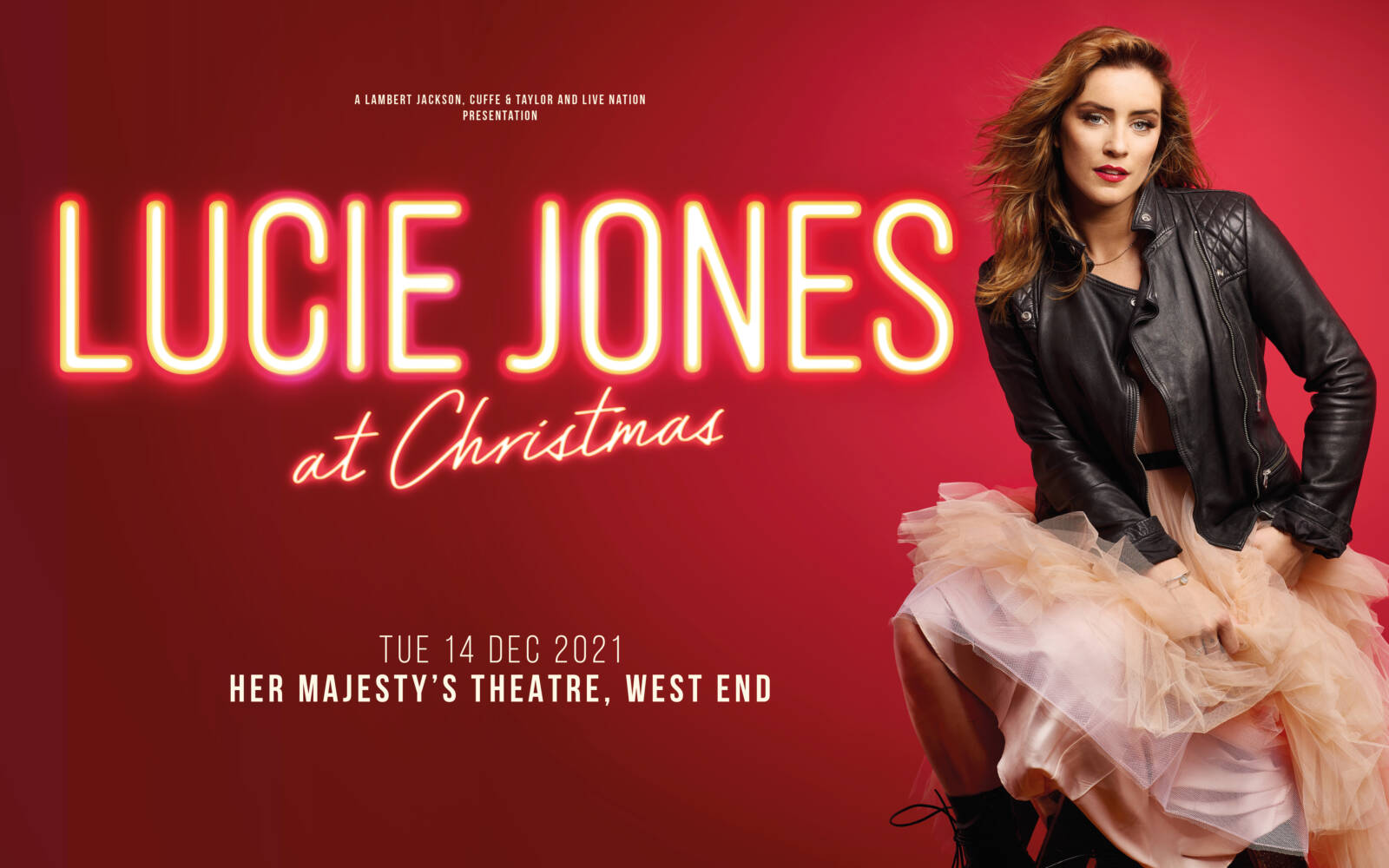 FINAL CURTAIN CALL
This show is no longer running at Her Majesty's Theatre.

Singing sensation Lucie Jones rose to fame on The X Factor in 2009 and has gone on to star in musicals including Les Misérables, Waitress, RENT, Legally Blonde and Ghost.

Now she’s preparing to celebrate the festive season with this very special, exclusive headline show Lucie Jones at Christmas. The one-off concert will showcase Lucie’s most-loved showtunes and hits from her career, alongside her favourite Christmas songs, accompanied by her live band.

Lucie said, “I have been very fortunate to play some amazing roles across the UK and in the West End, and to now be planning a very special Christmas show and to be stepping out on stage as me – Lucie, is very exciting. I love the festive season, so sharing my favourite songs with fans at this most wonderful time will be very special indeed.”

Lucie is currently playing Jenna Hunterson in the debut UK tour of Waitress – having first played the role at London’s Adelphi Theatre. This follows a summer starring as Fantine in Les Misérables: The Staged Concert in the West End. Previous roles include Maureen in RENT, Elle Woods in Legally Blonde and Molly in Ghost.

Plan Your Visit to Her Majesty's Theatre