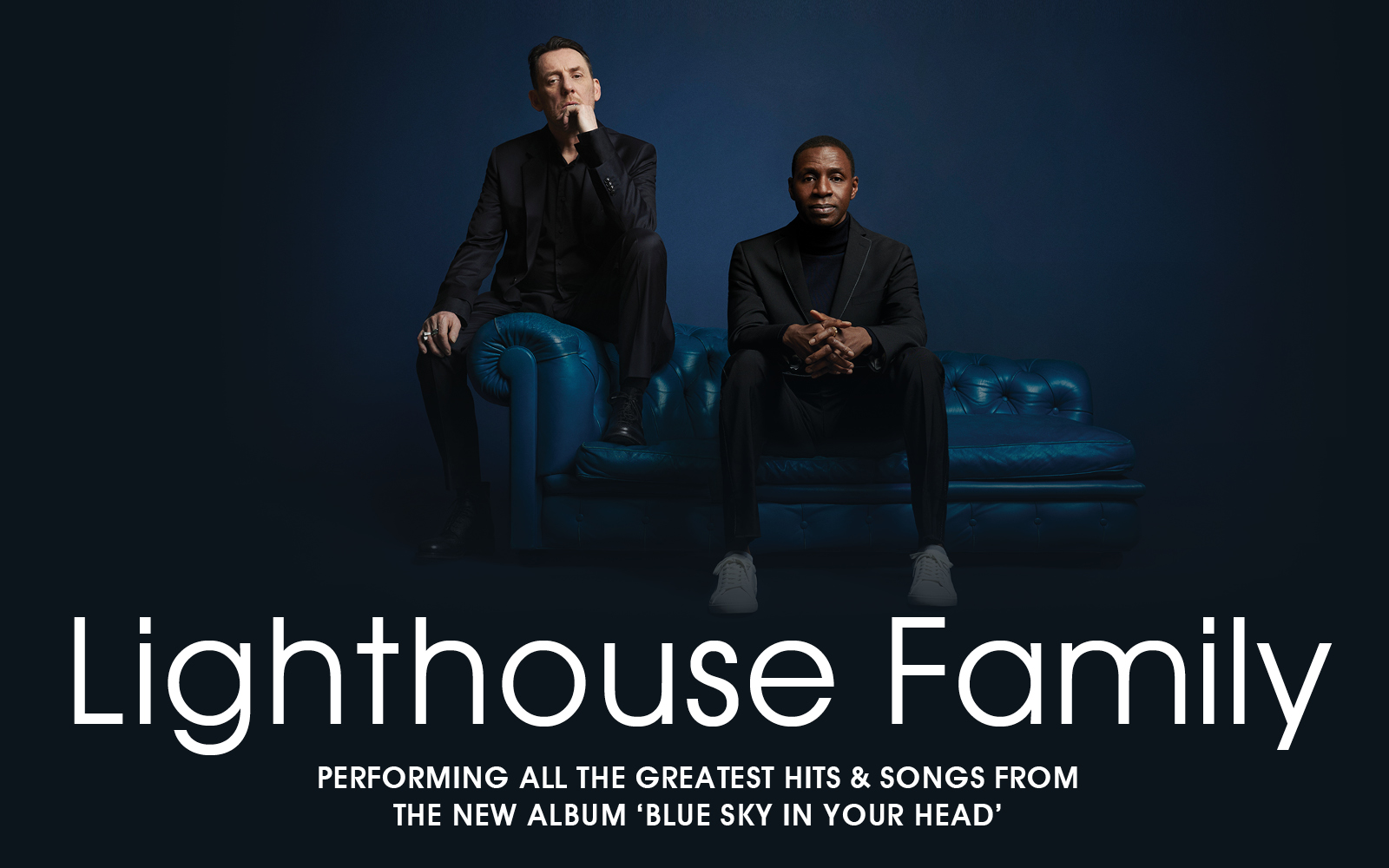 As one of the most successful bands of the 90s and 00s Lighthouse Family are back. The news comes as the band are set to release their new album, Blue Sky in Your Head, after 18 years.

Tunde Baiyewu and Paul Tucker formed Lighthouse Family after meeting at Newcastle University in the early 1990s. Their 1995 debut album Ocean Drive was a slow-burning success, going six times platinum while staying in the album charts for almost three years. Lifted became one the defining songs of the era, a pop-soul classic that was inescapable on radio, becoming the soundtrack of high street Britain, drivetime Britain and night-out Britain.

Tickets from £33.95 – £62
Prices displayed include an online per ticket booking fee. No booking fees in person at the Box Office. All prices include a £1.50 restoration levy.

VIP Package
VIP tickets are priced at £132 online and include the following: