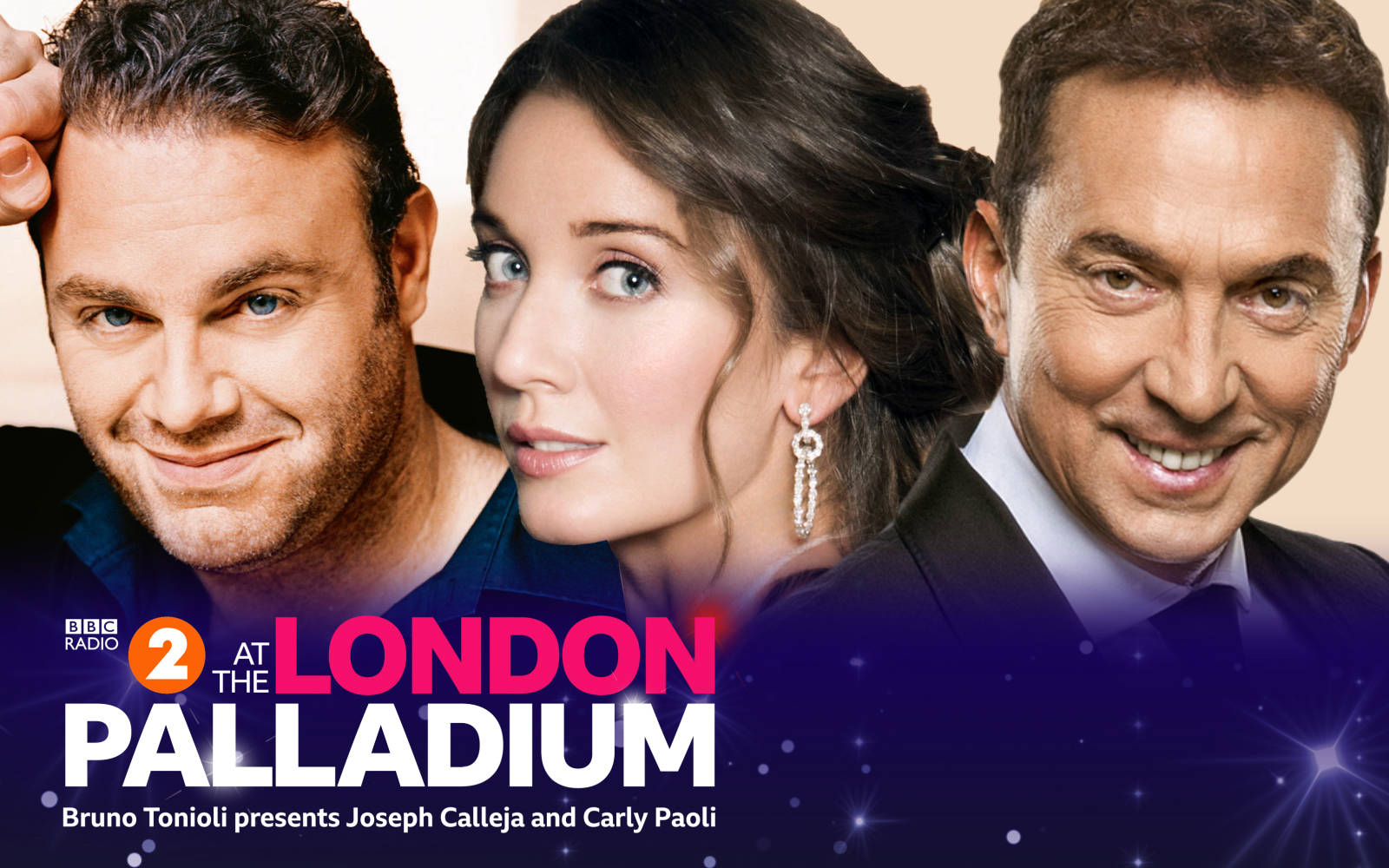 It’s ‘strictly come singing’ as the irrepressible Bruno Tonioli celebrates his passion for opera and the world’s most beautiful melodies in this special concert.  Featuring the Man with the Golden Voice – one of the world’s greatest tenors – Joseph Calleja and Carly Paoli, along with the 60 strong BBC Concert Orchestra, they perform classic hits including Nessun Dorma, La Donna è Mobile, Moon River, Granada, The Loveliest Night of the Year, O Sole Mio, Strangers In The Night, Maria, Music of the Night, Somewhere Over The Rainbow and many, many more.

Blessed with a golden-age voice that inspires comparisons to legends such as Jussi Björling, Beniamino Gigli, and even Enrico Caruso, Maltese-born Joseph Calleja has quickly become one of today’s most acclaimed tenors and is constantly in demand at the world’s leading opera houses in New York, Vienna, Berlin and London. In this, his first appearance at The London Palladium, he explores the greatest hits of opera alongside lighter side of his repertoire and is joined by Classic Brit Nominee and BBC Music Ambassador, Carly Paoli, for a very special celebration of song.

Tickets from £37.25 – £53.75
Prices displayed include an online per ticket booking fee. No booking fees in person at the Box Office. All prices include a £1.50 restoration levy.