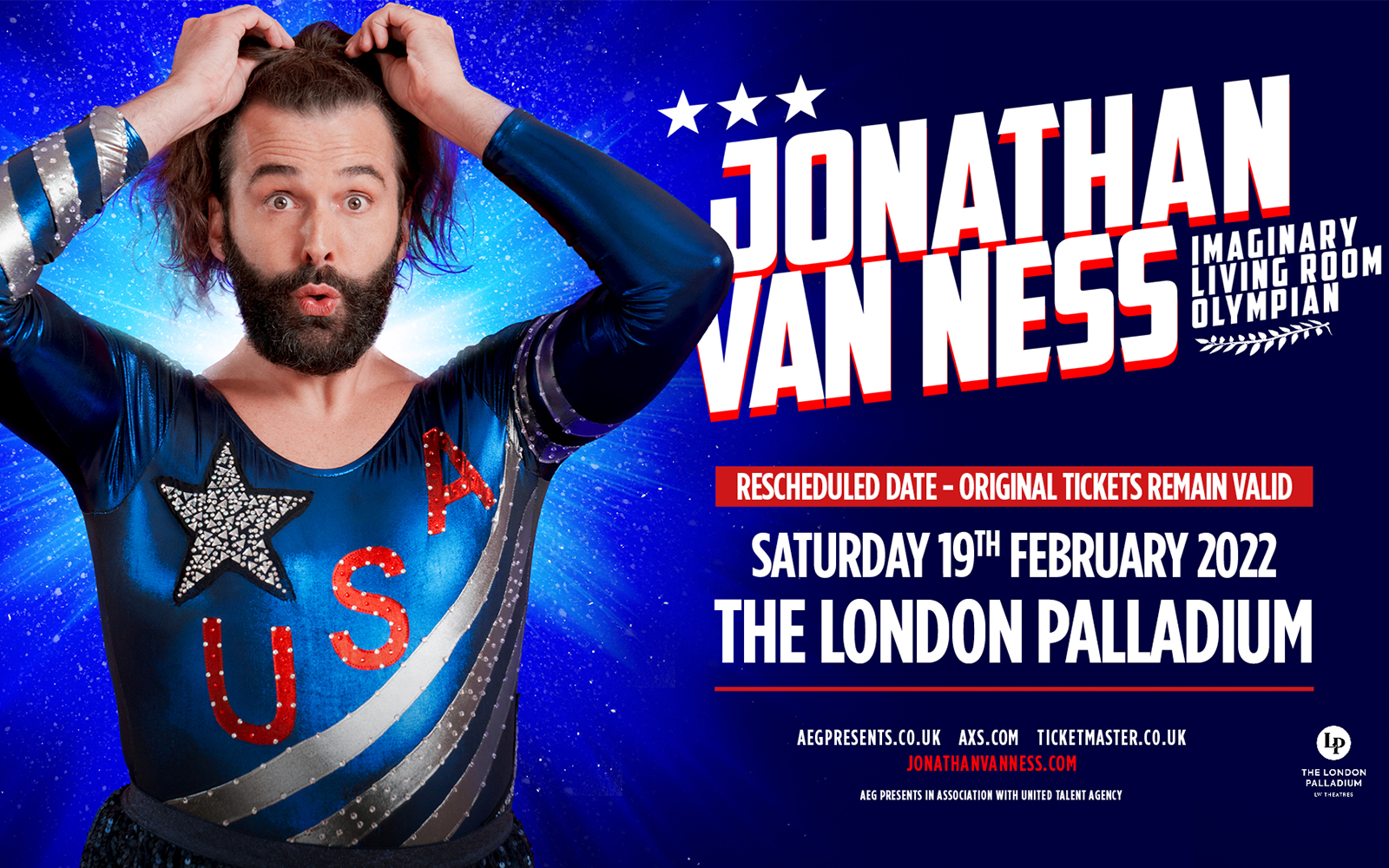 Jonathan Van Ness is an Emmy-nominated television personality, New York Times best-selling author, podcaster, and hairstylist to the stars. He stars on Netflix’s Emmy Award-winning reboot series Queer Eye, where he shines as the hair guru and self-care advocate. He was a 2020 Primetime Emmy nominee for ‘Outstanding Host for a Reality or Competition Program’ along with his Queer Eye cast mates.

In addition to Queer Eye, Jonathan starred on the Emmy-nominated web series Gay of Thrones, a witty social commentary series recapping HBO’s Game of Thrones. Launched in 2013, the series wrapped its eighth and final season last year and garnered Emmy nominations in 2016, 2018 and 2019 for ‘Outstanding Short Form Variety Series.’

Jonathan also continues to work on his passion project, his podcast Getting Curious with Jonathan Van Ness, a weekly exploration of all the things Jonathan is curious about. The podcast was named one of the Top Podcasts of 2018 by Time Magazine, won the iHeart Radio Award for Best LGBTQ Podcast, and is a 2020 People’s Choice Award nominee for Best Pop Podcast. Jonathan is also a 2020 People’s Choice Award nominee for ‘Favorite Reality TV Star’ for the second year in a row.Jonathan recently completed his first worldwide comedy tour Jonathan Van Ness: Road to Beijing, which included a sold out show at Radio City Music Hall in NYC, as well as stops in London, Ireland, Australia and New Zealand.

In September 2019, he released his revelatory memoir, Over The Top: A Raw Journey To Self-Love, now a New York Times Best-Seller. Over The Top won the 2019 Goodreads Choice Award for Best Memoir & Autobiography and has been named a must read book of 2019 by The New York Times, TIME Magazine and NPR to name a few. His appearance on The Late Show with Stephen Colbert to discuss the book, living with HIV and HIV stigma earned a GLAAD Media Award for ‘Outstanding Variety or Talk Show Episode.’

Jonathan is passionate about using his platform and voice for change. As an avid supporter of the LGBTQ+ community, he worked closely with Planned Parenthood and The Trevor Project on campaigns tied to the release of his book that focused on removing the shame and stigma that comes along with talking about sexual health, as well as the long-lasting effects of bullying and how to overcome it. In December 2019, Jonathan made history as the first non-female solo cover star of Cosmopolitan UK in 35 years. He recently released his first children’s picture book, Peanut Goes For The Gold, about a gender non-binary guinea pig who does everything with their own personal flare.