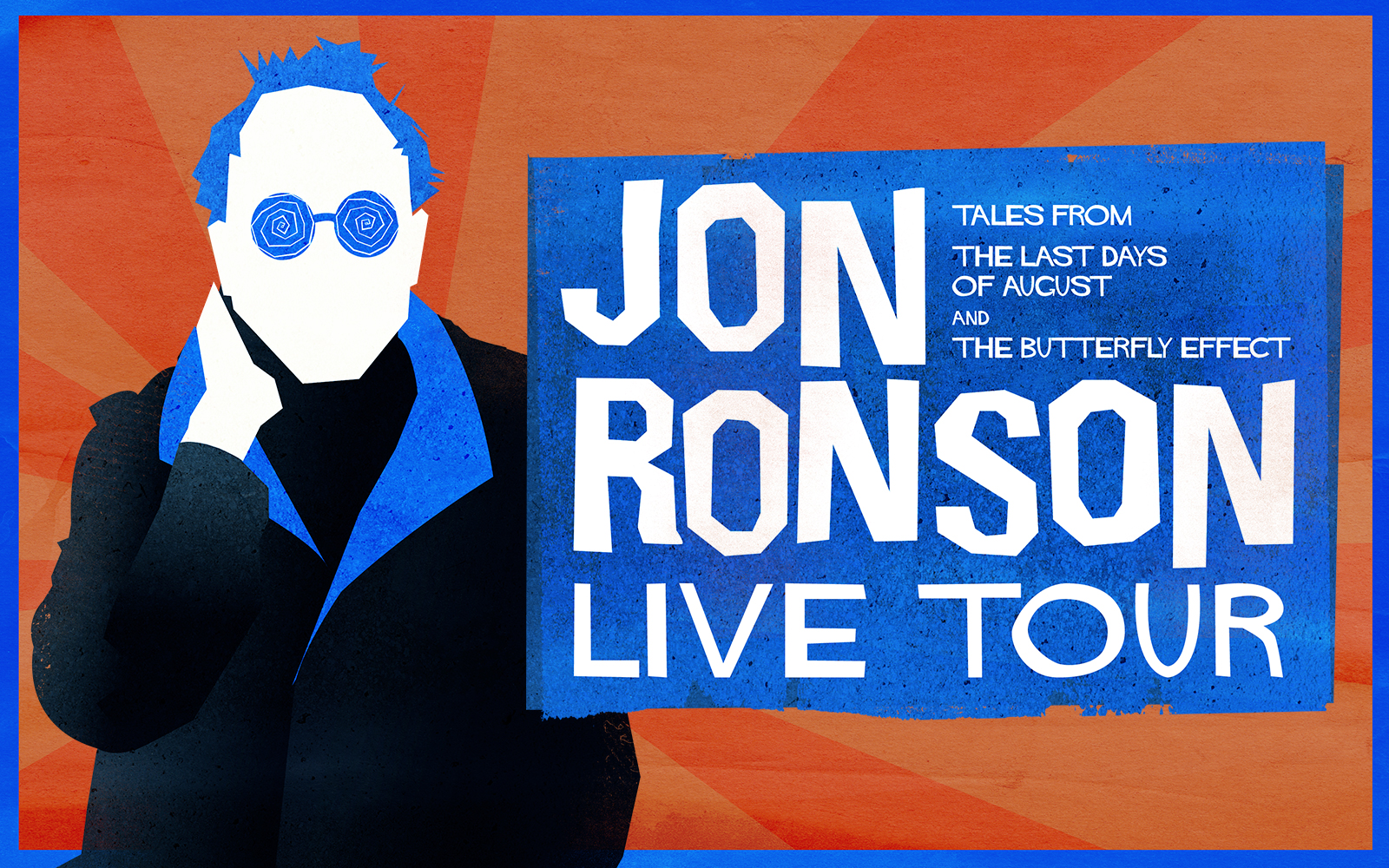 Critically acclaimed, award-winning, best-selling humourist, journalist and documentary filmmaker Jon Ronson returns to the UK in May with his new show Tales from The Last Days of August and The Butterfly Effect.

“It makes for a gripping listen, a story that unfolds in a madly unpredictable way.” – The Guardian (on The Butterfly Effect)

“The Butterfly Effect has the same level of detail and widescreen storytelling that you would expect from a television documentary.” – Financial Times

Jon Ronson’s nonfiction books include So You’ve Been Publicly Shamed, The Psychopath Test, Them: Adventures With Extremists, Lost At Sea and The Men Who Stare At Goats. All have been international and/or New York Times best-sellers, translated into more than 30 languages, and his two TED talks have been watched 15 million times.

“An eye-opening and often heartwarming exercise in breaking taboos.” – NME (on The Butterfly Effect)

Jon Ronson’s original screenplays include the critically acclaimed Netflix original Okja, which he co-wrote with Bong-Joon Ho, and Frank, which he co-wrote with Peter Straughan. Okja was selected to compete for the Palm D’Or at the 2017 Cannes Film Festival and Frank won the Best Screenplay Award at the 2014 British Independent Film Awards. The Men Who Stare At Goats was adapted into a film starring George Clooney.

In the US Jon Ronson is a regular contributor to This American Life, the New York Times and GQ magazines, and regularly appears as a guest on radio and TV. In the UK he writes for The Guardian; his documentaries include Stanley Kubrick’s Boxes, The Secret Rulers of the World, and seven seasons of the multi-award winning BBC Radio 4 programme Jon Ronson On… His most recent works are the Audible Original Series The Butterfly Effect and The Last Days of August.

Tickets from £29 – £40
Prices displayed include an online per ticket booking fee. No booking fees in person at the Box Office.

Please note this event has a ticket limit of 10 per customer.