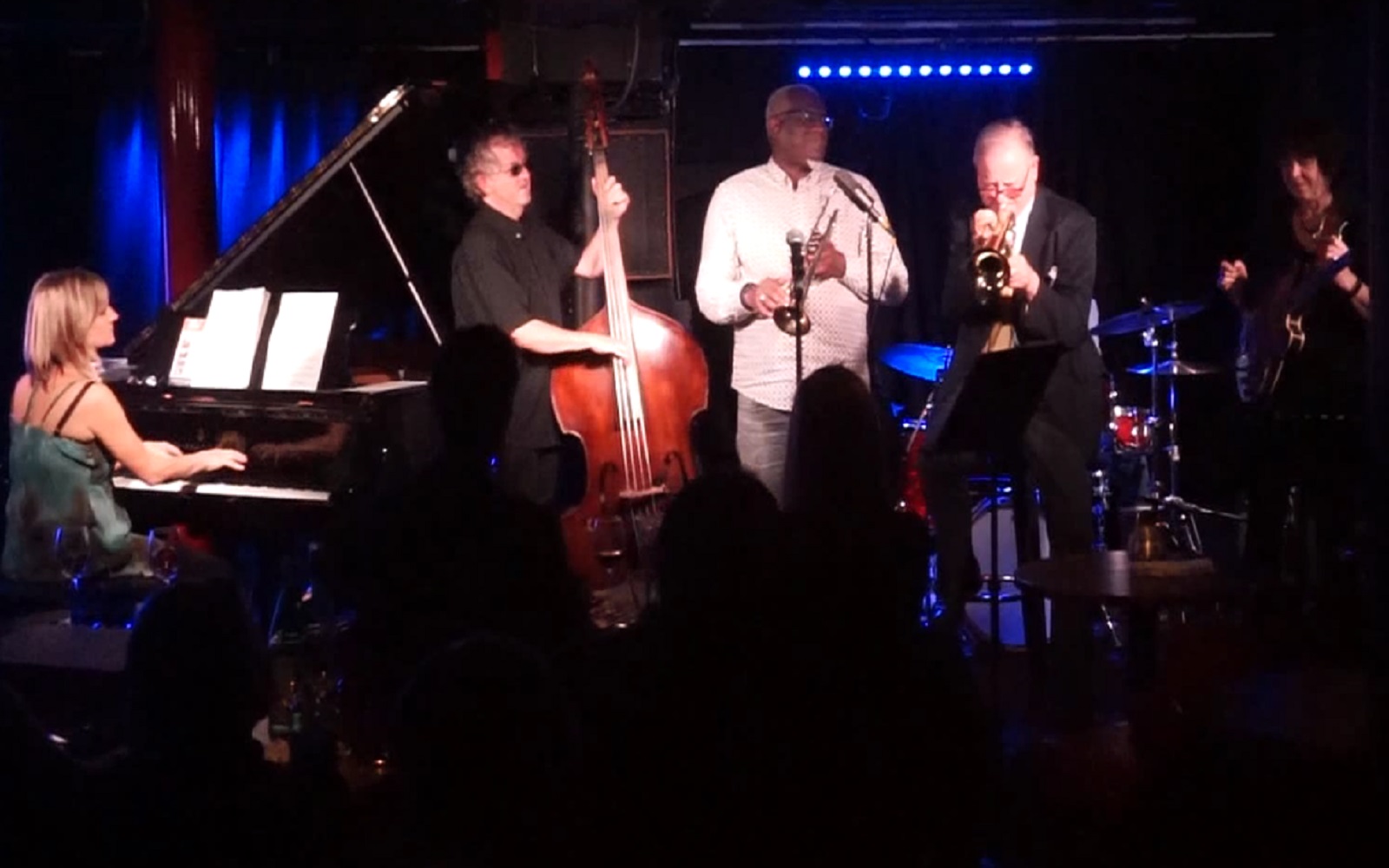 Andrea Vicari was born in Miami (Florida) and grew up in Birmingham. Educated at Cardiff University, she won a scholarship to study at The Guildhall School of Music in London. Andrea was soon in demand as a ‘side-man” working with bass guitar legend, Dill Katz in a band that included guitarist Phil Robson.

Emily Saunders has established a strong career as a vocalist, writer and producer. Her music, broadcast nationally on BBC Radio, Jazz FM & XFM; and has also charted internationally on iTunes and Amazon in the UK, USA, Spain, Germany, France and Indonesia; Emily has truly become an international force in the jazz world.

Deirdre Cartwright is a London guitarist and composer who became known presenting the BBC TV’s ground breaking series ‘Rockschool’. She played with Afro Latin Jazz group The Guest Stars, recording three albums and toured in 17 countries. In 1991 she formed the Deirdre Cartwright Group and has recorded five albums, and played festivals from Mexico to Warsaw.