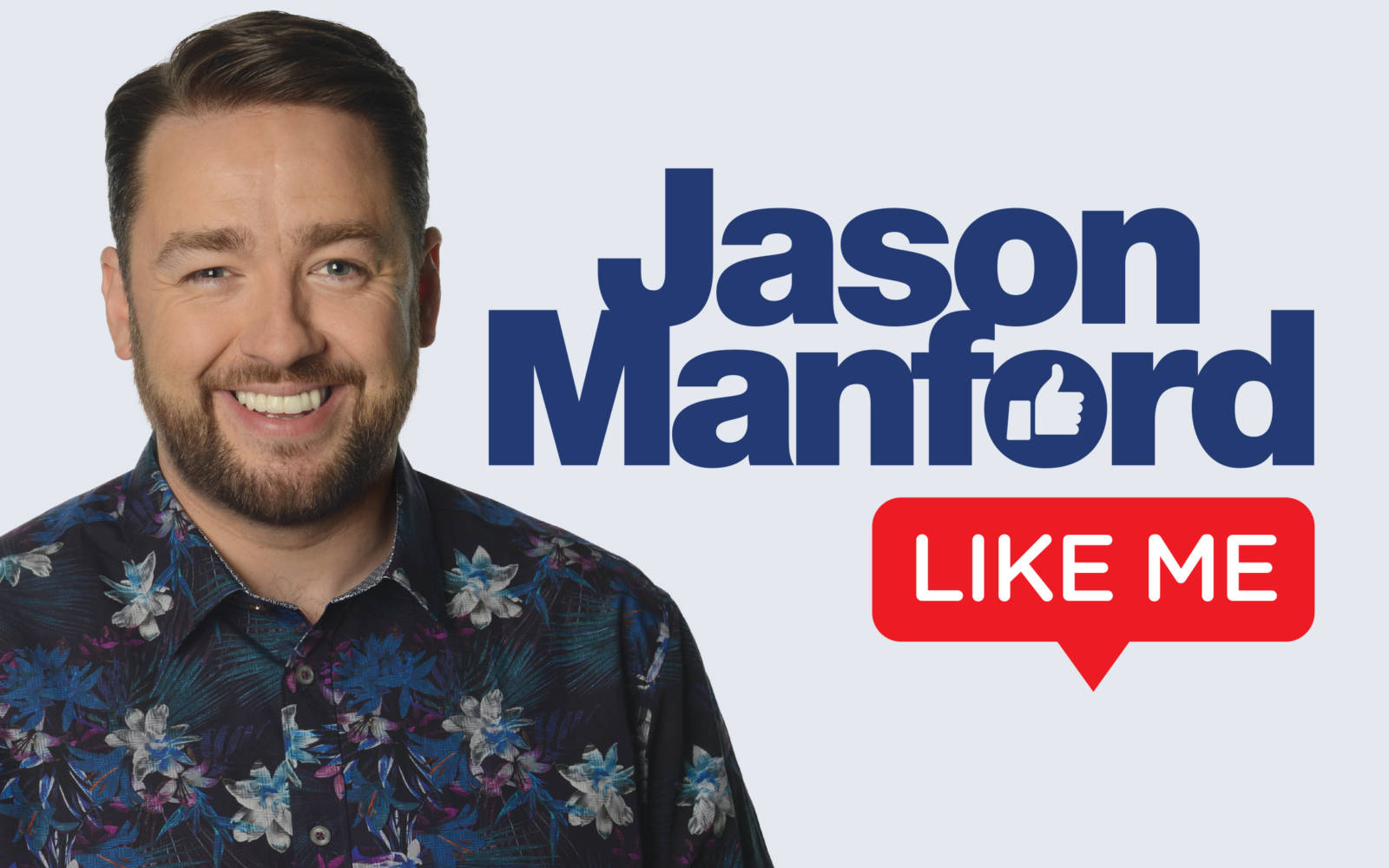 He’s back! It’s been a busy few years for Jason Manford since his last smash-hit stand up show but fans of his Absolute Radio show will know this nationally acclaimed comedian hasn’t changed a bit.  Like Me is Jason’s latest comic offering set to hit the road, and is sure to be “expert observational comedy” (The Guardian) mixed with “comic gold” (Mail on Sunday).

Jason said, “After the fun we had on my last tour Muddle Class, I’m excited to get back on the road with my new stand up show, Like Me. In these trying times it’s always important to be able to get away for a couple of hours and exercise the old chuckle muscle! So I’m coming to a venue near you in 2021 so we can have a good laugh together. See you then.”

First & Last (BBC One), The Masked Singer (ITV1), What Would Your Kid Do? (ITV1), Olivier Awards (ITV1), Scarborough (BBC One), 8 out of 10 Cats (Channel 4), The Nightly Show (ITV1), Sunday Night at the Palladium (ITV1), Live at the Apollo (BBC One), Have I Got News For You, (BBC One), QI (BBC Two) and The Royal Variety Performance (ITV1) have all helped establish Jason as a nationally known comic.

Tickets are £40
Prices displayed include an online per ticket booking fee. No booking fees in person at the Box Office. All prices include a £1.50 restoration levy.

Please note there is an age guidance of 14+ for this event.