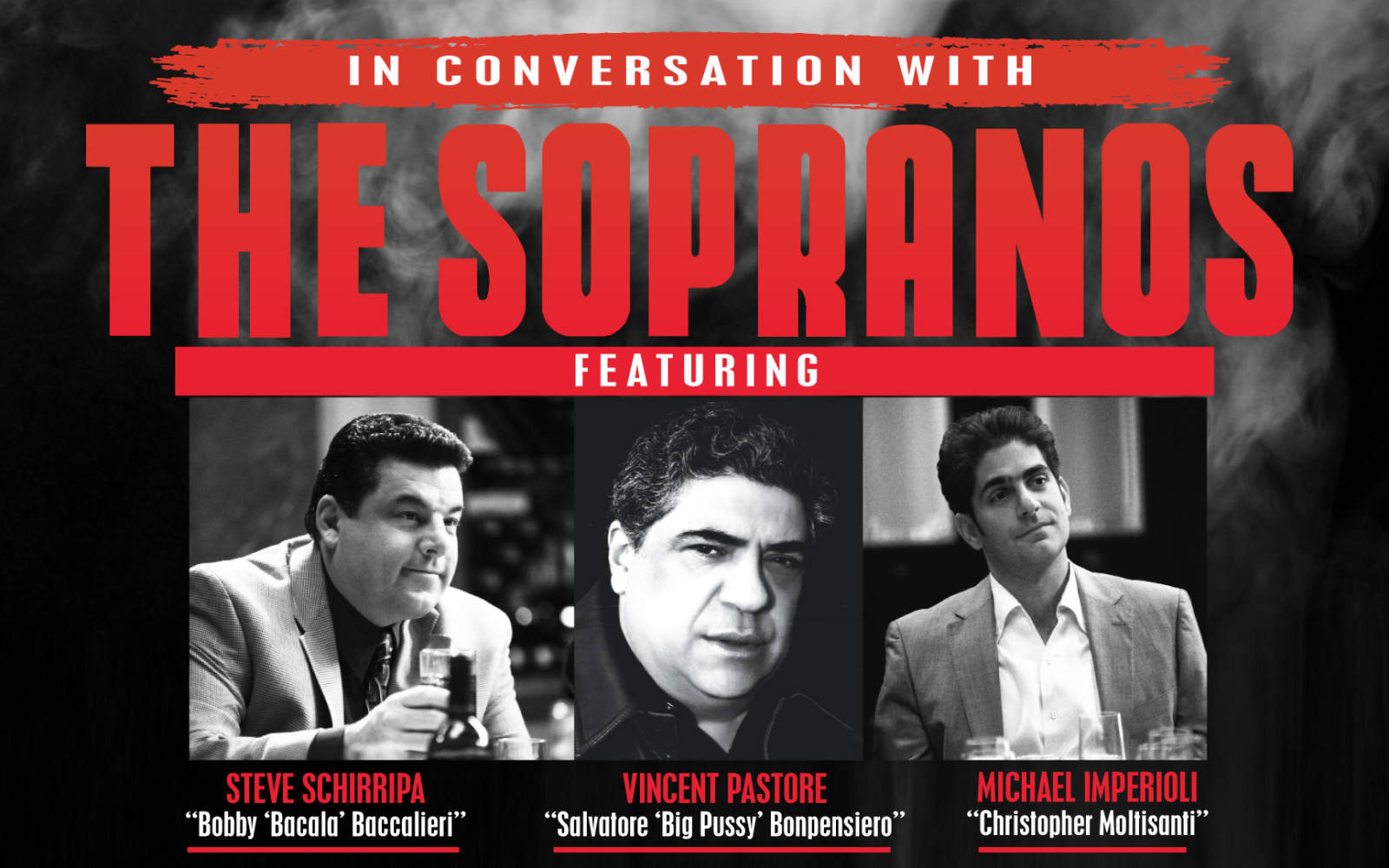 Due to ongoing Covid concerns with the cast, we regret to inform you that the shows will no longer be going ahead. Tickets will be automatically refunded and for any queries, please contact your point of purchase.

We apologise for any inconvenience and thank you for your patience and understanding.

To mark 20 years of The Sopranos, three of the biggest characters from the seminal hit show will come to The London Palladium for an up close and personal ‘In Conversation’ style show.

In 1999 a guilt-ridden gangster walked into a psychiatrist’s office. What followed, over the course of eight years, six legendary series and 86 episodes was a TV revolution. It’s hard to believe it’s been two decades since the world was introduced to Tony Soprano and his wild world of wise guys. To this day, The Sopranos is universally hailed as the most groundbreaking series of all time.

Recently ranked by Rolling Stone as “the greatest TV show of all time” the show remains a prominent, powerful cultural force! The Guardian called it ‘the most masterful show ever’ and GQ said, “The reach, influence and breadth of The Sopranos can’t be overstated”.

David Chase’s uncompromising vision of gangland New Jersey was so successful and so culturally significant that it won a coveted 21 Primetime Emmy Awards and five Golden Globe Awards. The shows fusion of cutting-edge, unpredictable writing and powerhouse acting has ensured The Sopranos remains a classic.

Tim Peake – My Journey To Space