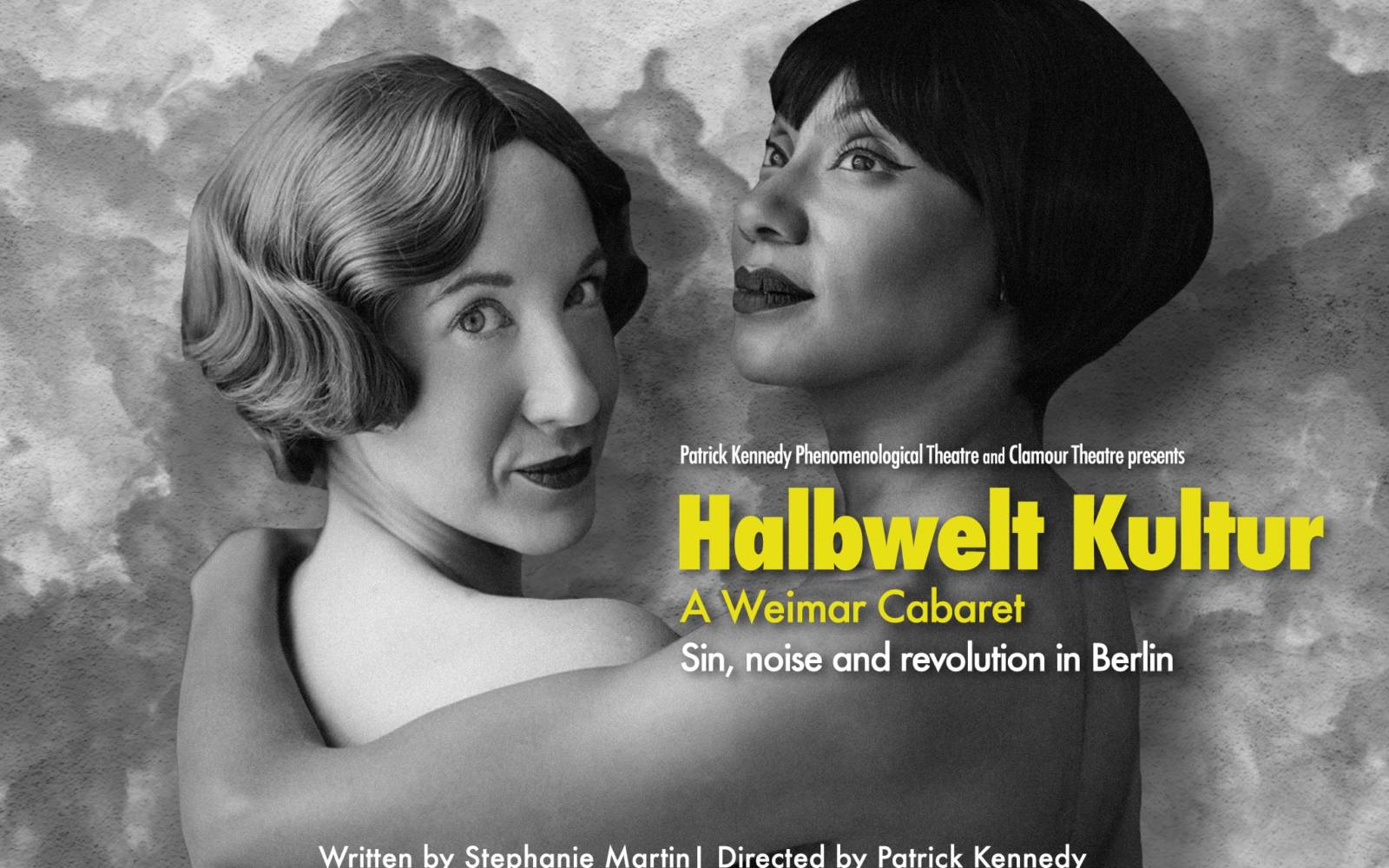 “The German is gross in his immorality. He likes his halbwelt, his underworld pleasures, to be devoid of any kultur, of any refinement.”

Halbwelt Kultur is a musical cabaret which conjures, recreates and pays homage to seven highly influential Weimar Republic women who put their idiosyncratic stamp on Berlin during a period of famous political and social upheaval between the two world wars. These iconic women contributed significantly to the pulsating flair of the metropolis while the Nazi storm on the horizon began to blaze.

Featuring a live jazz band and songs by Kurt Weill, Hanns Eisler, Friedrich Hollaender, Mischa Spoliansky, Halbwelt Kultur immerses audiences in Weimar history and culture, both artistic and political. It narrates stories of the actresses, singers, writers and revolutionaries who became the icons of their fields and stitches monologues with some of the best cabaret songs of all time to form a rich tapestry of Weimar life.

Join our beautiful showgirls for an evening of authentic Weimar decadence, pulchritude, pomp and splendour.