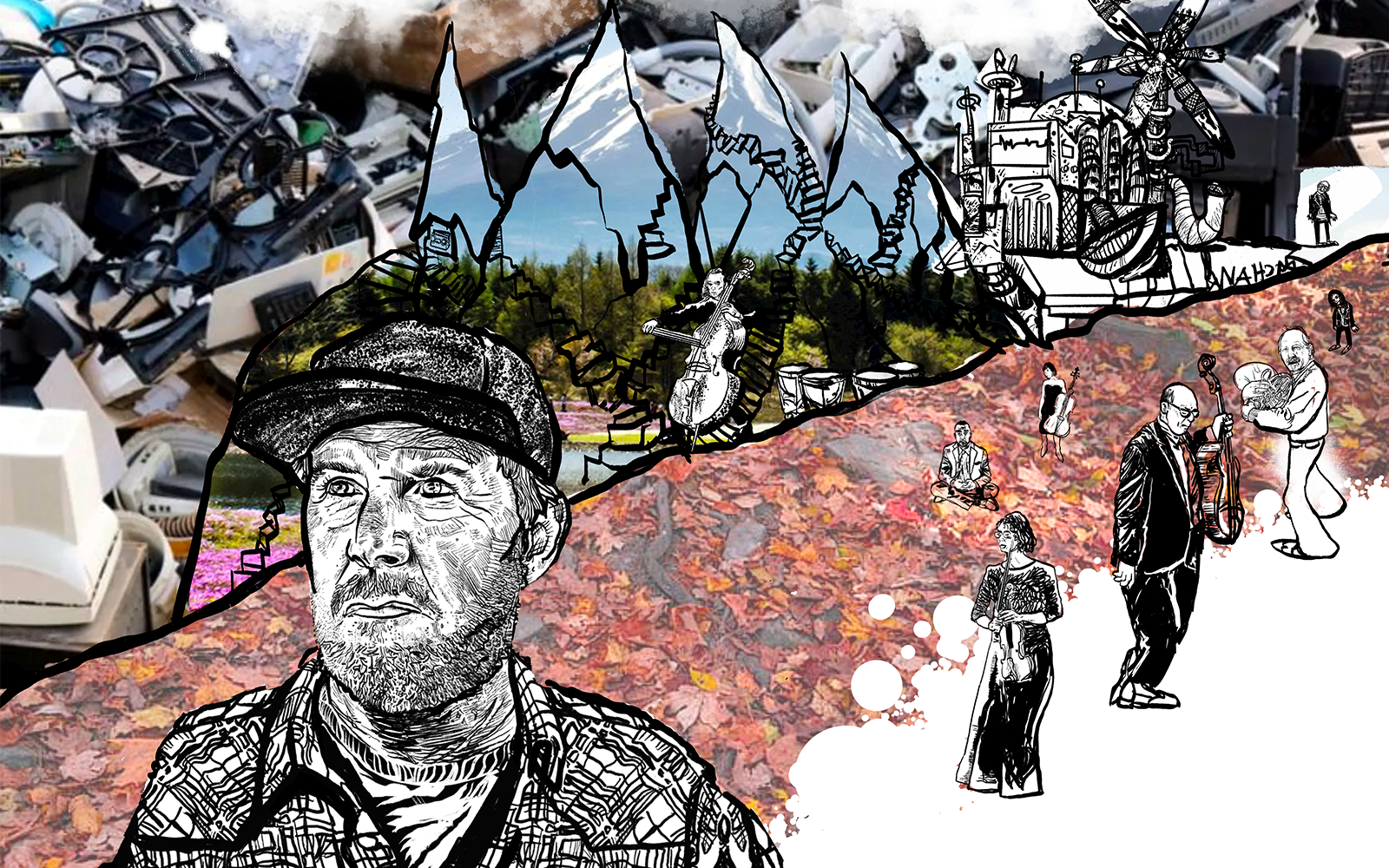 Jason Lytle joins a newly assembled cast of French musicians to form The Lost Machine Orchestra and to lovingly perform The Sophtware Slump and other Grandaddy favourites as you’ve never heard them before.

Grandaddy formed in Modesto, CA in 1992, and consists of Jason Lytle, Aaron Burtch, Tim Dryden, Jim Fairchild and Kevin Garcia. The band initially broke through with 1997’s Under the Western Freeway and the NME-praised single “Summer Here Kids.” The band’s sound,” atmospheric electronics meet warped Americana”, crystallized on 2000’s Sophtware Slump, which was met with breathless hype and earned the band “Next Big Thing” status.

Tireless rounds of international touring and mountains of fawning press led to 2003’s Sumday, increasing album sales, more touring, more press, TV show appearances, and a slot on the main stage at the Glastonbury festival. The band produced another EP and an album entitled Just Like the Fambly Cat, before disbanding in 2006.  Following a brief live reunion in 2012, Grandaddy fully returned in 2017 with Last Place, their first album in over a decade, which was embraced by fans and acclaimed by critics.  A sold out tour followed.