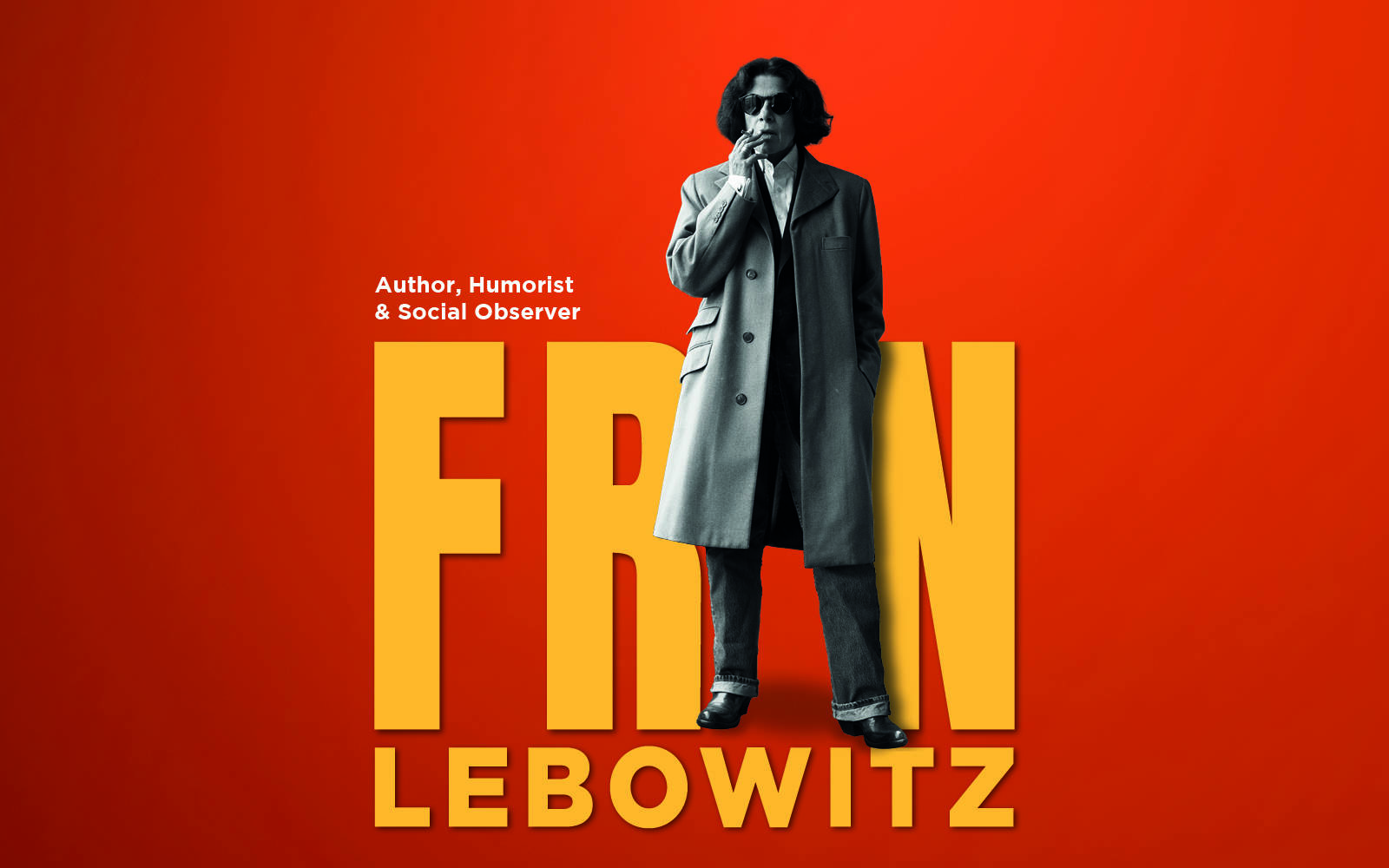 In a cultural landscape filled with endless pundits and talking heads, Fran Lebowitz stands out as one of our most insightful social commentators.

For a limited run of dates, Lebowitz will be live in conversation, sharing her invariably cutting take on anything and everything; from growing up in New Jersey and being expelled from her high school for being a bad influence on her peers, to moving to New York City in the 70s, and writing a column for Andy Warhol’s Interview magazine. She’ll offers insights on such timely issues as gender, race, gay rights, and the media, as well as on her own pet peeves—including celebrity culture, tourists, and baby strollers.

These events promise to be a balm in a wildly shifting world, offering spot-on observations about contemporary living and the opportunity to ask Lebowitz your own controversial questions. Do not miss it.

An American original and purveyor of urban cool, the cultural satirist and author is pointed, forthright, unapologetically opinionated, and known for her hilariously dry social commentary on American life. Lebowitz’s recent Netflix documentary series directed by good friend Martin Scorsese, Pretend It’s A City, was an unmitigated hit with its offering of a tantalizing snapshot of New York in full bloom, along with Lebowitz’s lively and unapologetic commentary on what it means to live there.

“No animal should ever jump up on the dining room furniture unless absolutely certain that he can hold his own in the conversation.” – Fran Lebowitz

An Evening With Tony Hawk