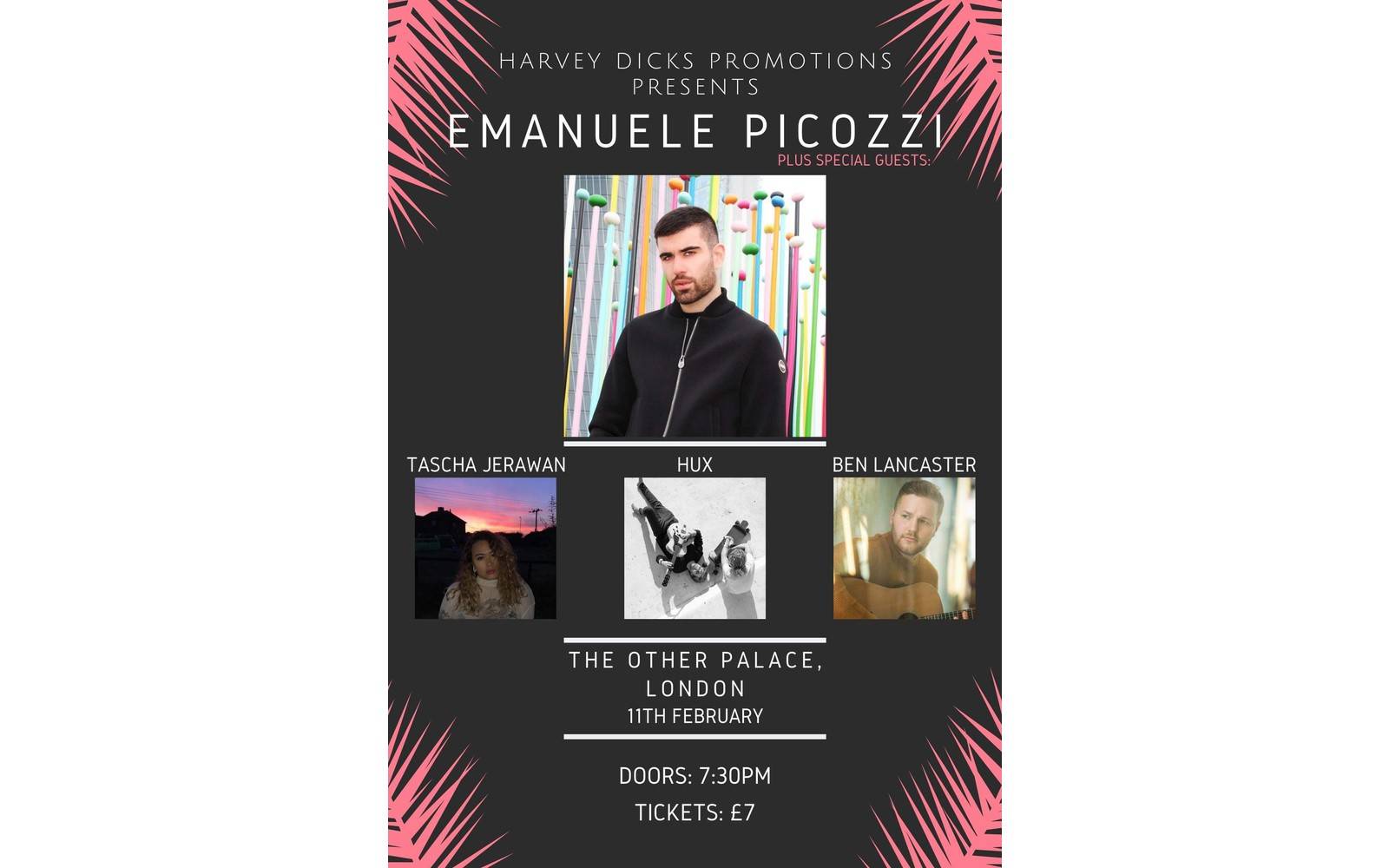 Emanuele Picozzi Live in London 2020 promises to be a fantastic concert showcasing some of the most exciting emerging artists London has to offer. Headlining will be Emanuele Picozzi, an Italian artist well known throughout Europe for his unique and enticing style of songwriting.

As a recipient of the Silver Disc in Italy for his first album, Emanuele was scouted as one of the most influential emerging artists of 2015. He has since gone on to grow a huge following in Italy and is due to release his new album later this year through the record label Warner Music.

Also featured on the night are some incredible established artists from the UK and Europe, such as HuX, so this is a night not to be missed.

Every customer must have their own ticket and be able to sit in their own seat – babes-in-arms are not admitted.