Calling the Shots - An Evening with David Dein & Friends

Booking at the Cambridge Theatre 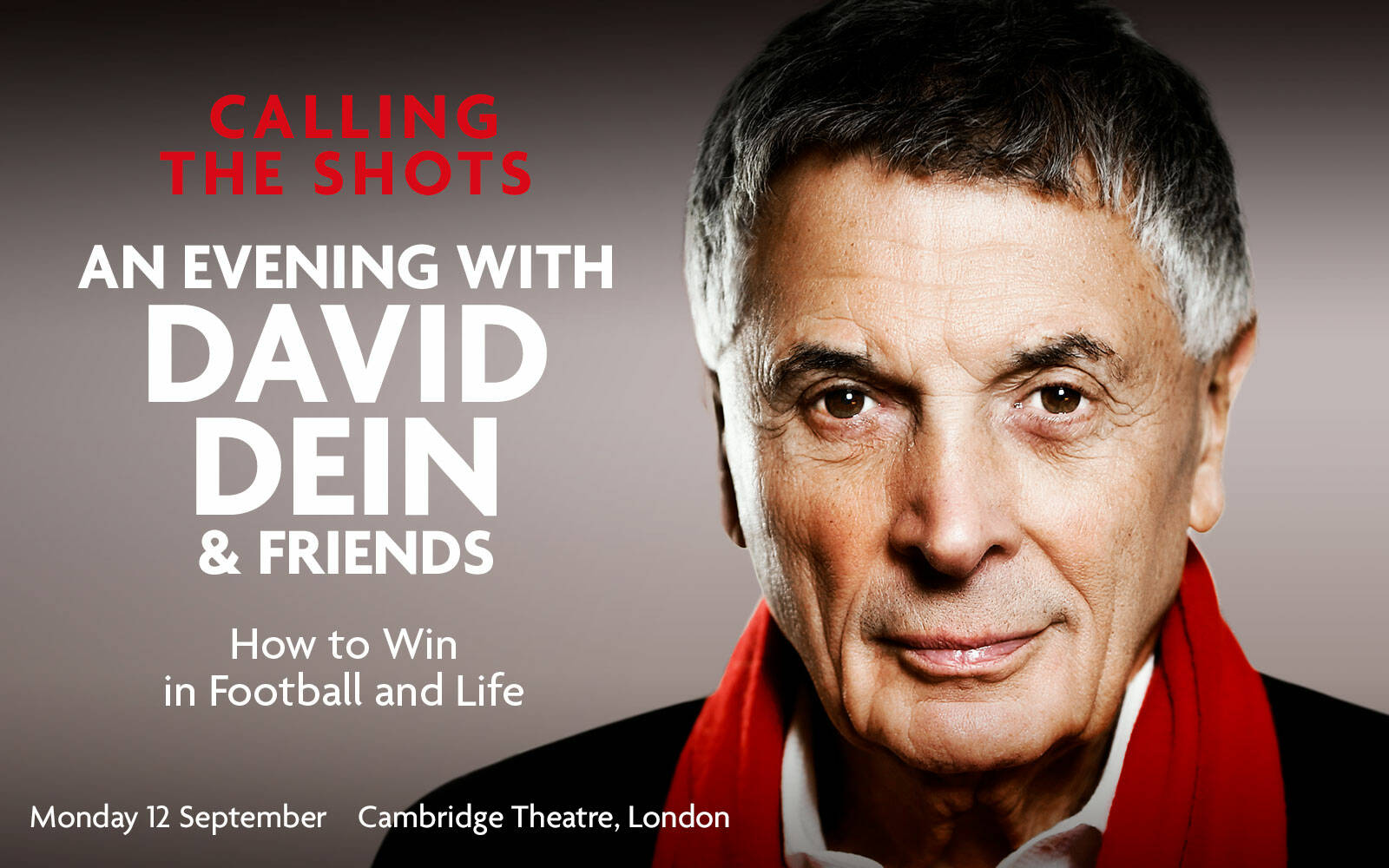 David Dein MBE has been one of the most significant and influential figures in British football for nearly 40 years – former co-owner and vice-chairman of Arsenal Football Club and international ambassador for The Football Association.

Join David for this one-off special event as he celebrates the publication of his autobiography CALLING THE SHOTS: HOW TO WIN IN FOOTBALL AND IN LIFE. In conversation with footballing legends including Arsène Wenger, Sven-Göran Eriksson, Ian Wright, An Invincible, or two or three, and other special guests, David will discuss football past, present and future and share behind-the-scenes stories from Arsenal and the Premier League, a unique opportunity to hear what went on from the man who was in the room when it happened.

The evening will be hosted by Alex Scott.

Each ticket sold includes a copy of CALLING THE SHOTS, signed by David, and the evening will support David’s work with the Twinning Project, a partnership between Her Majesty’s Prison and Probation Service and professional football clubs.

Tim Peake – My Journey To Space

An Evening with Noel Fitzpatrick