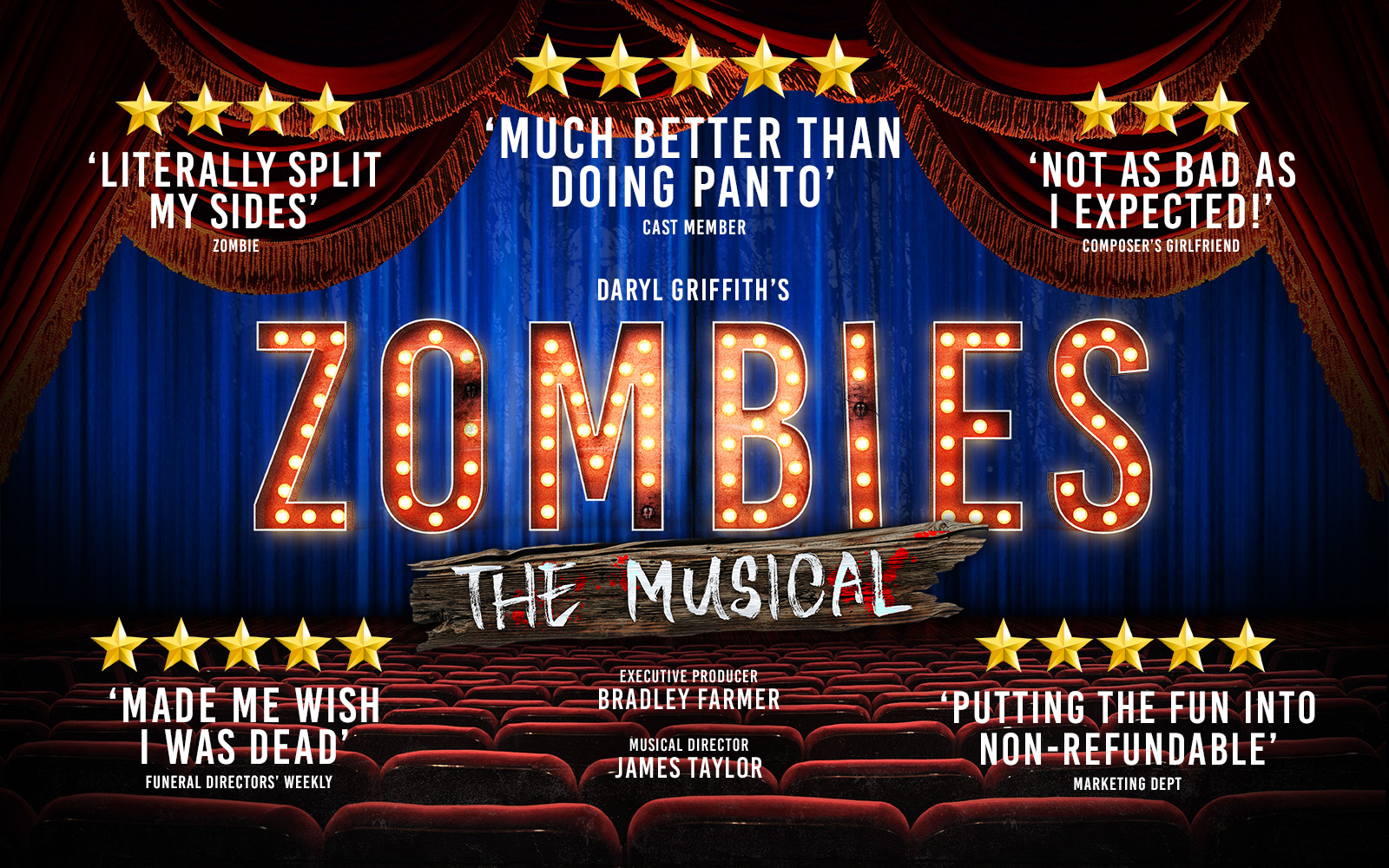 Zombies: The Musical is an irreverent, comedic tale about an experiment gone wrong and an undying search for love. Featuring catchy tunes and cheeky lyrics, the songs will infect your brain and plague your head long after the show is over.

Emily (Joanna Woodward: Beautiful – The Carole King Musical, Little Shop of Horrors) is an unassuming laboratory scientist hopelessly in love with the Director of the Institute, the good-looking but arrogant Gerald (Stephen Rahman-Hughes – West Side Story, EastEnders). A mishap in the lab causes a terrible explosion and triggers a lab shut down, trapping Gerald behind the safety glass. Overcome by fumes, he’s ultimately pronounced dead at the scene – but is he?

As the two star-crossed would-be lovers search for each other in death, we encounter a dizzying and comic array of characters brought (back) to life by Jeremy Batt, Michelle Bishop, Sophia Lewis, Pearce Barron, Verity Power, Jacqueline Tate, Joshua Tonks and Ashley Samuels respectively. Between them, their credits include Kinky Boots, Les Miserables, Fame, Saturday Night Fever, Glasgow Girls, Disney’s Newsies, Book of Mormon, Avenue Q, The Phantom of the Opera and The Sound of Music.

Composer, lyricist and musical director Daryl is formerly principal pianist and conductor at English National Ballet, and his music appears in programmes as diverse as The Apprentice, Sex & the City and a Star Wars trailer. Bradley’s credits include music-editing Baby Driver and Netflix’s Our Planet.

Please note this is a semi-staged showcase to gauge initial audience reactions, so there is minimal costuming and staging.

Please be aware that flashing lights and strobes may be used in the performance.