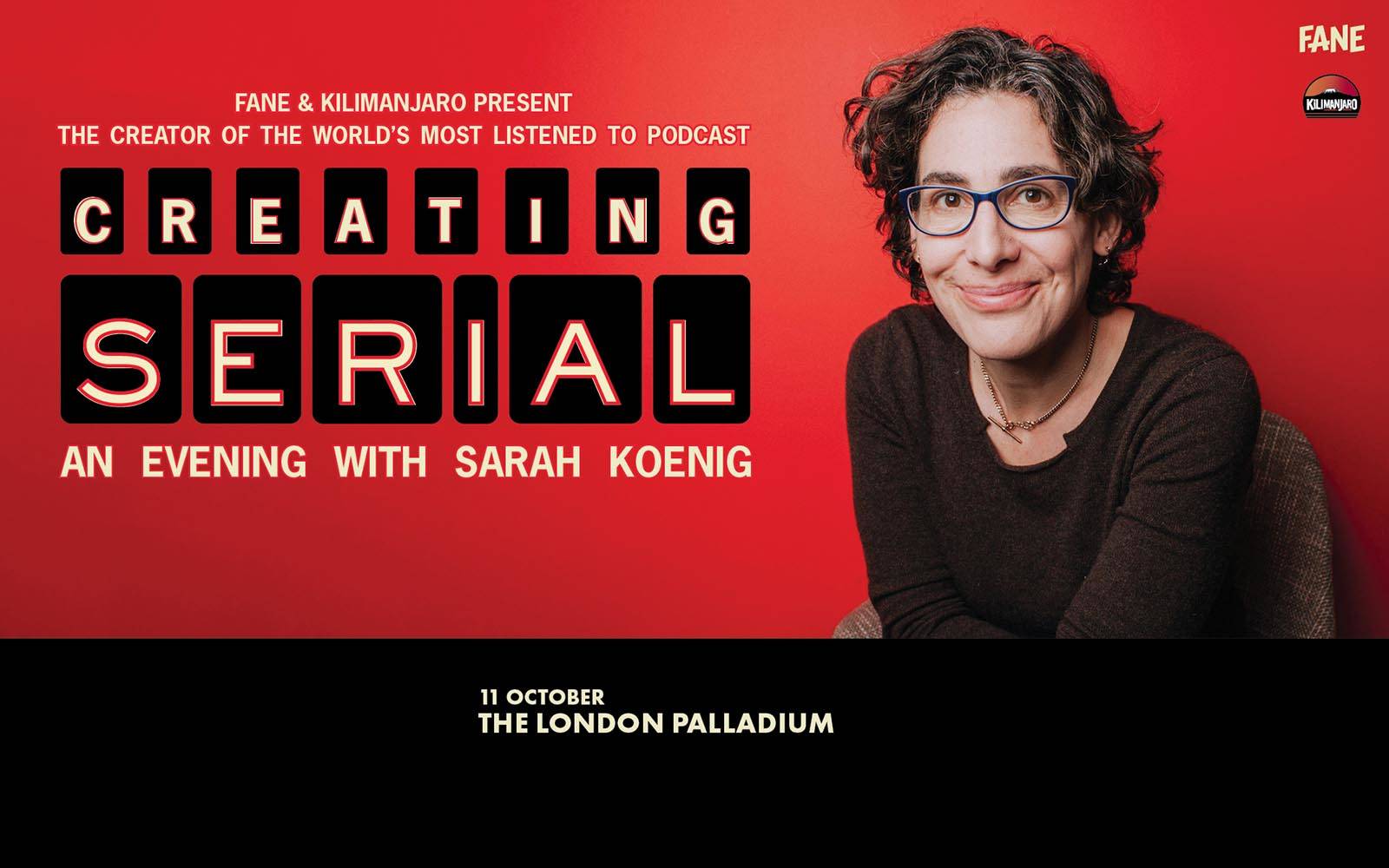 Due to unforeseen circumstances, Creating Serial: An Evening with Sarah Koenig at The London Palladium on Monday 11 October 2021 is no longer going ahead.

Bookings will automatically be refunded within 7-10 working days.

After a sell-out US arena tour, Creating Serial is heading to the UK for the first time, for two exclusive live dates.

Launched in 2014, Serial became the fastest podcast to reach five million downloads in iTunes history. The first season presented a 12-part series on one legal case: a true story concerning the murder of Hae Min Lee in Baltimore, 1999. The story captivated its audience, with episodes downloaded more than 420 million times (and counting), making it the world’s most listened to podcast. Now in its third season, the podcast has become synonymous with high-quality investigative journalism.

Join host and creator Sarah Koenig for this live event as she goes behind the scenes to lay out the challenges, the surprises, and the personal ups and downs of creating a new form of modern storytelling.