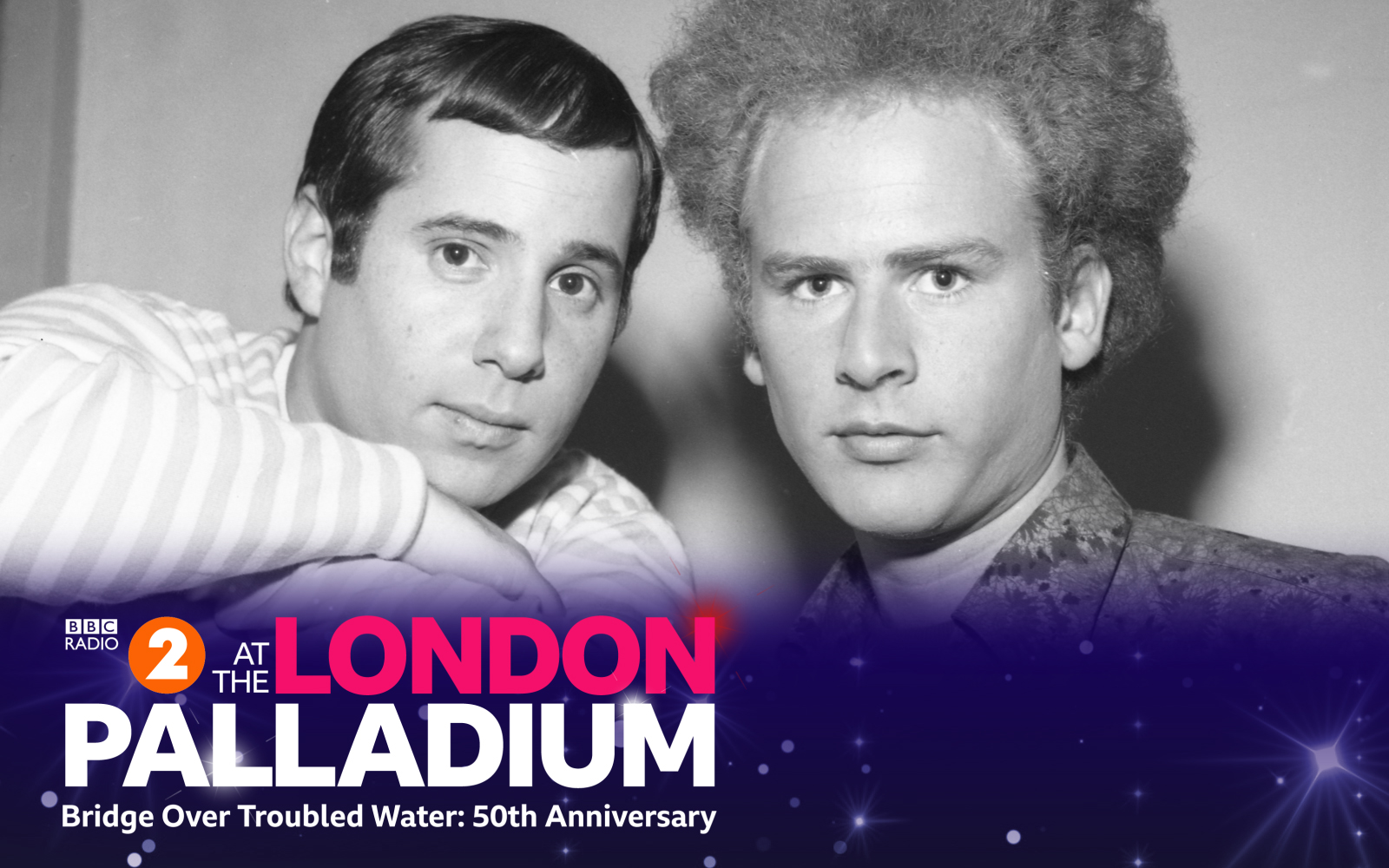 They are one of the most successful singing duos of all time. They’ve won nine Grammy Awards and five Rock and Roll Hall of Fame Awards and have sold over 100 million albums worldwide. Now BBC Radio 2 celebrates the 50th anniversary of Simon and Garfunkel’s most successful album of all time – Bridge Over Troubled Water.

If you’re down and out and feelin’ small, come to this extraordinary celebration of Simon and Garfunkel!

Tickets from £29 – £73
Prices displayed include an online per ticket booking fee. No booking fees in person at the Box Office. All prices include a £1.50 restoration levy.