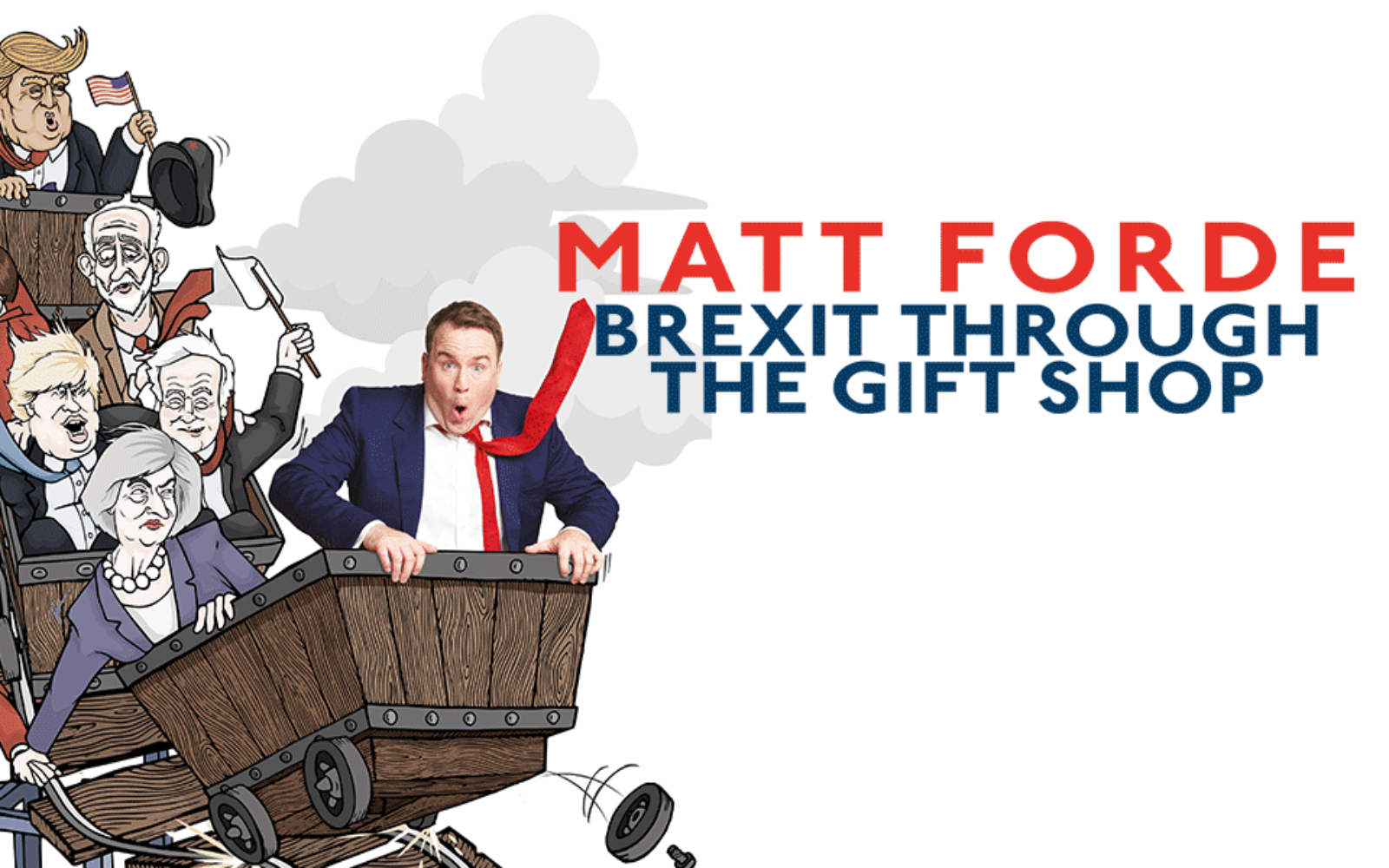 The whole thing is a mess and only one person can sort it out. Sadly, we have no idea who it is.

Join Britain’s leading political comedian, Matt Forde, for his smash-hit, sell-out Edinburgh show as he waves goodbye to life as an EU citizen.

As host of four series of Unspun with Matt Forde on Dave and his own chart-topping Political Party podcast, Matt has interviewed some of British politics’ biggest and most notorious characters including Tony Blair, David Davis, Ruth Davidson, Nigel Farage, Anna Soubry, Ed Balls and Jacob Rees-Mogg and the podcast sells out months in advance.

Matt also hosts Absolute Radio’s Rock n Roll Football and has appeared on shows including Have I Got News For You, Mock the Week, The Royal Variety Performance and Question Time.

“Is there a better political comic than Matt Forde currently working in the UK? I can’t think of another to touch him”★★★★½ Chortle
“A stand-up of rare skill”★★★★ The Sunday Times

RUNNING TIME
To be confirmed